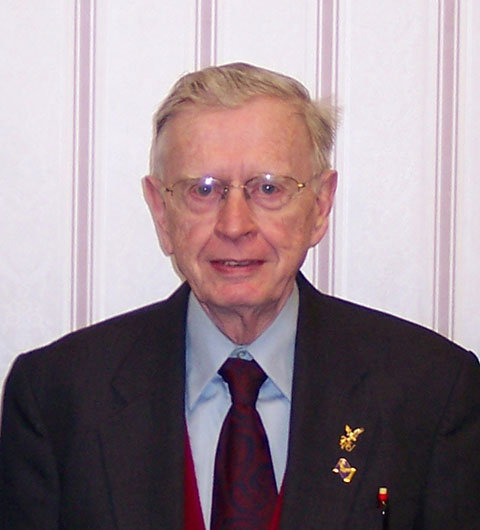 Dr. Reimann served as Director of the Malcolm Baldrige National Quality Award and Director for Quality Programs at the National Institute of Standards and Technology (NIST), from the inception of the Award in 1987 until his retirement in 1995. The Malcolm Baldrige National Quality Award, created by Public Law 100-107, was established to promote quality awareness, recognize excellent U.S. companies, and publicize successful quality strategies.

During his career at NIST, Dr. Reimann served as Deputy Director of the National Measurement Laboratory, the NIST organization responsible for the nation's basic physical, chemical, and radiation measurements and standards. Earlier, Dr. Reimann served as Director of the NIST Center for Analytical Chemistry, as Program Manager for Solid State Data, Office of Standard Reference Data and as Scientific Assistant to the Director of Commerce Gold Medal for leadership of NIST services in chemical measurements and the Silver Medal for leadership in the NIST energy conservation task force.

In 1989, Dr. Reimann was recognized by The Quality Review as one of the "Ten Most Influential Figures in Quality for 1988." In 1992, Dr. Reimann received a Distinguished Rank Award from President Bush. In 1993, Dr. Reimann was named a Fellow of the World Academy of Productivity Science. In 1994, he received the Quality and Productivity Management Association's Leadership Award. In 1995, he was the recipient of the Tennessee Governor's Quality Award. In 1996, a scholarship was established in his name at the University of Michigan Business School.

Dr. Reimann has served on a variety of business, professional, educational, and other advisory bodies including The Conference Board, the National Alliance for Business, the University of Minnesota's Juran Center for Leadership in Quality, the American Chemical Society, the Instrument Society of America's Standards and Practices Board and the United Way of America.

Since his retirement from NIST in December 1995, Dr. Reimann has served the NIST Manufacturing Extension Partnership. In addition to holding the W. Eugene Mayberry Chair of Excellence since 1996 at Tennessee Technological University, College of Business Administration, Dr. Reimann also served as Executive in Residence at American University's Kogod School of Business in Washington, DC.