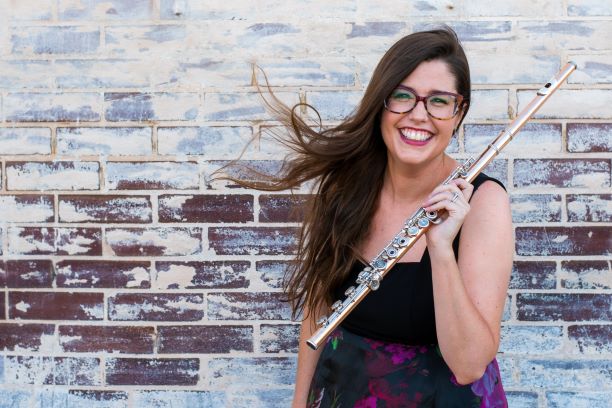 Flutist Mary Matthews' playing is described as lovely and elegant but also aggressively declamatory, with a gorgeous dark tone (Flutist Quarterly). She enjoys an active career as an international soloist, chamber musician, and orchestral flutist and has performed on four continents in venues such as Carnegie Hall, Severance Hall, the Sydney Conservatorium of Music, Fundação Universidade do Sul de Santa Catarina, Festival Goethe Institut Música Nueva, and Cité Internationale des Arts. She has performed as a soloist and chamber musician at the Newport Music Festival and is a member of the Maryland Wind Festival. Dr. Matthews joined the faculty at Tennessee Technological University in 2018. As part of her work at Tennessee Tech, she is principal flutist of the Bryan Symphony Orchestra and is a member of the Cumberland Quintet.

A sought-after performer of new music, Mary has premiered over 30 new works by prominent American composers. She is known for her command of extended techniques and her adventurous programming. In February of 2018, she released the album "Three-Nine Line" on the MSR Classics label in collaboration with flutist-composer Nicole Chamberlain and flutist Matthew Angelo. The album features Nicole Chamberlain's solo, duo, and trio works for flute. Additionally, she is half of Duo Rossignol with soprano Hillary LaBonte, and the two have been featured at New Music Gathering, the Dairy Arts Center's Soundscape series, and the National Flute Association convention. She also performs as a member of the Khemia Ensemble, a 12-member ensemble dedicated to the programming of diverse and innovative repertoire.

Dr. Matthews has presented masterclasses, recitals, and lectures at Colorado State University, the Metropolitan State University of Denver, The University of Wyoming, Bowling Green State University, Baldwin Wallace Conservatory of Music, El Instituto Eduardo Laredo, and the Peabody Institute, among others. Prior to relocating to Tennessee, she was on faculty at The Hartt School Community Division in West Hartford, CT for four years where she served as head of the Adult Chamber Music Program and launched the Suzuki flute program. Additionally, Dr. Matthews was an adjunct faculty member at The University of Hartford's The Hartt School, a flute faculty member at the International School of Music in Bethesda, MD, a woodwinds faculty member at the Parlando School for Musical Arts in Boulder, CO, and a teaching artist with the el sistema programs, El Sistema Colorado and the Hartford Symphony’s CityMusic.