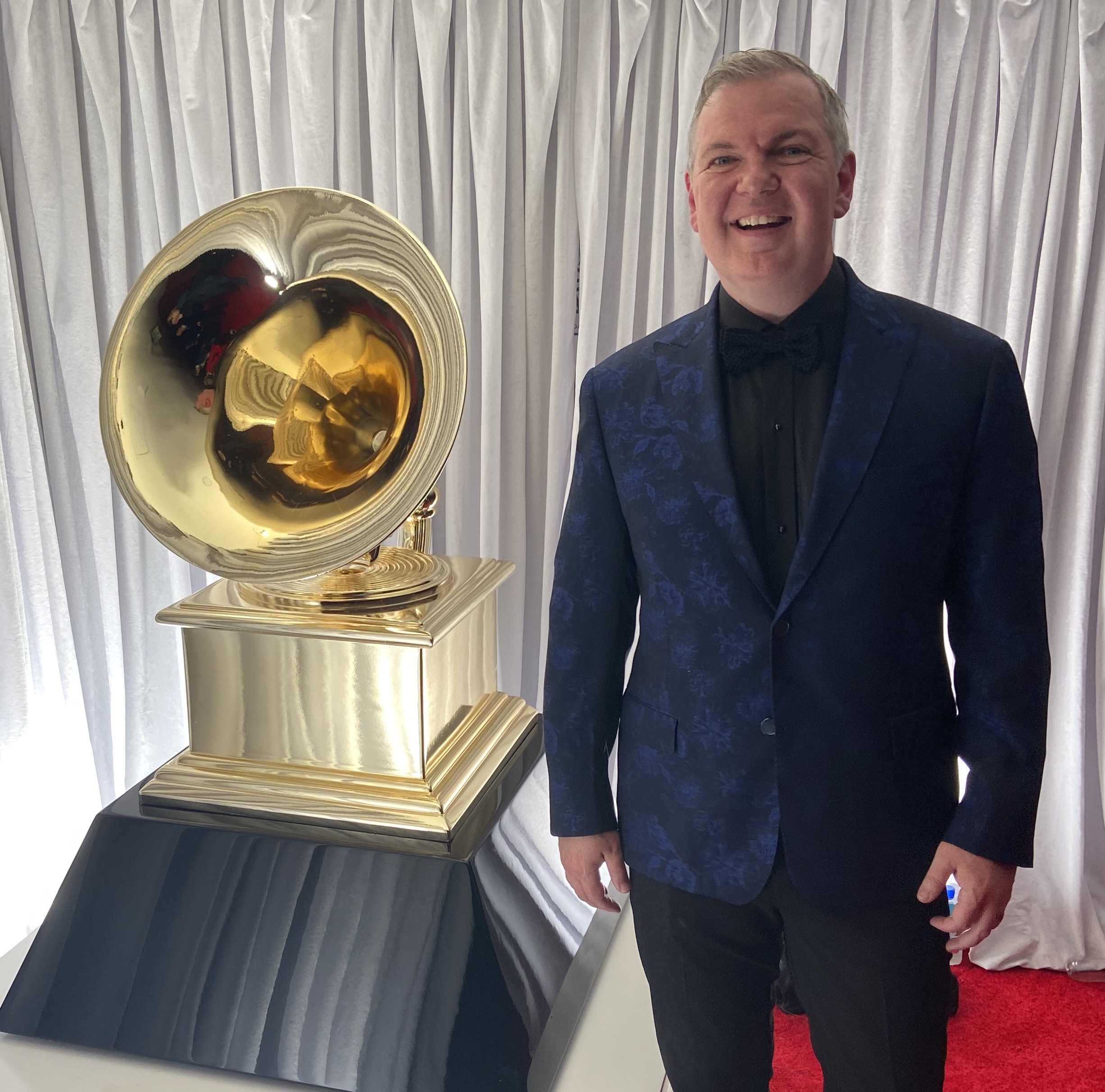 Craig Terry has performed with the world’s leading singers and instrumentalists since he graduated from Tennessee Tech with a bachelor in music education in 1996, but nothing compares to winning a Grammy Award.

Terry is one of five people who won the Best Classical Solo Vocal Album Grammy, his first nomination and win, during the 62nd annual Grammy Awards issued Jan. 26 in Los Angeles.

“I was completely shocked,” Terry said. “The adrenaline, excitement and joy were like nothing I had ever experienced. Both a nomination and an award were a complete surprise and a dream come true.”

Not only is he the pianist on the Grammy-winning album “Songplay,” but he arranged all of the music and served as musical director.

“Joyce (DiDonato, American opera singer) is a dear friend and an artistic inspiration,” he said. “We first worked together at Lyric Opera of Chicago in 2008 and hit it off right away. In 2013, she first invited me to play some recitals with her and a couple of years later, we toured South America, Spain and Portugal together, which remains one of the highlights of my career.”

His time at Tech was a wholly immersive musical experience as he was playing and studying both horn and piano, learning from professors Arthur LaBar and Catherine Godes.

He also performed with the Tennessee Tech Chorale, which was under the direction of Robert Wright and Bryan Symphony Orchestra conductor John Dodson at the time.

“They first planted the seed that I might have a realistic chance of a career as a pianist,” he said. “As there weren’t so many undergraduate pianists when I was a student, I regularly collaborated with a large number of my classmates, often performing on the Wattenbarger stage five or more times per week.”

He also played in the Symphonic Band under Joseph Hermann.

Godes, an associate professor in music, had Terry as a student. She and her husband, who is also a musician, saw Terry’s talent and took him under their wings to guide him and help him improve his skills.

“He is a great vocal accompanist and sight reader,” Godes said. “As a teacher working with a young student, his talent was unusual, he just needed the right guidance.”

She recalled him winning the Derryberry Competition while at Tech.

“We are thrilled for Craig and this is a great honor and recognition of his talent,” she said. “I continue to hear amazing accomplishments of our music alumni and the pride in which they speak of their education at Tech. The hard work of our dedicated faculty has helped launch students such as Craig on a very successful journey. We are incredibly excited for him!”

Terry’s love for music stems from when he was a child.

“I can’t remember a time in which I wasn’t involved in music,” he said. “I’ve always loved it and playing multiple instruments when I was a child gave me lots of different opportunities to perform in diverse musical genres. I played the piano by ear from the time I was five years old and was fortunate to have incredible teachers and mentors in my hometown of Tullahoma who were lavish with encouragement and opportunities. I was also fortunate to have many professional doors open at just the perfect time to make my career as a performing pianist possible.”

“Songplay” was a labor of love, he said.

Following his graduation from Tech, Terry continued his studies at Florida State University and received a Masters of Music in Collaborative Piano from the Manhattan School of Music. Currently, he serves as music director of the Patrick G. and Shirley W. Ryan Opera Center at Lyric Opera of Chicago after having served for 11 seasons at Lyric as assistant conductor.

Previously, he served as assistant conductor at the Metropolitan Opera after joining its Lindemann Young Artist Development Program.

“My time at Tech could not have been more special, nor better prepared me for what was to come,” he said.

Terry is not the only Tech alumnus to win a Grammy. Blanton Alspaugh, who earned a bachelor’s in music education in 1981, has received eight Grammys since 2008, including Producer of the Year, Best Opera Recording, Best Choral Performance, and best ensemble performance. 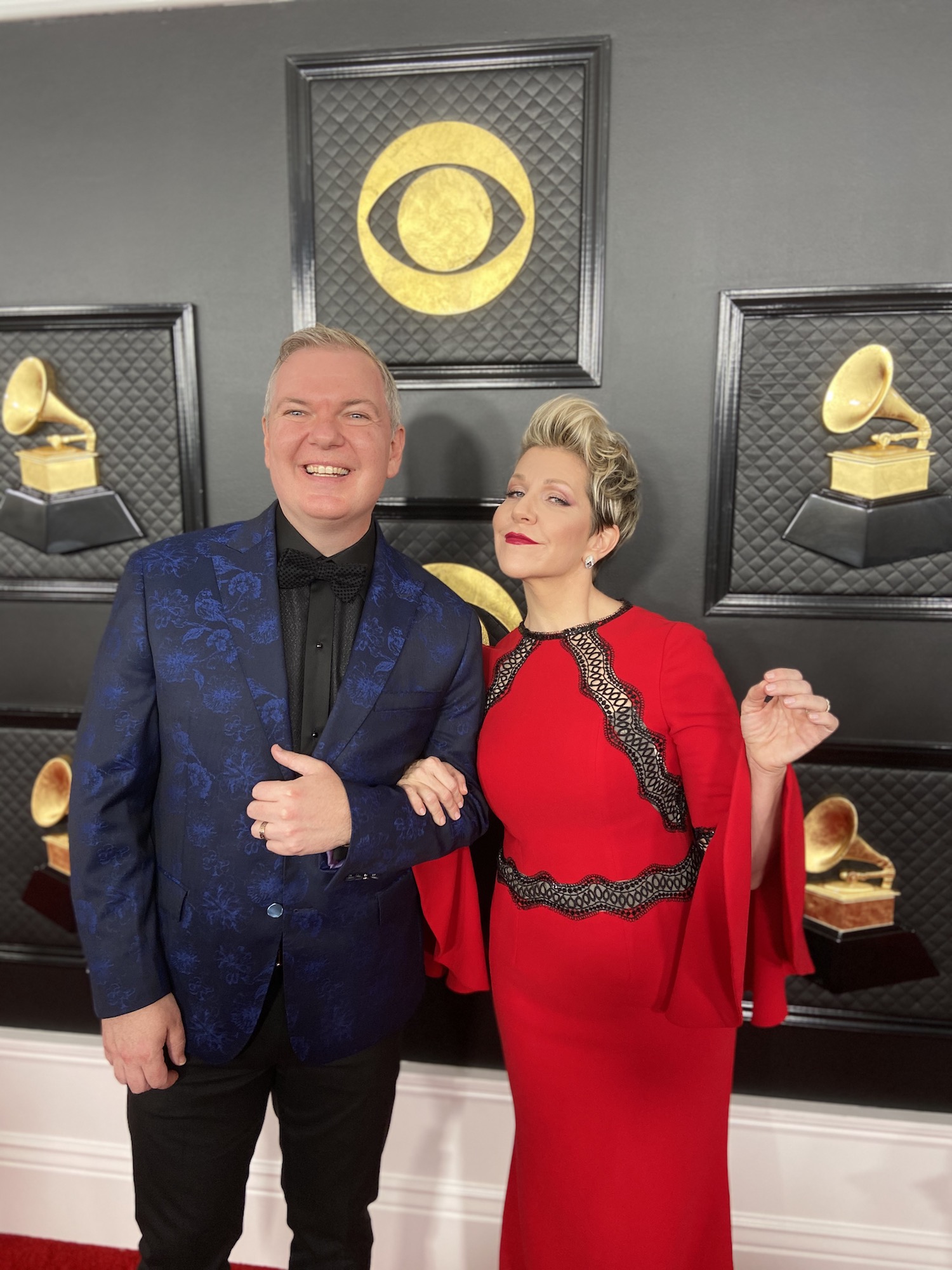 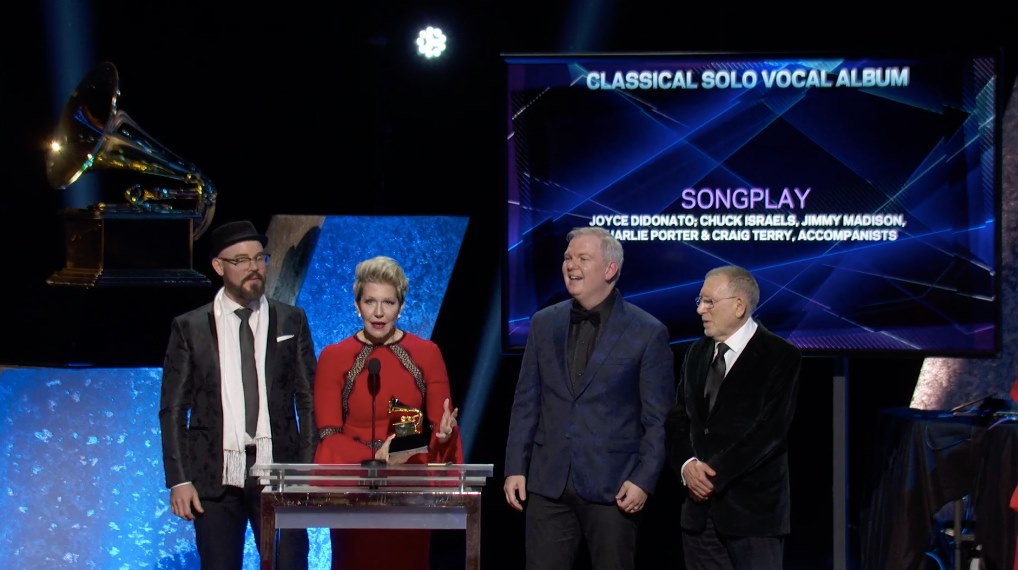