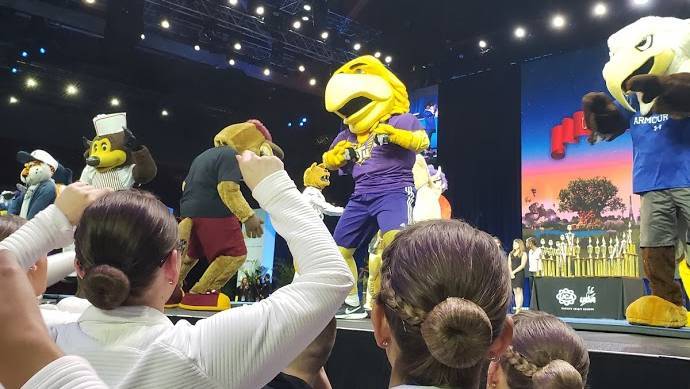 Our beloved Awesome is still a great hit with Tennessee Tech fans today.

Named after "Evil Knievel." Both "Evils" were known for daredevil stunts.

Charge! The 1966 Eagle Squad was led by "Golden Eagle," our very first mascot.