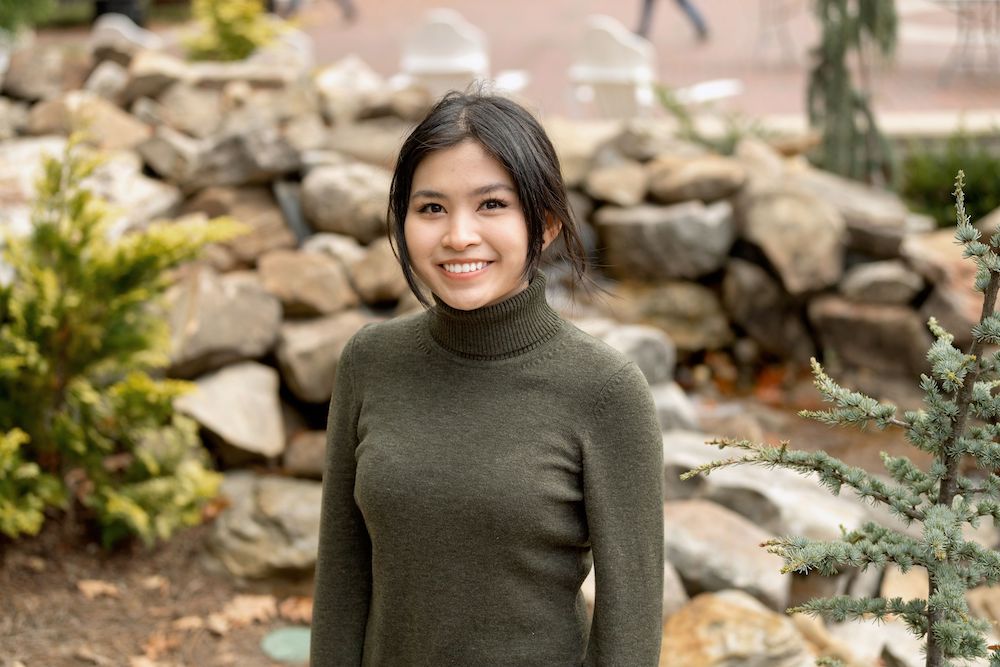 A student who started Tennessee Tech University this fall after graduating from high school in the spring did so with a head start.

Minh Vu, a computer science major, graduated from Cookeville High School in May 2022, and is already classified as a junior at Tech.

Vu graduated from CHS with 70 credit hours by utilizing the opportunities of Advanced Placement Courses, International Baccalaureate Diploma Programme, and the Tennessee Governor’s School. She then took two summer classes at three credit hours each for a total of 76 credit hours as of August.

Vu, who is an only child and a first-generation college student immigrated with her parents from Vietnam in 2009. They spent a year in Pennsylvania then moved to Cookeville. She is bilingual in English and Vietnamese, and has a “limited working proficiency in Spanish.”

Choosing to attend Tech was an easy decision for Vu. In addition to the quality computer science program offered, proximity and cost were also factors.

“I live a seven minutes' drive from campus and received scholarships that cover all my costs with money to spare,” Vu said.

She will have her undergraduate degree in May 2024, but plans to attend graduate school to obtain her masters in computer science “since it's only an extra year.”

AP is a program of classes developed by the college board to give high school students an introduction to college-level classes and also gain college credit before even graduating high school.

The IB Diploma Programme is available only through an approved IB World School, and provides high school students the opportunity to take a rigorous, pre-university course of studies.

She attended the University of Tennessee Martin's Governor's School of the Humanities her sophomore year of high school, the summer of 2020.

As she did in high school, Vu is taking advantage of every opportunity presented to her at Tech.  She attended the career fair earlier this fall and was successful in securing two employment opportunities.

“I went to the career fair where I had an interview opportunity. Now I have an enterprise software engineering internship offer at the US Air Force for Summer 2023,” Vu said.  “I was also offered an opportunity to work on-campus at iCube where I'm able to learn about web development.”

Vu credits her parents for her drive, determination and strong work ethic. Both her parents are nail technicians at a nail spa here in Cookeville.

“Seeing my parents work from 8 a.m. to 10 p.m. emphasized the fact that education opens doors. I want a more comfortable life for myself and for my parents,” Vu said. “My parents do not push me academically, but they're good role models when it comes to work ethic.”

Vu’s career goals are to work in the computer science industry as a software engineer at Google and to do real estate investing on the side.

Although technically a junior, Vu did participate in several of the freshman activities at the beginning of the semester.  She joined several clubs such as the Association for Computing Machinery’s Committee on Women in Computing, the Japanese Club and the Badminton Club.

“I went to the Mix and Mingle where I joined ACM/ACM-W. I met a lot of my friends here and now I'm the club's secretary,” Vu said.

In addition to her job at school, classes, clubs and family commitments, Vu does find time to relax, although technically several of her relaxing activities also involve computers.

Earning those 70 credit hours [in high school] was not without sacrifice, struggle, hardship and uncertainty according to Vu.

“Graduating early and accumulating hours isn't everything. A lot of my hobbies like painting, poetry, etc., were put on the back burner for years, and when it came time to choose a major, I realized I had no clue what I liked to do,” Vu said.

Vu ended up choosing computer science as her major because she said coding has elements of visual arts, design and self-expression, which she values. According to Vu, coming across a visually appealing, intuitive, and interactive website or app can have a direct influence on a person.

“Our environment can greatly impact our mood, and since we spend the majority of our time on our devices, it's important to have a space that gives us that boost of serotonin, which is why I'd love a career in product design or user interface design,” Vu said. “A lucrative tech career where I can be creative is gratifying.”