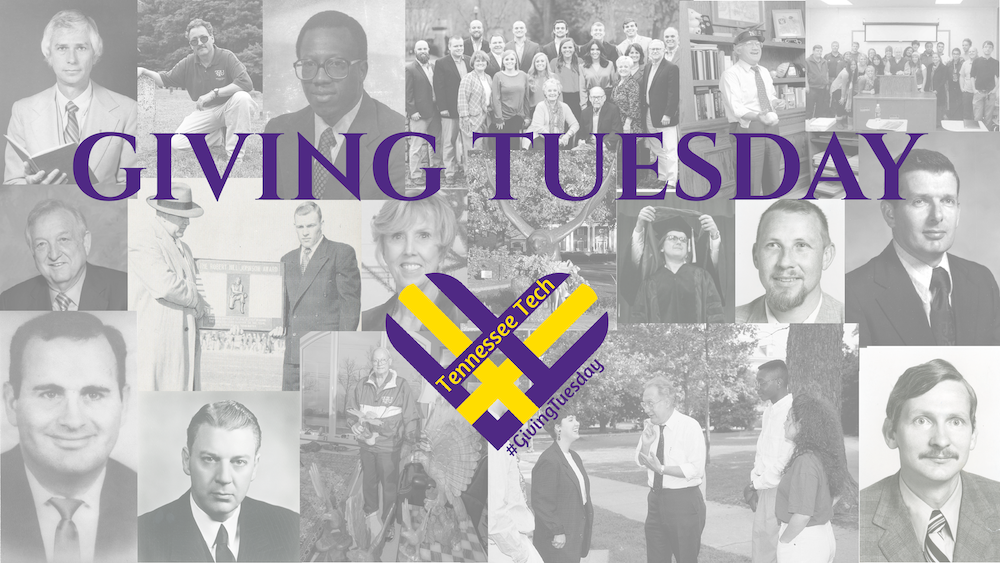 On this year’s Giving Tuesday, Tennessee Tech University honored professors, administrators, coaches and benefactors by inviting the Golden Eagle community to make a gift in honor or memory of someone who had an impact on their college experience.

Since 2016, Tech has participated in Giving Tuesday, an international day of giving when people all over the world support causes that have a positive impact on their communities. Giving Tuesday is celebrated on the Tuesday after Thanksgiving each year.

“Tech lost many impactful members of the Golden Eagle community over the last few years,” said Kathleen Lordo, digital media coordinator for Tech’s Crawford Alumni Center. “And we’ve heard so many stories from alumni and people in the community about how these individuals made lasting impressions. It’s not uncommon for alumni to tell us about professors they had 50 years ago and the classes they took or advice they received that changed their lives.”

“Giving Tuesday gave alumni the chance to honor and thank the people in their lives who maybe they wish they had thanked years ago,” Lordo said. “And they got to do it in a way that will benefit the next generation of students.”

Invest in the Tech Experience

From a scholarship that helps a student in financial need, to the opportunity to meet an inspirational entrepreneur, to professional development opportunities that prepare a graduate to succeed in the workforce, donor support makes the Tech Experience possible.