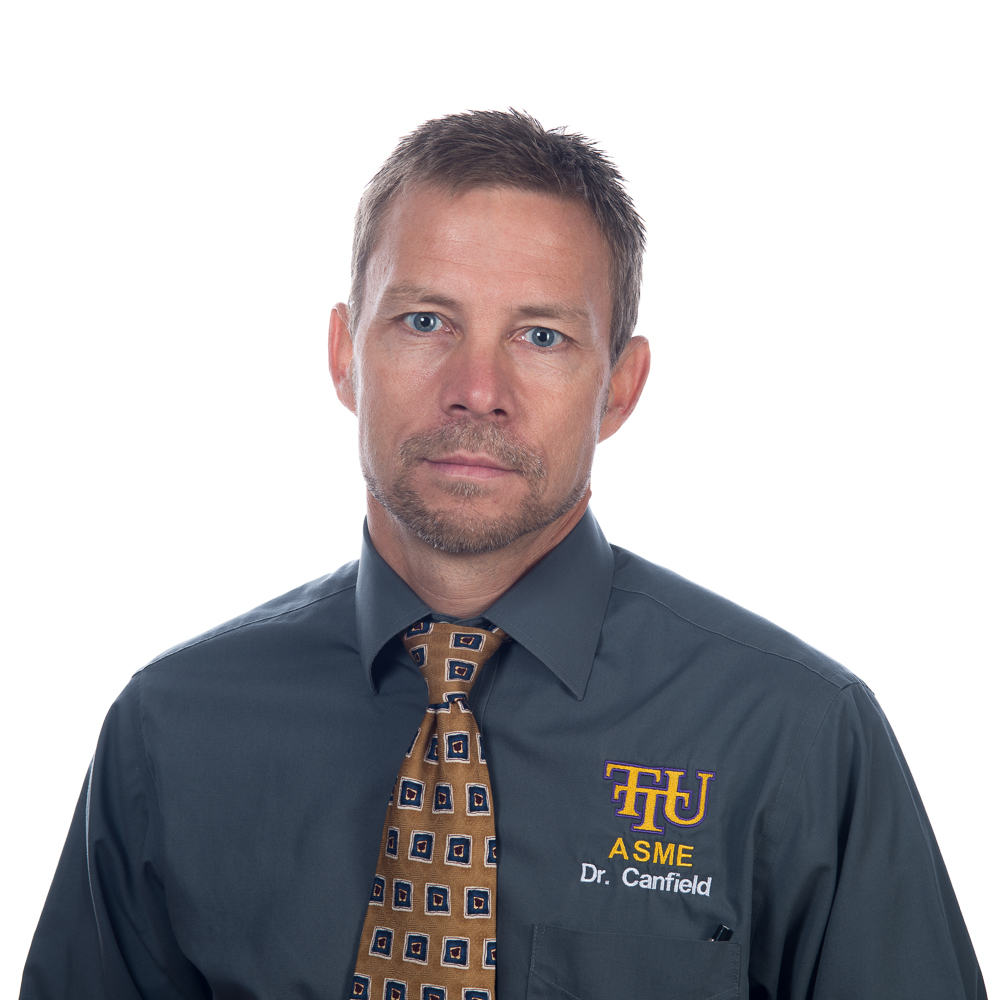 Dr. Stephen Canfield is a professor in the Department of Mechanical Engineering and a T.S. McCord Faculty Fellow in Innovation and Techno-Entrepreneurship at Tennessee Technological University. He received his Ph.D. in mechanical engineering at Virginia Tech in the field of parallel architecture robotics.  His research interests include robot kinematics and dynamics, topological optimization of compliant manipulators, and in-space mechanisms. His current research is in robot modeling, plus control and development, with a focus on climbing mobile robots for autonomous welding and non-destructive evaluation (NDE) inspection in hazardous, unstructured environments.  Dr. Canfield’s robots are being used by companies including the Tennessee Valley Authority (TVA), General Dynamics, Northrop Grumman, Newport News, and NASSCO. He has served as a NASA summer research faculty at the Marshall Space Flight Center, working on the modeling and control of electrodynamic tethers and tethered space structures.  Dr. Canfield has been principal investigator on grants from the National Science Foundation (NSF), NASA, the Navy and TVA with over $5M in external funding, and has over 70-refereed technical papers and multiple patents in the areas of robotics, dynamics, and design. Dr. Canfield is the co-founder of Robotic Technologies of Tennessee, commercializing mobile robots for manufacturing and inspection purposes. He leads the NSF I-Corps Site program at TTU, making TTU the first university in Tennessee to participate in the National Science Foundation’s National Innovation Network.

Dr. Canfield also has a strong interest in active student learning and undergraduate student research. He developed and serves as the coordinator for the Mechatronics concentration at Tennessee Technological University. He led the creation of the university-wide Innovation and Entrepreneurship certificate, with the first graduates completing the program in 2017. Dr. Canfield developed the Early Intervention and Mechanical Engineering (EIME) program that merges early intervention and mechanical engineering to engage engineering students in designing toys and devices for children with special needs. The EIME program surpassed 1000 students and families served in 2013 and has been replicated at several other universities. He has served as an advisor for student groups conducting micro gravity experiments as part of the NASA reduced gravity experiments program and currently advises the student chapter of the American Society of Mechanical Engineers (ASME) and the Autonomous Robotics Club at Tennessee Tech.  Dr. Canfield’s recent teaching and research awards include the ASME District F student section Advisor Award, the Partners and Leadership Award (Tennessee Dept. of Health), the Silicon Valley Robotics Award – 2014 Global Startup, the American Society of Electrical Engineers’ Woody Everett Award, the Harold Love Community Service Award (THEC), the Tennessee Board of Regents’ Academic Excellence award, and the Tennessee Department of Education’s Project of Excellence Award.  He has also been named a National Academy of Engineering FOEE Fellow, TTU Presidential Faculty Fellow, and a Top 10 Scientist in Tennessee by Business Tennessee Magazine.