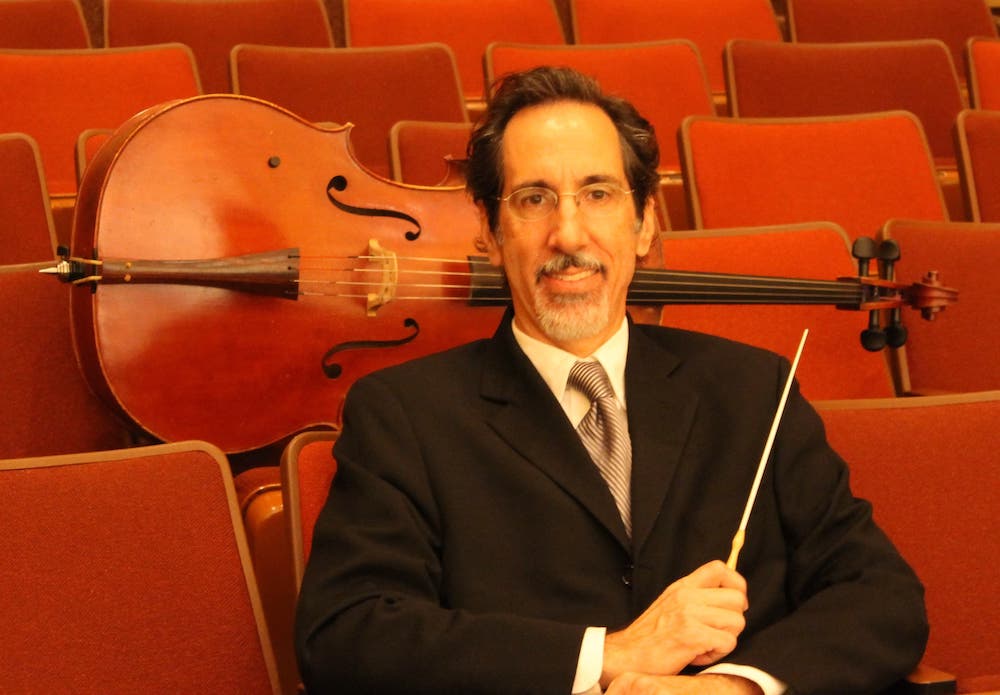 For over 20 years, Dan Allcott has been conducting daring collaborations, outstanding symphonic concerts, and leading opera and ballet productions with international stars. Professor of Music at Tennessee Tech and Music Director of both the Oak Ridge Symphony and the Bryan Symphony orchestras in Tennessee, Allcott regularly conducts Tennessee's finest musicians (members of the Nashville, Knoxville, and Chattanooga Symphonies) in concerts lauded by critics and enthusiastically enjoyed by audiences. He has conducted the Dallas Symphony, Indianapolis Symphony, and Danish Radio Orchestra, and has a continuing relationship as a guest conductor with Asheville Lyric Opera, where he most recently led performances of Tosca and Marriage of Figaro. He has led world premieres by Tennessee composers Stefan Freund, Rachel DeVore Fogarty, and Greg Danner, and was a commissioner of the League of American Orchestra's initial "Made in America" project, giving the Tennessee premier of a work by Joan Tower. Through his research and performance he has revived the works of the early 20th century Tennessee composer, Charles Bryan. Mr. Allcott enjoys sharing his enthusiasm for live classical music. He is a frequent guest speak to several Rotary groups throughout Tennessee, and has frequently been an on air guest on WUOT, WBIR’s “Live at 5 at 4”, and Clear Channel’s “Cumberland Viewpoint.” He can be seen frequently as featured guest on “BSO Backstage: A Concert Preview” produced by WCTE. Additionally, he is a committed music educator having served as President of Tennessee’s chapter of the American String Teacher’s Association, conducted the Knox County High School Festival Orchestra, and is Summer Director of Eastport Strings in Eastport, Maine. Allcott served as Music Director and Principal Conductor for Atlanta Ballet from 2000-2010 during which time he led over 250 performances with the Atlanta Ballet Orchestra. In addition to traditional ballet scores, he led musical collaborations with the Indigo Girls, the New Birth Missionary Baptist Church Choir, the Red Clay Ramblers, the Michael O'Neal Singers, Atlanta Boy Choir, and the Atlanta Youth Choirs. Atlanta Ballet has performed Mr. Allcott’s own arrangements of Carmen and Shed Your Skin. In the fall of 1996, Mr. Allcott was appointed the Indianapolis Symphony Orchestra's Conducting Fellow, a position he held for three years. In 1998, Mr. Allcott was named the first Herbert von Karajan Fellow of the American Austrian Foundation at the Salzburg Festival and has been a participant in the Nicolai Malko and Grzegorz Fitelberg competitions in Europe. He has conducted in master classes with Michael Tilson Thomas and Gunther Schuller. He holds a Master of Music degree in cello performance from Indiana University where he completed his coursework towards the Doctor of Music in both conducting and cello performance before he left graduate school to become Music Director of Atlanta Ballet. At Indiana he served as Associate Instructor of Conducting and conductor of the Indiana University New Music Ensemble.