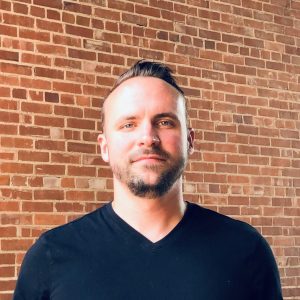 Jayce Clemons currently serves as Adjunct Professor of Percussion at Tennessee Tech University. His career spans a variety of creative disciplines. Currently, Jayce focuses on percussion instrument repair, building new instruments, and retuning keyboard percussion instruments. He is also active as a freelance performer and composer, often working with filmmakers from around the world.

After completing a B.S. in Music Education at Tennessee Tech in 2010, Jayce became a Teaching Fellow at the University of North Texas while pursuing a M.M. in Percussion Performance. At UNT, Jayce taught undergraduate private lessons, coached ensembles, and taught courses in percussion methods. He was a member of the University of North Texas Wind Symphony under the direction of Eugene Corporon. With this ensemble, he recorded numerous works under the label GIA Publications as well as performed at the International Horn Symposium and the 2012 University of North Texas Conductor’s Collegium. Other ensembles that he performed with while at UNT include the Graduate Classical Percussion Ensemble, the 8 O’clock Steel Band, and the Symphony Orchestra with which he performed at the Superbowl XLV Countdown at Cowboys Stadium. As a soloist, he competed in the 2007 PAS International Marimba Competition, and in 2008, he received honorable mention in the Joan Derryberry Concerto Competition for his performance of Eugene Levitas' Concerto for Percussion and Orchestra. In the marching arts, Jayce was a member of Southwind Drum and Bugle corps from 2005 to 2006, and Music City Mystique in 2006. He has also arranged for and taught at numerous schools throughout Tennessee and Texas including serving as a private lesson instructor in McKinney and Frisco, Texas from 2012 to 2014 before focusing exclusively on instrument building and composing.