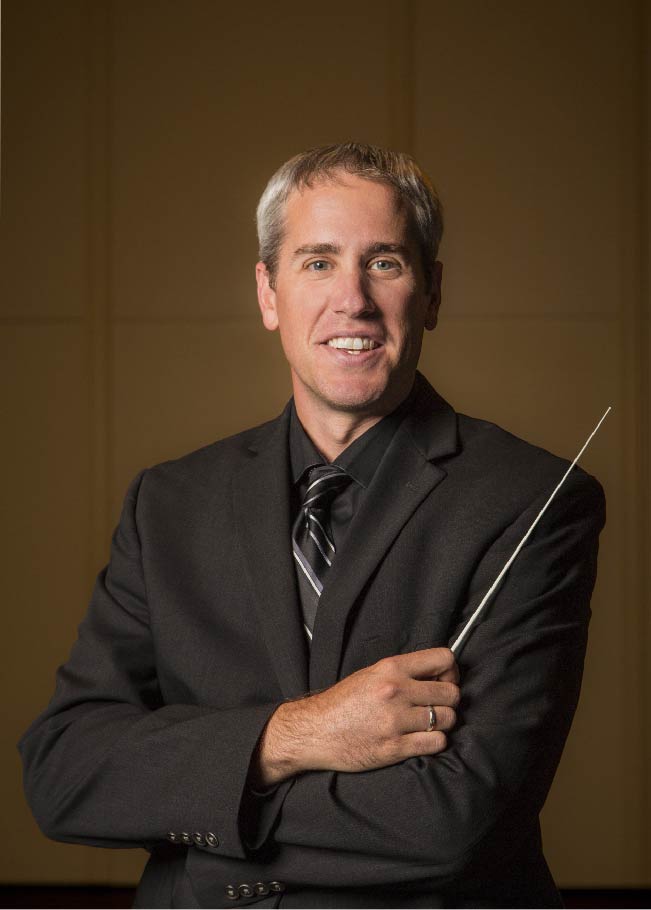 Jeffrey L. Miller is Director of Bands at Tennessee Technological University. In this capacity, Dr. Miller serves as the Director of The Golden Eagle Marching Band, is conductor of the Symphony Band, and teaches courses in Instrumental Conducting and Brass Pedagogy.

Prior to his appointment at Tennessee Tech, Dr. Miller served as the Associate Director of Bands and Director of Athletic Bands at the University of North Carolina at Charlotte. In addition to conducting the Symphonic Band, teaching courses in Marching Band Techniques and Brass Pedagogy, Miller served as the inaugural director of the “Pride of Niner Nation” Marching Band and director of the 49ers Basketball Band. During his tenure, the “Pride of Niner Nation” was invited to perform in exhibition for the Carolina Panthers and the Charlotte Hornets, but most notably was the band’s invitation and performance in Normandy France to commemorate the 74thanniversary of Operation D-day. From 2013-2014, Dr. Miller served as interim Assistant Director of Bands at the University of Colorado at Boulder.

Dr. Miller’s research interests include evaluating quality in wind band literature for school ensembles, pre-service teacher preparation, and focus of attention and aesthetic response to musical elements. He has presented research and teaching clinics at national, regional, and state-level conferences including the CBDNA Athletic Band Symposium, the CBDNA/ABA Southern Division Conference and the Florida, Colorado, and North Carolina Music Educator’s Conferences. He has conducted honor bands throughout the Southeastern United States and enjoys an active schedule as an adjudicator/clinician for concert and marching assessments.