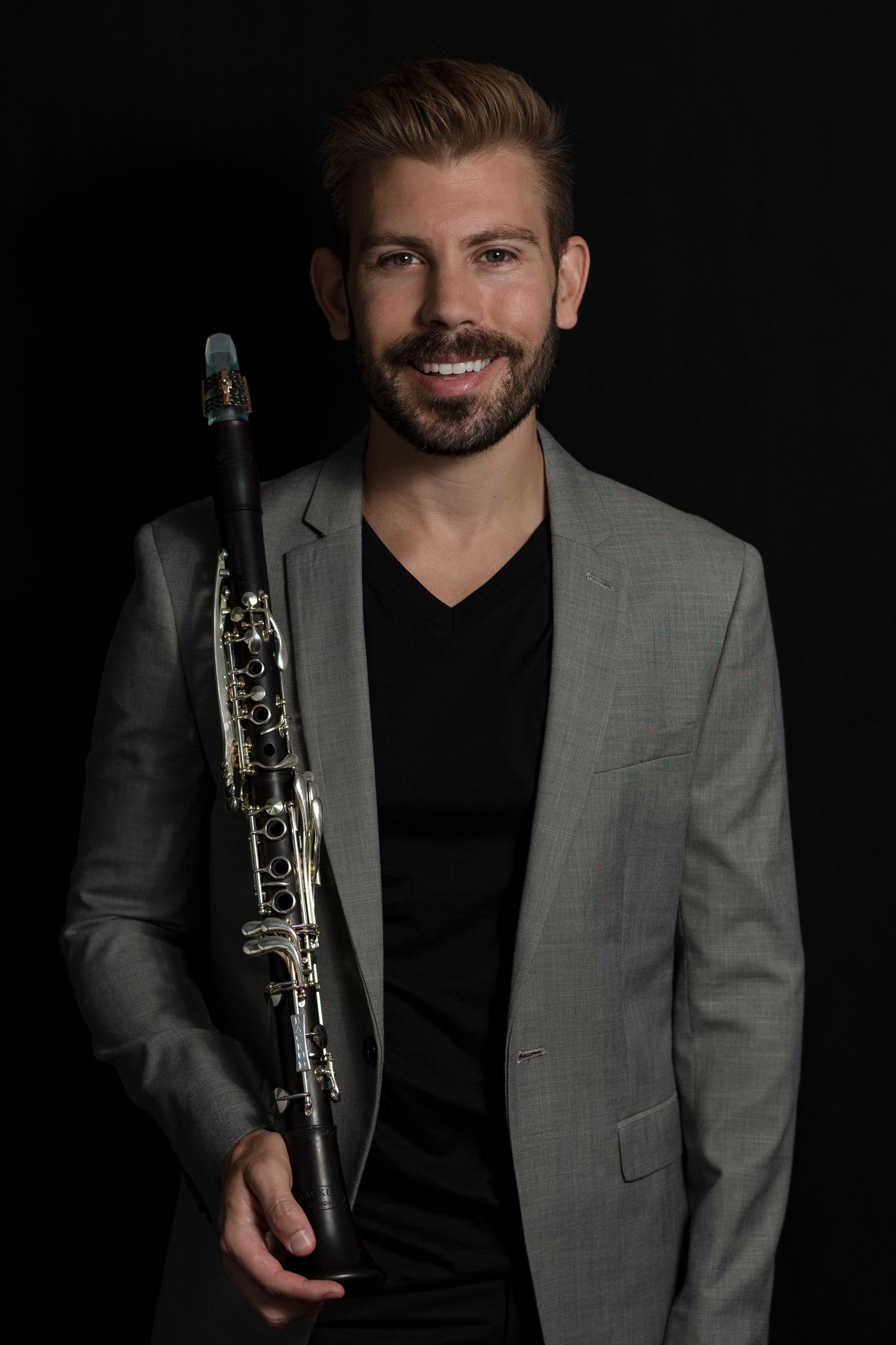 Clarinetist Mark J. Cramer joined the faculty at the Tennessee Tech University School of Music as Assistant Professor of Clarinet in 2018 where he teaches studio clarinet, clarinet choir, is a member of the Cumberland Quintet, and performs as principal clarinetist of the Bryan Symphony Orchestra. His previous appointments include The University of North Carolina at Greensboro, Greensboro College, Radford University, and Randolph College.

Dr. Cramer has performed numerous concertos and chamber music performances in addition to his tenure with the Greensboro Symphony Orchestra. He toured with four-time, Grammy Award winning “eighth blackbird” and has frequently performed with orchestras located throughout the southeastern United States, including the Nashville, Oak Ridge, Winston-Salem, Western Piedmont, Fayetteville, and Roanoke Symphonies, the Nashville, Greensboro, Piedmont, Carolina, and Roanoke Opera Companies, as well as orchestras in Michigan and Ohio. He also is a studio recording artist with the Nashville Scoring Orchestra, where he records soundtracks to television shows, movies, and video games at Ocean Way and Sound Kitchen Studios.

In addition to teaching and performing, Dr. Cramer has a passion for acoustics, fitness, and music therapy. His dissertation research focused on defining the acoustic properties of hardwoods in custom designs of his own line of custom clarinet barrels. His interest in fitness and physical activity takes his students to the highest level of musical performance with numerous benefits in the management of physiological and psychological changes people experience when performing under pressure. His beliefs about the healing power of music enabled a strong collaboration with the Arts and Health program at Wake Forest Baptist Medical Center, where he performed weekly outreach concerts and classes.

A Michigan native, Mark holds degrees from The Oberlin Conservatory of Music (BM), The University of Michigan (MM), and The University of North Carolina at Greensboro (DMA). His principal teachers include Suzy Bratton, Richard Hawkins, Daniel Gilbert, Anthony Taylor, and Kelly Burke.