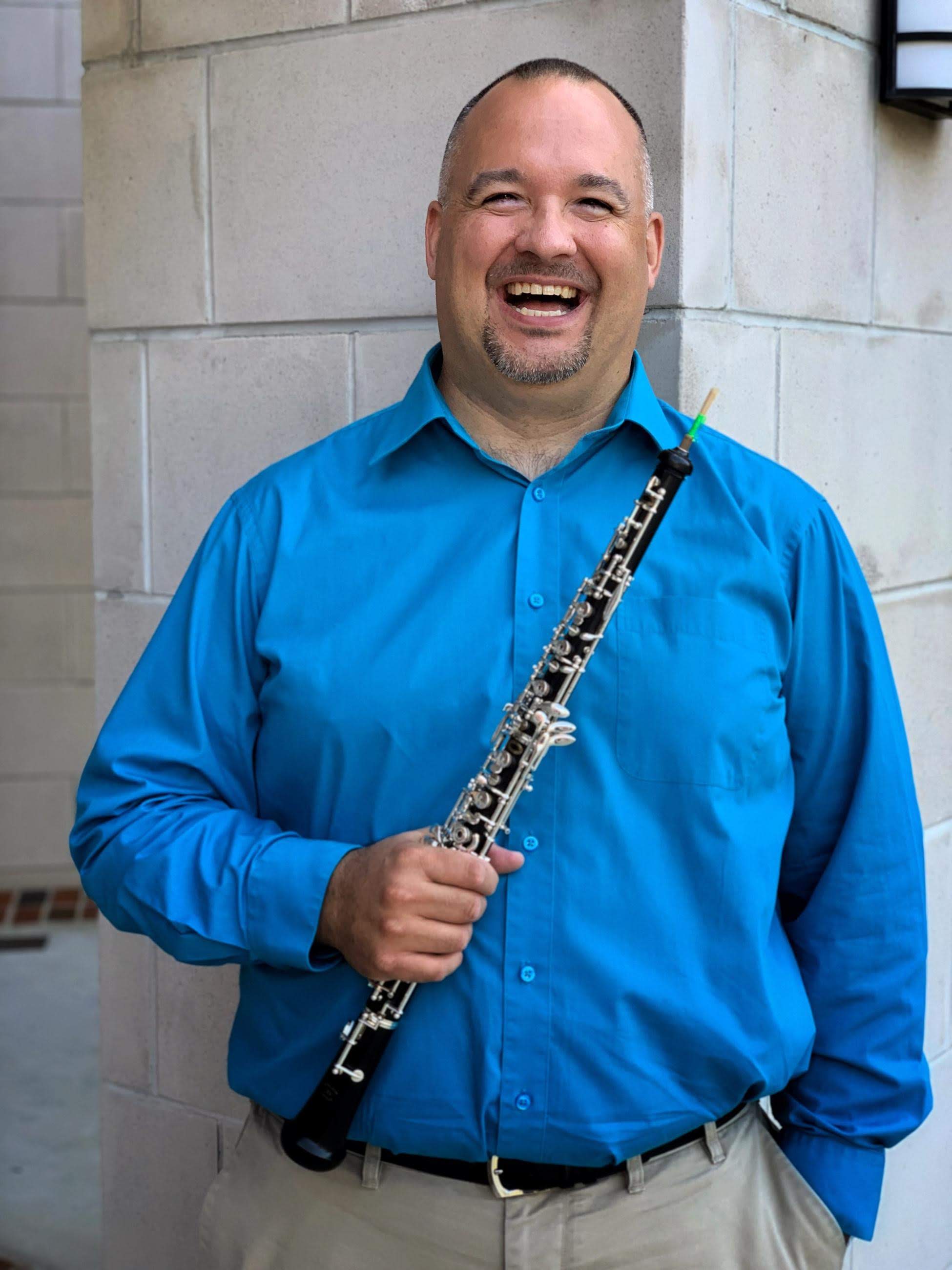 In 2017 Dr. Michael Adduci joined the faculty at the Tennessee Technological University's School of Music, where he teaches oboe, music theory, and aural techniques. As part of his work at TN Tech he also is the principal oboist of the Bryan Symphony Orchestra and is a member of the Cumberland Quintet.

Prior to starting at TN Tech, for twelve years Dr. Adduci was a lecturer at San José State University in San José, California. He taught oboe and a wide range of courses at SJSU, primarily in music theory and ear training, as well as music history and music technology. He has also taught at Santa Clara University, Chabot College, and Southeastern Oklahoma State University.

Michael holds Bachelor’s degrees in biology and music from the University of Idaho as a student of Dr. Carol Padgham Albrecht, and Master’s and DMA degrees in oboe performance from the University of North Texas, where he studied with Dr. Charles Veazey. His doctoral research focused on characterizing the relationship between air pressure and loudness during oboe performance; he continues that research at TN Tech, with the goal of involving undergraduate music students in the conducting of quantitative data collection and analysis.

While in California, Michael was a member of the Stanford Woodwind Quintet and the Santa Cruz Symphony, and he also performed regularly with orchestras around the San Francisco Bay Area: Symphony Silicon Valley, Opera San José, the San José Chamber Orchestra, the Monterey Symphony, and many others. Before moving to California, Michael was a freelance musician in the Dallas/Ft. Worth area while in graduate school. He performed with many orchestras in that region, including one season as acting principal oboe of the Abilene Philharmonic Orchestra.

In addition to his university and orchestral work, Michael keeps busy as a recitalist, reed maker, clinician, instrument repair technician, and private lesson teacher. He works to make oboe playing easier and more accessible to students of all ages.

As a teacher both of university students as well as younger private students, Dr. Adduci brings his background in the sciences to the study and teaching of the oboe. His teaching style focuses on drawing out each student’s individual and unique ‘voice’ on their instrument, and on the application of observational skills and correct knowledge of physiology to help make informed choices about how to play the oboe.

Michael’s students receive thorough grounding in many areas of additional study that help inform and enable masterful performance and teaching: pedagogy, the application of music theory to performance, oboe maintenance and repair, and detailed and precise study of reed making. The goal of the oboist should be to have the oboe do exactly what you intend in exactly the way you intend, with greatest efficiency of effort on the part of the musician. To accomplish this, Michael teaches his students to carefully observe and understand how and why they are producing their current sound, and to take targeted steps to grow toward a characteristic tone, polished musicianship and the ability to function independently as a successful professional.

For recordings, videos, and more information about Dr. Adduci or the TN Tech Oboe Studio, please visit michaeladduci.com, and follow the oboe studio on Instagram (@tntech_oboes) and Facebook (@TNTechOboe)!