Sheikh Ghafoor, Ph.D., and professor of Computer Science at Tennessee Tech has won the 2020-2021 Brown-Henderson Outstanding Engineering Faculty Award for significant accomplishments in the preparation of students for their professions through education, research and service.

The Brown-Henderson award was established in honor of the late Dean Emeritus James Seay Brown and the late dean of Engineering James M. Henderson. Henderson developed the first four-year Engineering program at Tech in 1924, and led that program until 1961.

Ghafoor has been a professor in the Computer Science program at Tennessee Tech since 2006.  He is known for his broad, positive impact through the courses he has developed, the curriculum he has helped shape, and his range of research and publications.

His research is currently in the area of programming models and tools for heterogeneous high-performance computing; high-performance message passing for exascale systems; computational earth science; cyber physical system security; and computer science education. He has authored peer reviewed publications spanning all of these areas.

He has also secured 23 externally funded research grants, either as principal investigator (15) or co-PI (8) totaling $7.7 million – with Tech’s portion almost $4.7 million – from sources such as the National Science Foundation, NASA, the Department of Energy, and the National Security Agency. Currently he has 10 active externally funded research projects, for which he mentors several graduate and undergraduate students.

Ghafoor earned his bachelor’s degree in Applied Physics and Electronics in 1983 at the University of Dhaka, Bangladesh. He also earned two master’s degrees, the first in 1987 in Applied Physics and Electronics from the University of Dhaka, and in 2003, in Computer Science from Mississippi State University. Ghafoor, continued his education at Mississippi State, earning a doctorate in Computer Science in 2007, with an emphasis in high-performance computing.

Tennessee Tech has been recognized by U.S. News & World Report in its Best National University listing for the past four years, and in the Best Undergraduate Engineering Programs listing for a doctorate university for the past five years. 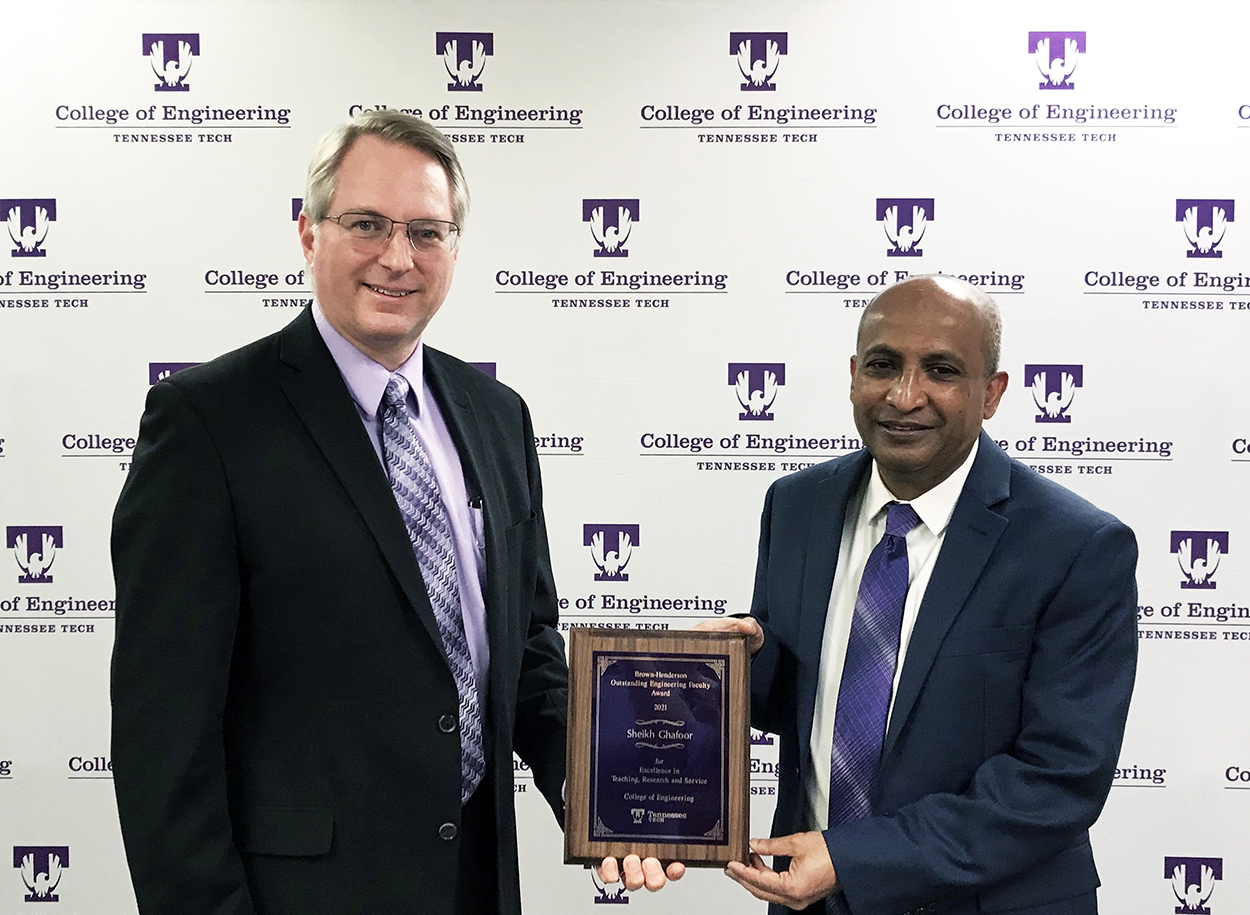