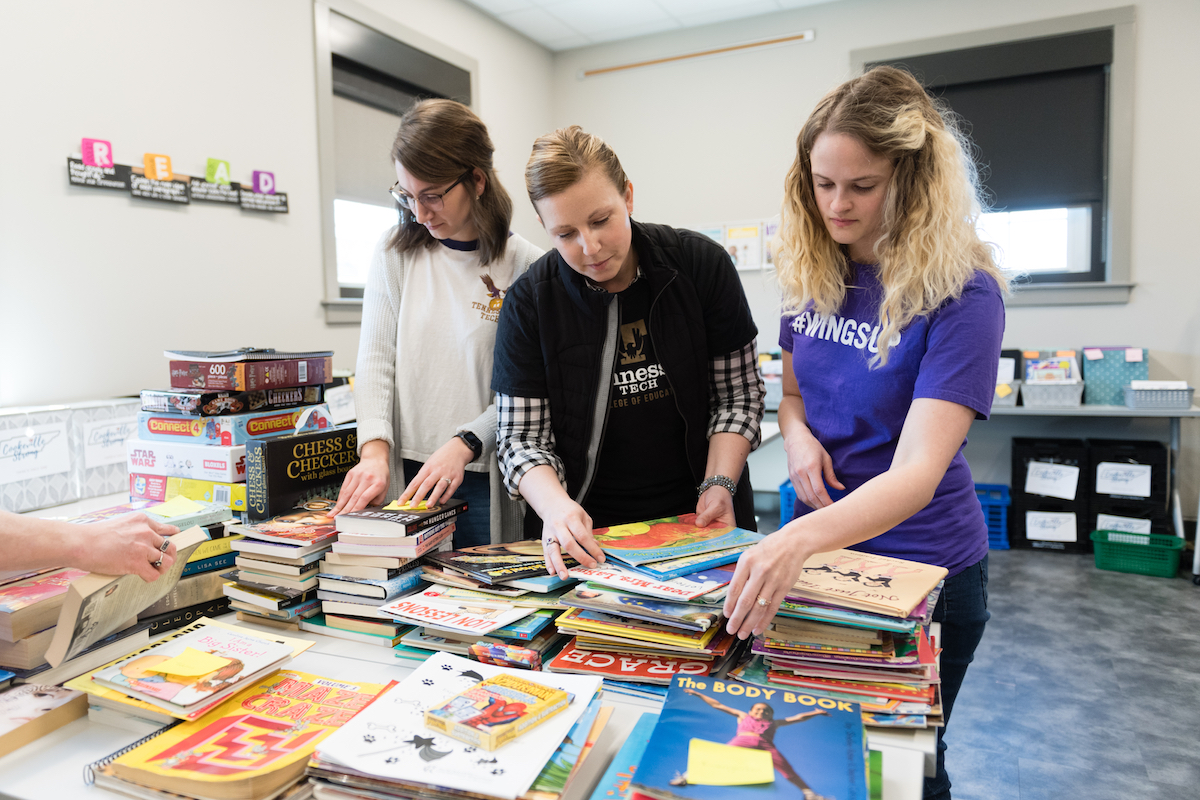 The I Heart Tech Students campaign was originally going to run through March 26, but the early morning tornado on March 3 changed those plans.

Instead of the usual Day of Giving on March 27, the I Heart Tech Students campaign is now a two-and-a-half week fundraising event to help those students affected by the storm.

This campaign will focus on five key programs that keep students enrolled: Tech’s Accessible Education Center, Counseling Center, Eagle Assistance Grant, Food Pantry and Veterans Center. Those areas have resources that can help students through challenges, whether those are financial, emotional or physical.

Visit dayofgiving.tntech.edu for information on how to donate.

Meanwhile, the Tech community continues to find ways to assist during this recovery period.

Students and faculty from the Whitson-Hester School of Nursing showed up in full force to help following the devastating storm.

Dean Kim Hanna said there were more than 75 students and a handful of faculty who helped out in various places, with a majority helping the hospital where blood drives were set up shortly after the storm hit.

“I am so very grateful for their help,” said Trudy Cody, Blood Assurance donor recruiter. “They were awesome.”

As of Monday afternoon, almost a week following the storm, nearly 2,000 donors had given blood, keeping the supply at Cookeville Regional Medical Center replenished.

In the days following the storm, there were 49 nursing student volunteers and two nursing faculty volunteers working with Blood Assurance.

They were also in other places. One nursing faculty volunteer worked with a number of nursing student volunteers at the Care Center at Stevens Street Baptist Church and/or the Samaritans Purse while other students initiated a fundraiser to assist a nursing student injured in the tornado.

They also helped in another way. Assistant professor Matt Langford runs a non-profit clinic called Hope Springs Urgent Care Mental Health. He expanded the clinic’s hours to focus on debriefing groups for the disaster. The clinic was open and free to anyone including faculty, students, healthcare workers, first responders and others.

Tech’s Army ROTC program had more than 25 cadets assist in cleanup efforts. Others have donated food, clothing and money to relief efforts.

Amber Spears, assistant professor in the College of Education’s Curriculum and Instruction, organized a book drive to help rebuild the home libraries of those children impacted by the tornadoes.

“Several students, including those in a Ph.D. class, ‘The Literacy Professional’ and READ 3311-Literacy 1, both offered their time to help organize the books as they were donated,” she said. “Book donations were provided by people all over the Cookeville community, but also from those afar, including folks from Georgia, California and Japan.”

To date, there have been more than 4,000 books donated. School districts across Tennessee are also collecting books to share with the affected families. Approximately 60 baskets with age-appropriate books are being delivered to Putnam County Schools to give to the children this week.

Donations for new or excellent used condition books for babies through high school, board games and school supplies, such as activity books, markers and notebooks, are being accepted in Matthews-Daniel Hall room 153.

The College of Agriculture’s farm crew was out tarping roofs the next day and cleaning up. Numerous students have also been out in the area helping clean up and repairing broken equipment for cleanup crews.

“As much as the students have had an impact on the Cookeville community, this tragedy has made an indelible impression on many of them as well,” said Oldham in a recent blog post. “They see life differently now. For some, it was the first time they learned firsthand how fragile and unpredictable life can be. They are much more appreciative of simple blessings than ever before. I believe they have also learned the value of community and witnessed the blessings of being a part of something bigger than oneself. Cookeville really is Tennessee’s College Town and Tech is blessed to be an integral part of this community.

“I am so proud that Tennessee Tech is part of such a wonderful community.” 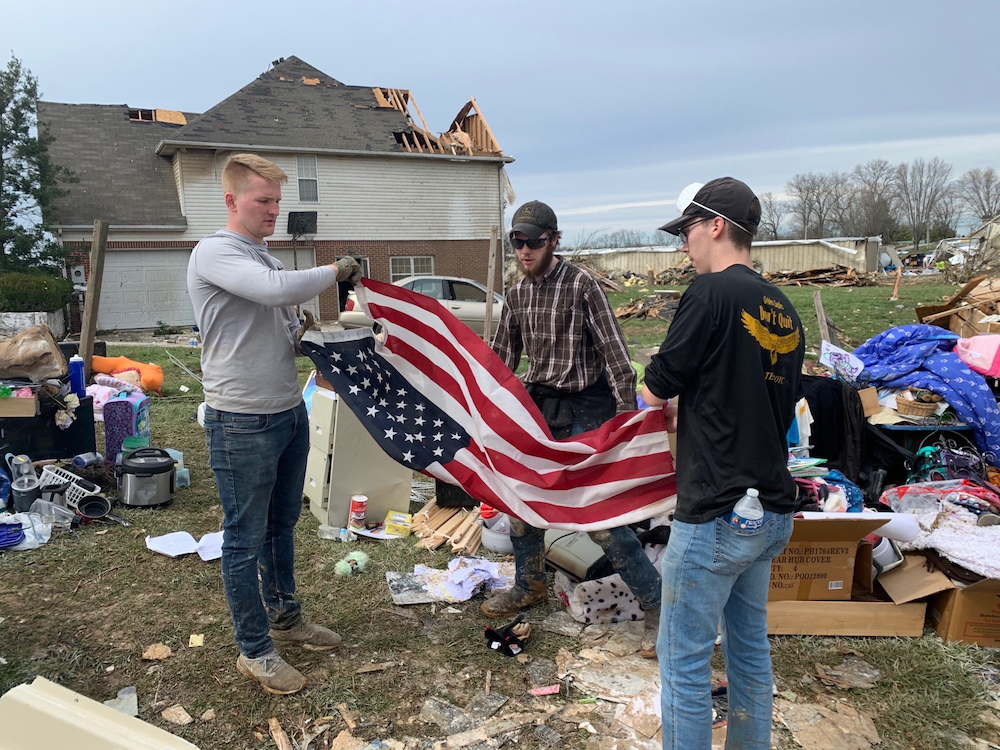