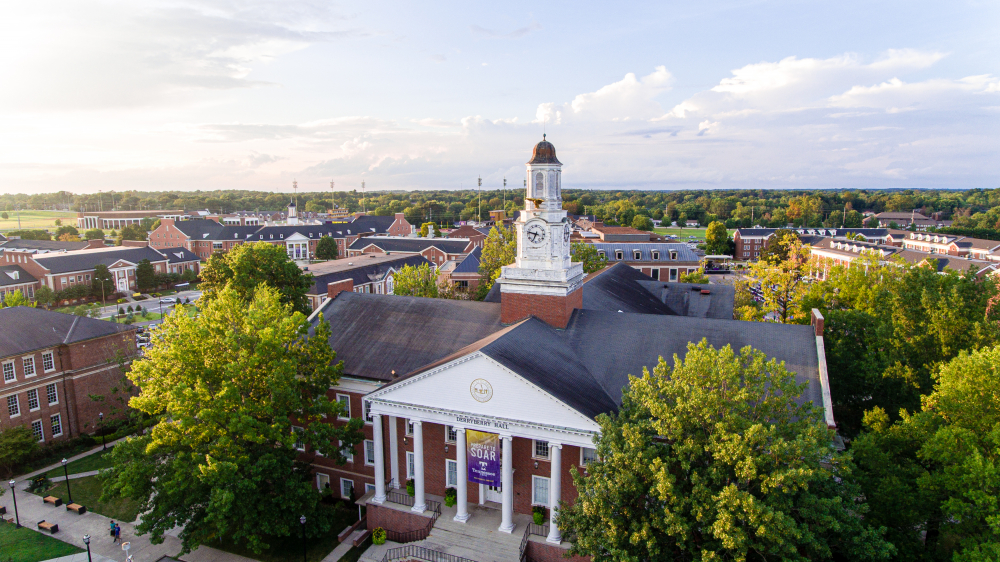 Tennessee Tech’s role in the economic development of the State of Tennessee continues to grow, reaching more than $1 billion in gross domestic product impact. For the Upper Cumberland, Tech’s impact is more than $600 million.

Each year, Tech conducts a footprint analysis to determine its economic impact across the Upper Cumberland and throughout Tennessee. The 2017-2018 report shows increases with regards to employment, gross domestic product, output, and personal income across the region and state.

“At Tech, we know that the university, the region and the state are all best served when we partner together,” said Phil Oldham, president of the university. “Th1is annual report shows the growth of Tennessee Tech’s economic impact not only in the Upper Cumberland, but throughout the state.”

Tech’s economic impact also increased across the state. The updated numbers show that the state benefits from the existence of the university with annual gains in employment (11,980 jobs), $1.24 billion in gross domestic product, $2.04 billion in output, and $1.03 billion in personal income.

“Tech produces a very high return on Tennessee’s investment,” Oldham said. “This reflects that Tech graduates have the highest starting salaries of any public university in the state, and that more than 75% of our graduates stay in Tennessee and continue to contribute to the state’s economic growth.”

The analysis also looks at graduate earnings and employment. During 2017-2018, the university conferred 2,564 degrees: 2,178 bachelor’s, 334 master’s, 33 education specialist degrees and 19 doctorates. Alumni records reveal that 26% of Tech graduates find employment within the Upper Cumberland region, and an additional 50% obtain a job in the state.

The population of 10,186 students also had significant effects on the local economy with regards to personal, transportation and housing expenditures. The analysis states that 700 jobs were created, $45.5 million in gross domestic product, $73 million in output, $83.8 million in personal income and $69.4 million in real disposable personal income.

Two big building projects and renovations also play a role in economic impact. In the Upper Cumberland alone, more than 300 jobs have been created with a $37 million output.

Tech is in the midst of a building boom, with more than $250 million in construction projects recently completed, underway or in planning, including a $52 million student recreation center, a $90 million lab sciences building, and a $55 million engineering building. Given the muiltiyear construction on these large projects, their economic impact in producing jobs and purchasing materials is spread out.

The university has also been renovating many existing academic buildings and residence halls.

“We are undergoing a level of construction that Tech hasn’t seen since the ‘60s,” Oldham said. “We appreciate that our campus growth not only will provide benefits to future students, but has an immediate positive economic impact on the community.” 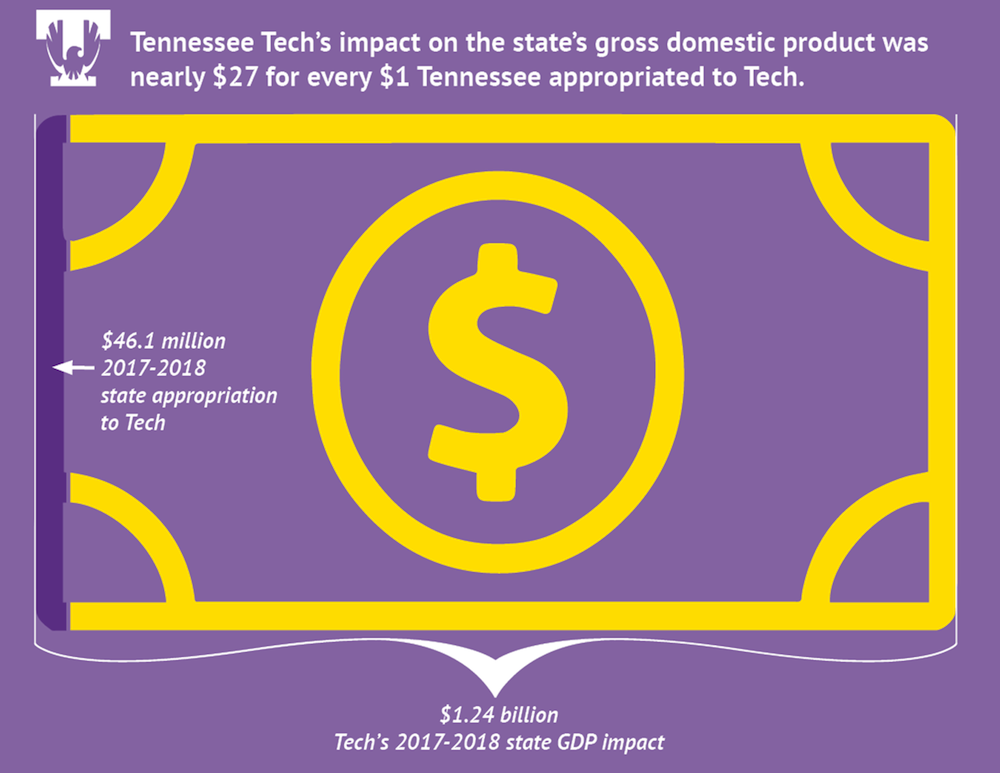