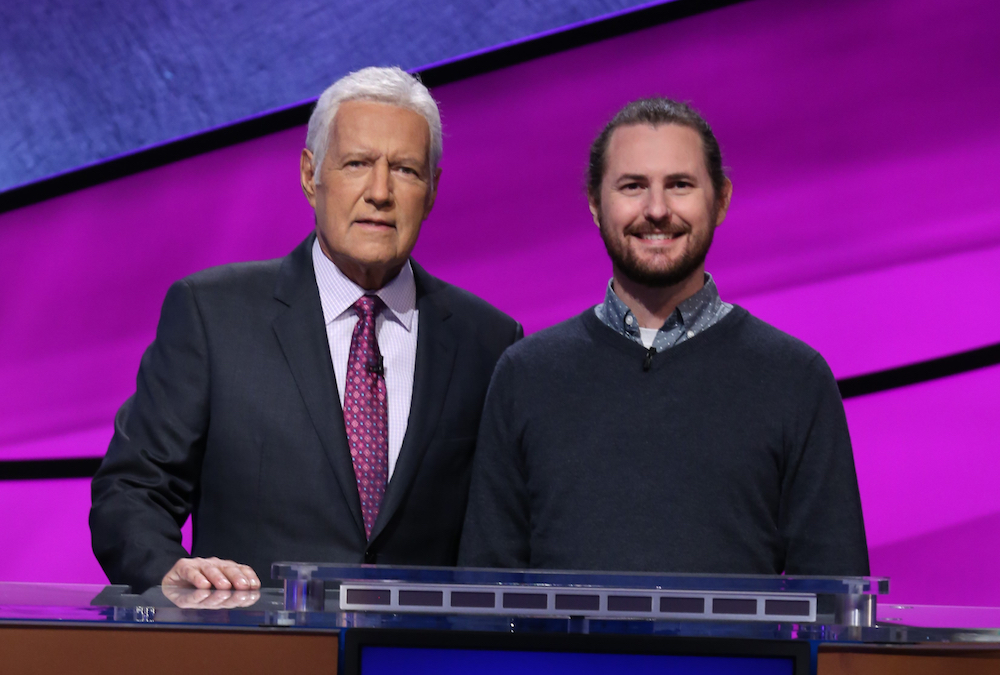 A Tennessee Tech alum who is a teacher at Cookeville High School will appear on Jeopardy! as part of the show's annual Teachers Tournament.

“It was an awesome experience, one I'll always remember,” said Sam Matson, who has three degrees from Tech: a BS in History ('06), a BA in Spanish ('10) and an MA in English ('13). “I met some great people in my fellow contestants and the Jeopardy! production crew and, of course, Alex Trebek.”

Matson is currently an English teacher and coach of the CHS academic team.

The Teachers Tournament is an annual tournament where 15 teachers from different parts of the country come together to test their knowledge and compete for $100,000.

“I took an online test in February of 2019 and did well enough to get invited to Nashville for an audition in May 2019,” he said. “I got the call to come on the show in January of this year and I competed on the show toward the end of February.”

Other contestants are from Florida, New York, Mississippi, California, Virginia, Washington, Illinois, New Hampshire, Michigan and Maryland. Matson is the only one representing Tennessee.

“I consider myself quite lucky that I got to be on the show when I did, as COVID-19 shut everything down not long after I returned home,” he said.

He said the education he received at Tech prepared him well.

“Having studied in three different departments at TTU, I was able to acquire a well-rounded education and knowledge in a variety of subject areas,” he said. “I had many excellent professors and instructors and my time at TTU prepared me well not only for my career but for the opportunity to compete on Jeopardy!”

Matson will appear on the show Tuesday, May 26, at 5 p.m. on WZTV Fox 17. It is also streamed online at www.jeopardy.com/watch.