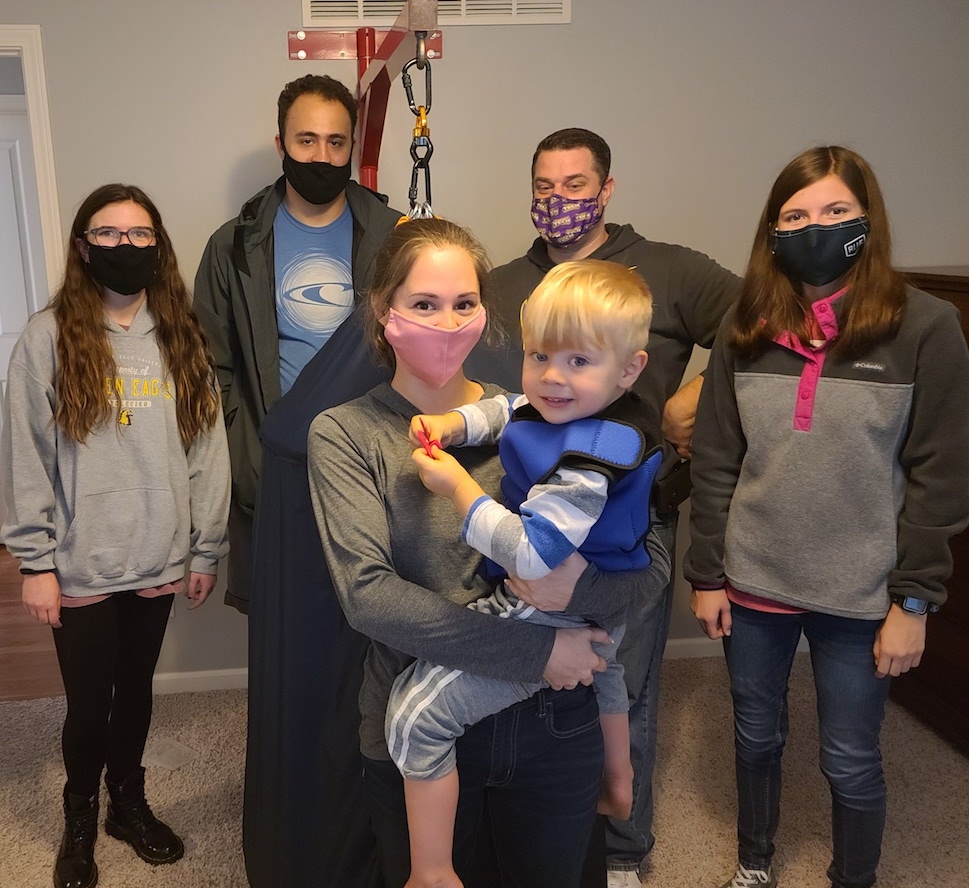 When mechanical engineering majors Emily Carroll, Gabriel DaSilva, Lexie Carrier and John Wagner enrolled in Stephen Canfield’s dynamics of machinery class, they knew they had to do a project but weren’t sure what that would entail. All they knew was whatever project they created could have a profound impact on a family.

“I know it’s a big challenge for the students, but it’s part of their learning as an engineer to take on the technical details and all the details of the family,” said Canfield.

The students wound up working on a sensory swing for the two-and-a-half-year-old son of Tech alumna Lorren Robertson, who studied occupational therapy and graduated in 2017. Robertson and her son, Aiden, had been having a rough year. In February, she found out that Aiden was autistic. A few weeks later, they lost everything in a deadly tornado that slashed through Putnam County.

“Once you get that news that you have an autistic child, everything starts going through your head about what you have to do to help him,” Robertson said. “Then the tornado hit. It was hard. He lost all of his therapeutic things, and we just had to start over.”

While Robertson and her son were gathering the pieces and starting over, the mechanical engineering team began working on a project that would bring her and Aiden a little Christmas cheer. After finding out that there was a need for Aiden to have a sensory swing, the students went to work.

“It was good to finally get to do a hands-on project than just working on paper for the past two years,” said Gabriel DaSilva, a junior from Fairview, Tennessee. “It was very unique. The whole process – collaborating with my team members and getting our design on paper and doing the math and the calculations and actually building it in the shop and seeing it come together piece by piece – was really cool.”

After months of meeting, planning, creating, modifying and tweaking, the sensory swing was complete and ready to be delivered.

“Knowing that they had lost so much during the tornado and that their house was completely destroyed and we would be invading their privacy, and with Aiden’s personal challenges he may not take to us, we had to consider different aspects of the project before ever thinking we were going to build a swing,” said Wagner, a senior from Chicago. “The mother requested a swing, but we weren’t 100 percent sure how to go about it. We were worried about the COVID-19 conditions and getting it in there.”

On Friday, Dec. 11, Robertson and Aiden welcomed the students to their home in Cookeville. After about an hour of drilling holes and tightening screws and running the vacuum, the installation was complete in Aiden’s bedroom.

“Aiden did great through the whole thing,” Robertson said. “I told him what was going to happen, and he was really excited.”

When Aiden saw the swing, he yelled “swing” and ran over to it and climbed inside. Everyone smiled and held back tears, knowing the sensory swing was a success.

“When I first saw it, I tried not to cry. It was awesome,” said Robertson. “The greatest thing for a parent is to see something their child needs and be so happy. When he got in the swing, he was super relaxed. It was perfect. Everything about it was just what he needed.”

“It’s wonderful. I couldn’t have asked for a better experience,” said Emily Carroll, a senior from Kingsport. “To see his face light up when he walked in and saw that swing and got inside of it and loved it, that was very, very rewarding.”

Not only did the students build the swing and install it, they also brought Christmas presents for Aiden to open.

“We knew their family had been affected by the tornadoes and that Aiden had lost his sensory snake and his sensory vest and some other things,” said Lexie Carrier, a senior from Bristol, Tennessee. “We thought it would be kind to put those things in place with his sensory swing as well.”

Besides all of the good feelings that helped make the swing a success, Canfield also gave the students an “A” for the project and praise for going the extra mile. 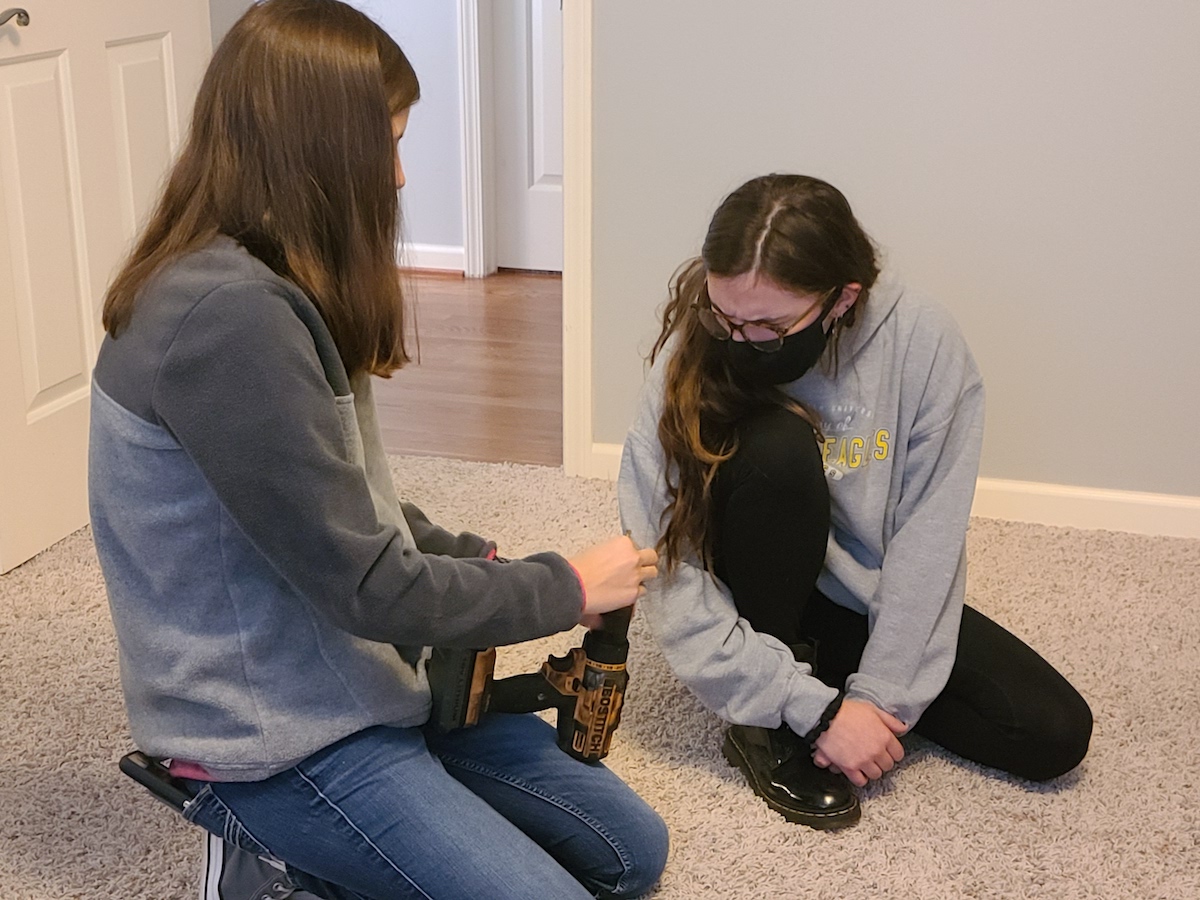 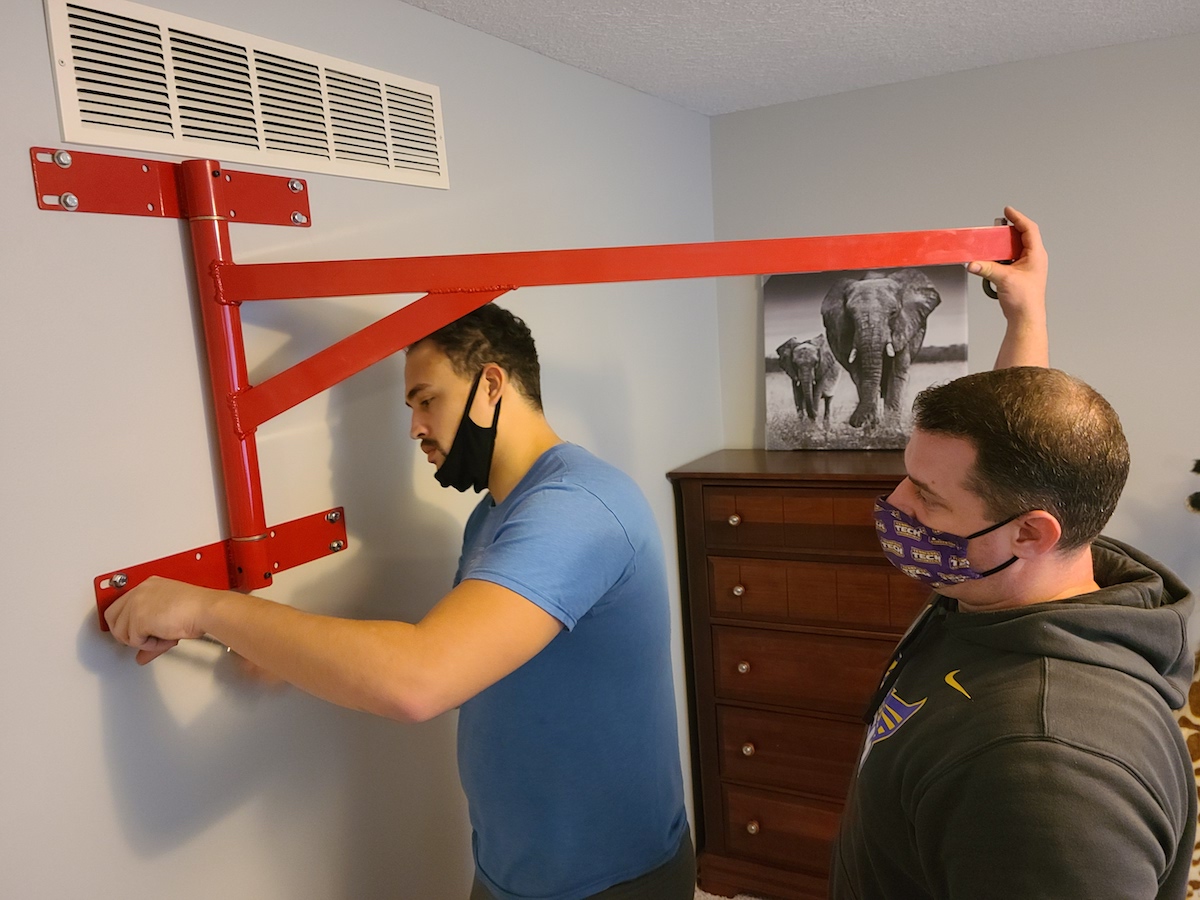 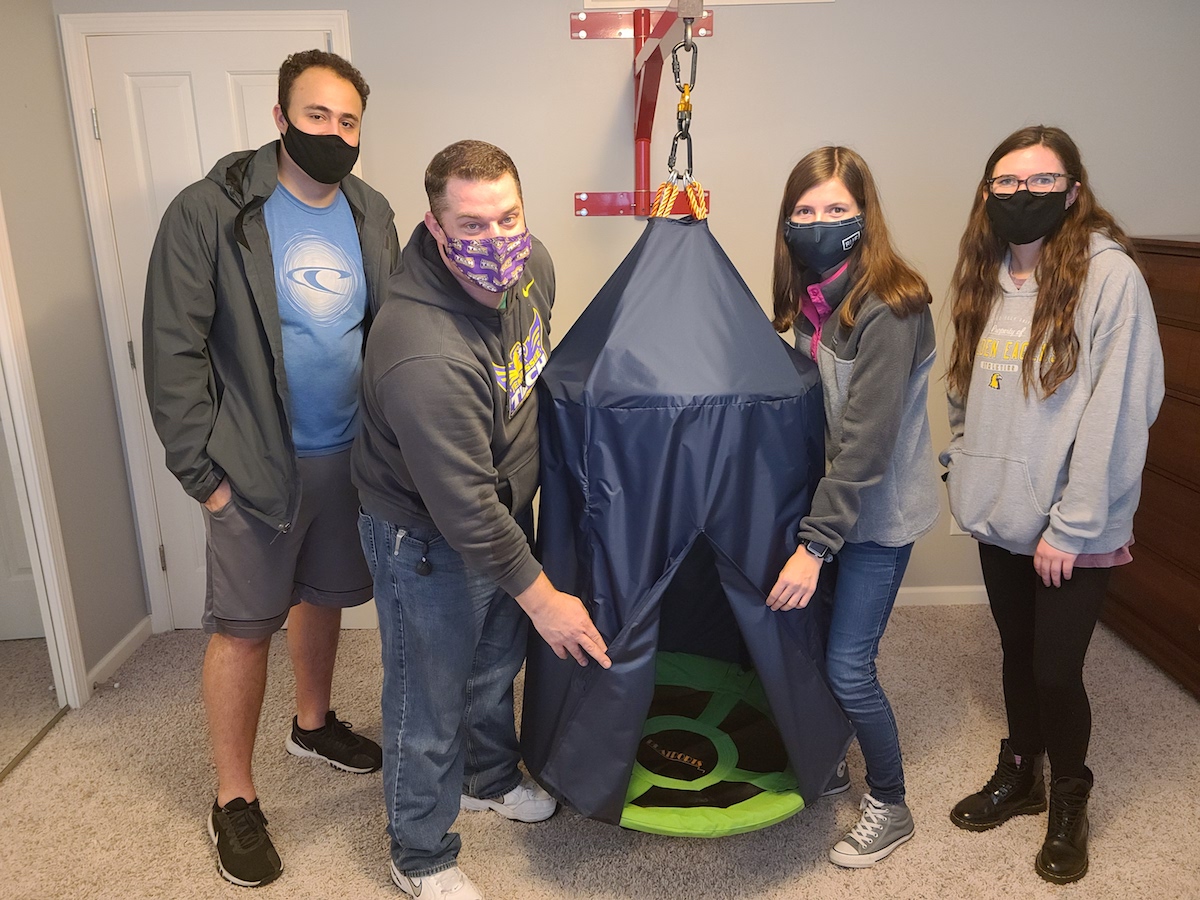 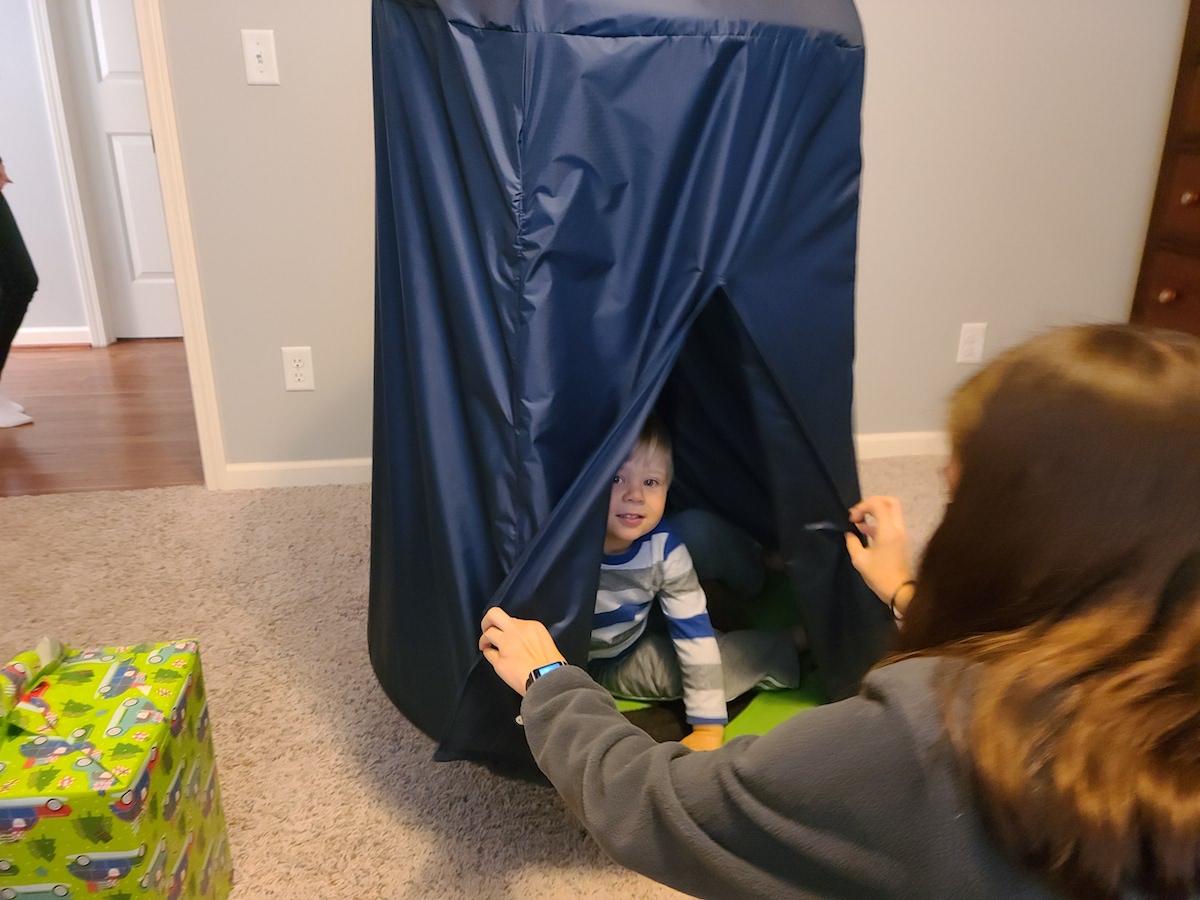