Derryberry Hall cupola to be replaced this fall 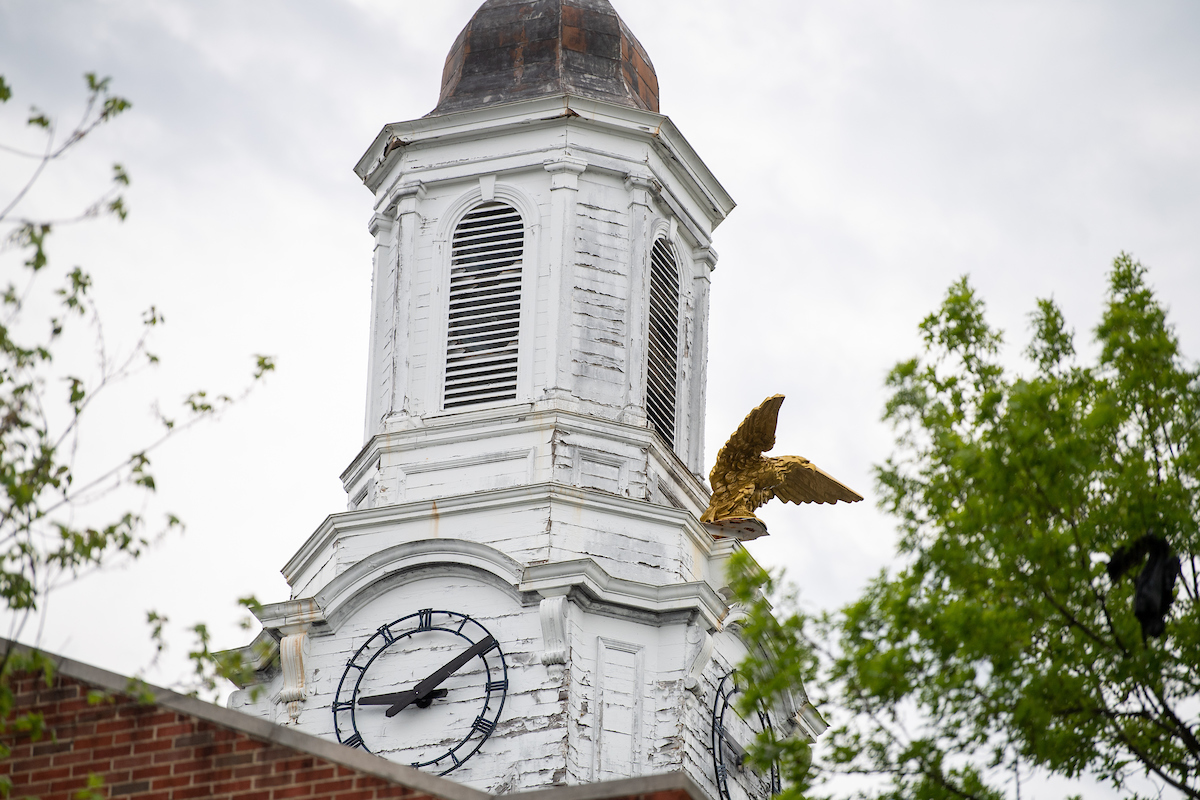 Stories of eagles gone missing and landing on Tennessee Tech’s campus are legendary, but it isn’t mischief that will draw the iconic eagle down from the top of Derryberry Hall this fall.

Work has begun on the Derryberry Hall roofing project that will bring with it a new cupola where Tech’s famous golden eagle has been perched for more than 50 years.

“The new [cupola] will be an exact replica and will be made of aluminum,” said Bob Scarbrough, project manager. “The existing cupola will be taken apart and stored until a final decision is made as to what to do with it.”

Despite being repainted regularly, the materials that make up the current Derryberry cupola and clock tower were in need of replacement and could no longer be repainted.

The current cupola is scheduled to come down September 4, with its replacement to arrive and be installed a few weeks later.

The eagle that sits on the cupola now will be removed, stored and installed on the new cupola once it is in place.

The story of the eagle is indeed legendary on Tech’s campus, since three Tech students cut a metal eagle free from a hotel in Monteagle, Tennessee and brought it to Cookeville in 1952. The eagle and its story soon became a cherished tradition, its six-foot wing span spread above Derryberry Hall for years.

The university took the advice of knowledgeable staff at the Appalachian Center for Craft and moved the aging original eagle inside for display some years ago. Meanwhile, Tech’s Hybrid Immersive Visualization Environment Lab used a 3-D scanner to capture the eagle so that a mold could be made for producing replicas of the eagle. A full-scale replica for the top of Derryberry Hall and a replica to return to the perch in Monteagle were created from that mold.

The carillon’s bells, which chime from that same tower to mark each hour, will be silent during the transition as well. The carillon and clock have been disconnected and will be reinstalled as soon as the new cupola is installed.

While the project will leave a missing piece in campus architecture for about three weeks this fall, the eagle will ultimately have a perch deserving of such a campus icon, and the carillon will chime again.