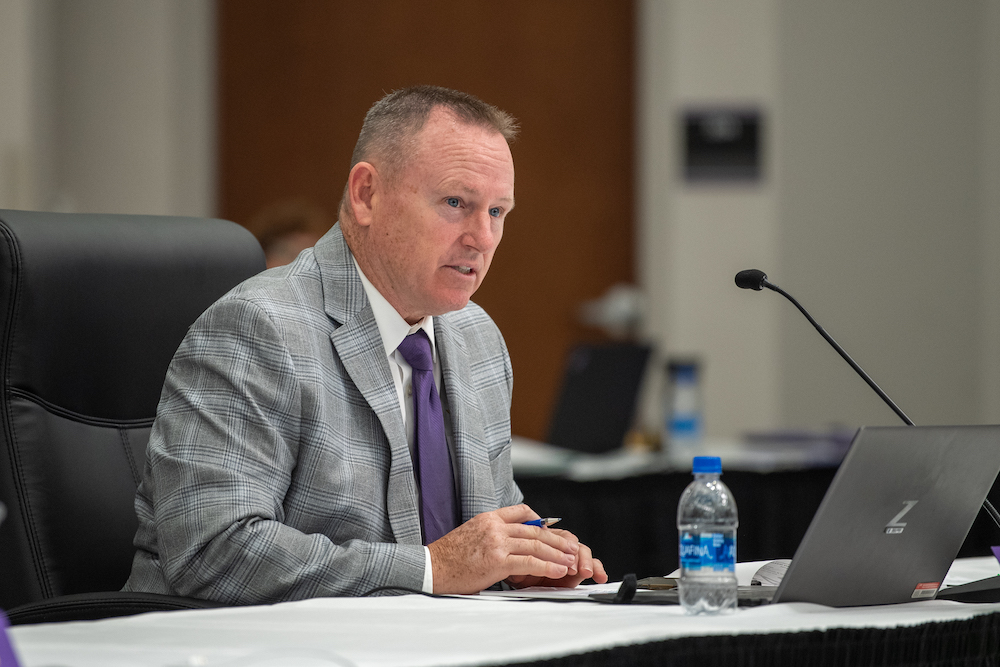 Barry Wilmore, a NASA astronaut, Tennessee Tech alumnus and board of trustee member, will fly in the Boeing Crew Flight Test, the inaugural crewed flight of the CST-100 Starliner to the International Space Station.  The Starliner has had numerous delays for the launch. Wilmore said Boeing is trying to work through some issues and though ideally they would have flown 2019, they hope for a launch date in the Fall of 2022.

“We are working diligently, it's busy, very busy.  Flying in space is really hard, especially when you are flying a brand new spacecraft.  This first flight is a test fight just like with an airplane test flight, just more technical.”

Wilmore and his crew are working closely with the Boeing company for the Starliner.

“As a crew, we are deeply involved in the process. We are ensconced in all the meetings.”

Space flight tests are different from airplane test flights, but it has “similar mechanics” and that is what Wilmore and his crew are trained to do.  They will have the ability to manually take over the flight of the Starliner should an issue occur while in space.

“This is only the sixth vertical launch spacecraft in the history of our nation from a NASA standpoint so to be involved with the first flight of that, it’s exciting.”

Wilmore, who began his career as a United States Navy test pilot has already had two spaceflights.  He piloted the Space Shuttle Atantis on an 11-day Space Shuttle mission in 2009, to the International Space Station. He also served as part of Expedition 41 to the ISS in 2014.

Before being chosen as a NASA astronaut in 2000, he was a Navy test pilot and took part in the development of the T-45 Goshawk trainer jet.

Wilmore has been on the Tech Board of Trustees since 2017. He returns to Tech at least four times a year for the meetings but tries to return more often as he still calls Tennessee home, despite physically living in Houston Texas.

He considers being asked to serve the board of trustees an honor, and values being able to give something back to the university.  He incorporates time in his busy schedule to prepare for the board meetings and takes pride in his position.

“It’s an honor, I appreciate the opportunity and am so grateful for it.”

Wilmore credits his time on the Tech football team as helping prepare him for his future career. He said there is a level of rigor and discipline that he would not have would not have known had he not played football. He learned how to compartmentalize and how to work on a team.

“I had to be disciplined and I had to be focused. I am so grateful for the college experience, the football experience, and the combination of the two.  It shaped my life.”