The Story:
It's the end of the world and hordes of rampaging zombies are about to kill you. What do you do? Try your hand at kung fu against the undead? Attempt to reason with creatures that would rather eat brains than use them? Turn to this handy and hilarious guide to survive the apocalypse! (Hint: sacrifice the weak is step number one.)

The Story:
Four people wake up in a room with no memory of who they are or how they got there – and no way out. As they are put through a series of increasingly dangerous trials, they start to realize they're actually part of a secret interview process.

The Story:
Dating can be hard. Especially when your date happens to be a raging kleptomaniac, or your grandmother's bridge partner, or a mime. Check Please follows a series of blind dates that couldn't get any worse – until they do. Could there possibly be a light at the end of the tunnel?

A World Premiere of a New Musical

Book and Lyrics by Jason Spraggins

The Story:
Crawlspace is based on the story of a convicted serial killer. Although inspired by his words and the public record of his life and crimes, this is a work of historical fiction. Certain names and identifying details have been changed to protect individuals' privacy, and liberties have been taken that differentiate this work from true-life events. Crawlspace is a theatrical re-imagining of the story and repercussions of the tragic crimes.

Auditions will consist of cold-readings from the script.
Plus: Interested performers are encouraged to prepare a short singing selection.

For further information, or to borrow a script, please contact
Mark Creter at (931) 372-3478 or mcreter@tntech.edu 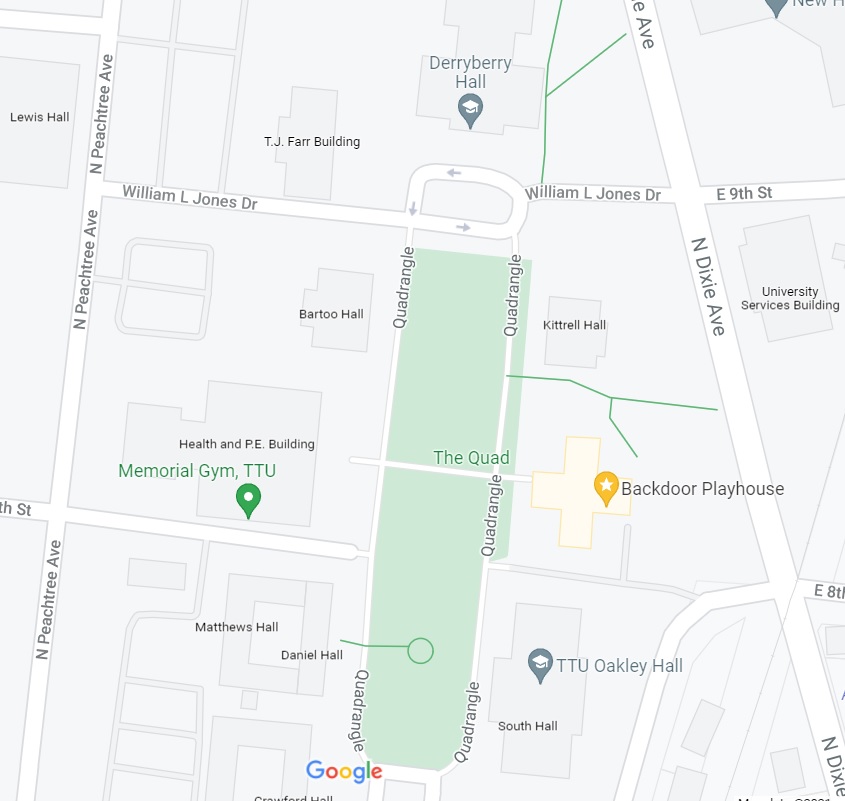