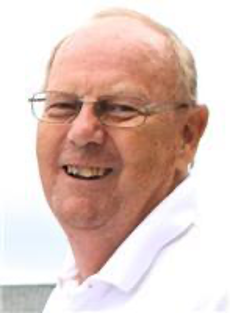 Fred Barrell originally came to Tennessee Tech to play football but secured a position as the head equipment manager instead and served in this role for all four years of college.

Upon graduation in 1973, Barrell received his U.S. Army Commission and reported to active duty. Highlights of his 28-year Army career included earning both the Meritorious Service Medal and the Army Commendation Medal. He served as assistant chief of staff of the 4th infantry division at Ft. Carson and commanded the personnel support company, 24th infantry division, during Desert Shield/Desert Storm.

Barrell always credited Tech and Assistant Football Coach Bob Joye, a member of Don Wade’s coaching staff, with changing his destiny by making him a part of the Golden Eagle Football team.

To support this effort, make a gift via the form below. Be sure to include in the comments section that your gift is for the Fred Barrell initiative. And consider checking the “recurring gift” box to make a gift each month or year. This is a great way to make a larger contribution over time!