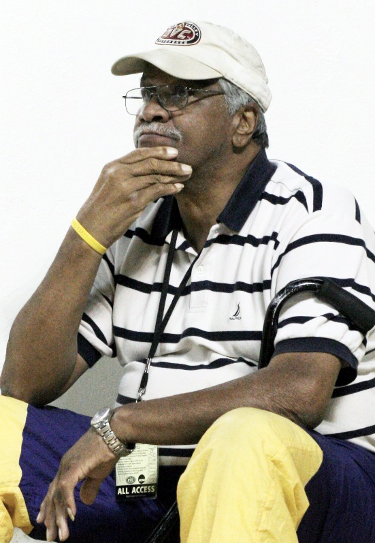 Larry Schreiber is leading an effort to raise $250,000 to honor John “Shakey” McClellan with a named space in the Football Operations Center.

“He was a mentor, a jokester, a supporter and a truth-teller,” said Schreiber. “He meant a lot to me and to Tech Football.”

Shakey managed John’s Place in Cookeville and was a strong supporter of Tech Athletics. For years, he worked the admission ticket gates for Tech football and basketball games and developed friendships with many Tech athletes that lasted for decades.

“For 15 years or so, Shakey McClellan was a fixture at the reunion, just as he was around the program when we played,” said Schreiber. “After decades of being a part of Golden Eagle football and basketball, of greeting us at the door of John’s Place and patting our backs after a game, this is a meaningful and deserving way to memorialize our friend.”

To support this effort, make a gift via the form below. Be sure to include in the comments section that your gift is for the “Shakey’s Corner” initiative. And consider checking the “recurring gift” box to make a gift each month or year. This is a great way to make a larger contribution over time!