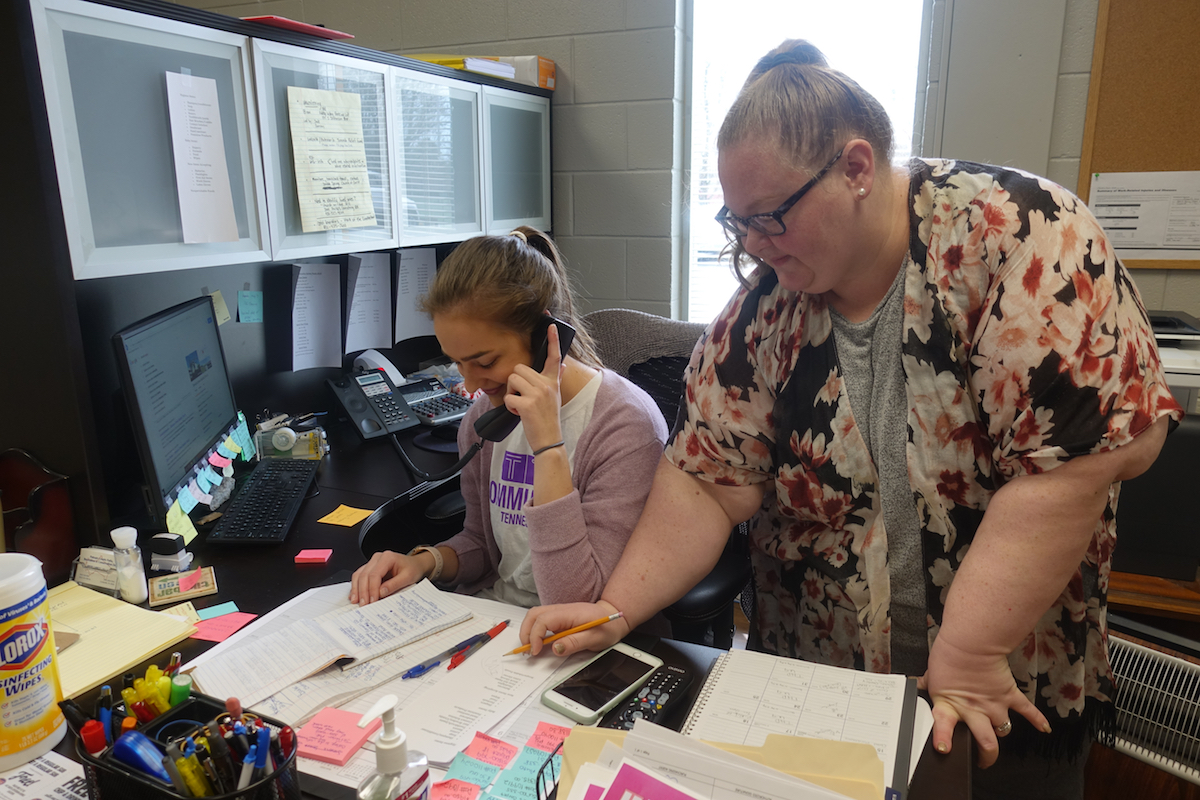 When Michelle Huddleston woke up the morning of Tuesday, March 3, she knew it was going to be a busy day.

As the sun came up, the sheer devastation of an F-4 tornado that hit west Cookeville became evident. And since news broke of the devastation and tragedy, Huddleston, who is the assistant director of Tech’s Service Learning Center, has been in volunteer mode.

Huddleston has been helping at the Cookeville Community Center, a designated drop-off for donations in the event of disasters such as the tornado that struck early Tuesday morning. She has not stopped answering the phones from people and organizations all over the country who are wanting to help.

“This is my new home for now,” said Huddleston about the community center where the phones continued to ring Thursday morning in the office she has taken over. “I’ve been here since Tuesday and the response has been huge.”

Several Tech students and organizations have also answered the call to volunteer. Hannah Phillips, a junior nursing major from Franklin, has been a big part of that movement.

“I came in Tuesday right after classes were cancelled,” she said. “I started asking for help then.”

Phillips has been the food pantry manager for a year and was ready to help when it came time.

“We met over at the food pantry early that afternoon and brought some supplies, such as bottled water, toiletries and other basic kitchen items,” Phillips said. “The response I got was amazing.”

Around 20 Tech students showed up to help and stayed at the community center to help organize.

Members of Tech’s athletics programs have also been out in full force, helping at the community center, area churches and out in the disaster zone.

A private school in Monterey also came in and took over sorting donations and supplies. Heritage Academy students and faculty arrived Tuesday and are still on hand with Huddleston helping sort donations.

“I’ll be here as long as I’m needed,” Huddleston said.

Anyone wishing to donate supplies or volunteer can visit https://www.tntech.edu/volunteer/donate.php for information or visit the Cookeville Strong Facebook group. 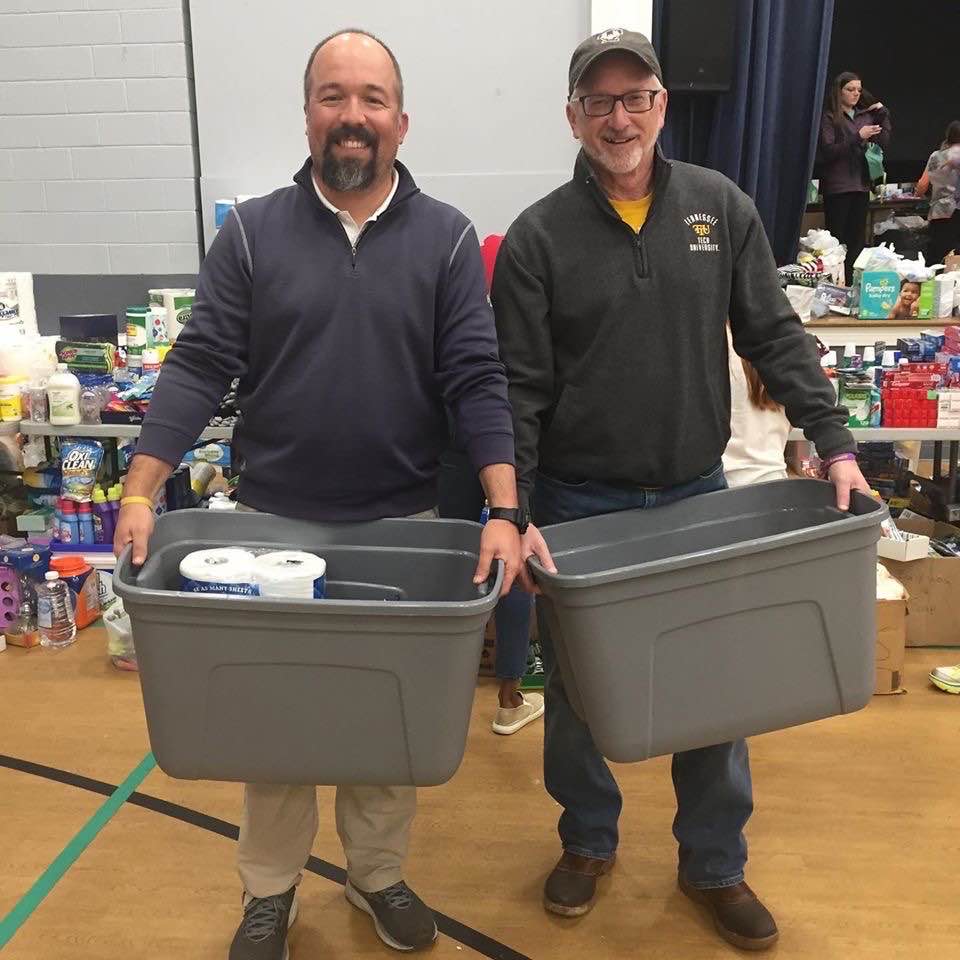