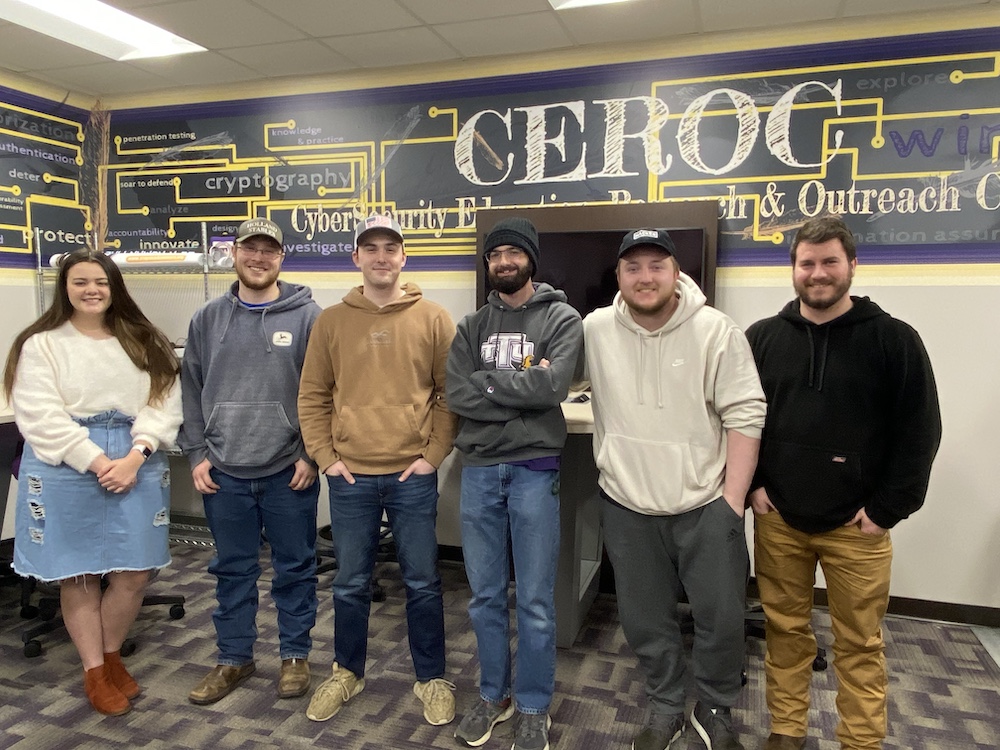 The cybersecurity team took third out of 16 college hacking teams from around the world at the Collegiate Penetration Testing Competition took place at the Rochester Institute of Technology. At the annual event, now in its seventh year, students showcase their technical and professional skills and gain experience in the practice of identifying security vulnerabilities.

“Honestly, it is hard to describe, but I was ecstatic,” team member Austin Tice said about finding out Tech won third place.

To make the competition tougher the Tech team had to participate remotely. Due to weather concerns and the recent COVID variant, the team members had to participate in different locations through Zoom, which made working as a team tough.

Kaitlyn Carroll is a cybersecurity graduate student and captain of the Tech team. She attributes the team’s success to the members’ strong technical training, but also to how professional everyone was during the competition. The team won the professionalism award.

The Tech team included Carroll, Austin Brown, Tice, Jesse Holland, Jacob Sweeten and John Housley. Five members of the six-member team are CyberCorps scholarship for service students, a program funded by the National Science Foundation. A team from Tech has not attended the finals since 2018.

“During the competition, we didn’t know what they were going to throw at us, so half the time we spent researching, Googling trying to figure out, ‘Hey what can I do to this?’ It was a really good insight to what that kind of job looks like, doing penetration service assessments,” Holland said.

During the three-day immersive competition, each team was tasked with identifying weaknesses in a simulated corporate environment without impacting the operations of business activities. Each year the competition focuses on a different business sector. This year they focused on industrial food manufacturing and retail sector. For the challenge, the students had to break into networks of Le Bonbon Croissant, a fake global bakery and confectionery that operates its own retail stores, with realistic websites, social media accounts and staged character interactions. Students investigated web and software weaknesses, including finding vulnerabilities.