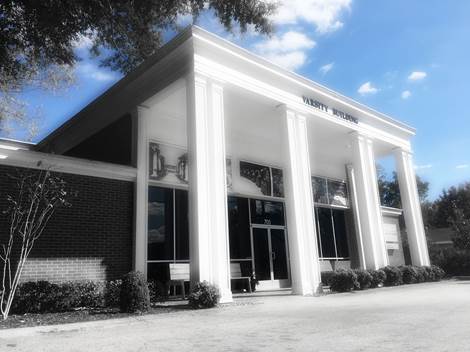 It’s no secret that the Varsity Building, formerly known as the Alumni Building, was originally the Varsity Cinema Theatre.  But what many alumni may not know is that this building—the home of University Advancement, including the Crawford Alumni Center and the Alumni Association—may have its very own ghost.

University Advancement employees weren’t completely surprised to hear these stories.  It’s not unusual for an Advancement employee to be here after hours, alone, and hear unusual noises.  Multiple people, while knowing they were the only person in the building, have heard noises that sound like someone else is there, often walking around upstairs.  Some have even go so far as to call out “hello?” with no response.  Others just lock their door and hope the noises go away.

The building is unusual in that what was once a theater was renovated to become two stories, with office spaces.  It has exposed duct work and air vents.  So, some strange noises are to be expected.  But now, when an employee hears a strange noise, he or she laughs and says, “It must be the little girl.” 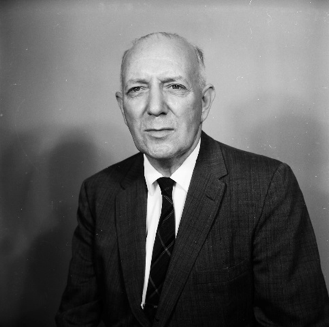 A coroner on campus

Ferris Underwood Foster (the namesake of Foster Hall) was hired as a science instructor in 1926 and chaired Tech’s Department of Chemistry.  What many may not know about F. U. Foster is that he also served as a coroner.

In a story in the April 27, 1933, edition of the Putnam County Herald, Foster is referenced as examining the organs of a Silver Point woman who was exhumed at the request of family members who weren’t satisfied that the cause of her death was heart disease.  He did the testing in his lab at Tech.

While this story is more gruesome than ghostly, we bet you didn’t know that happened on campus! 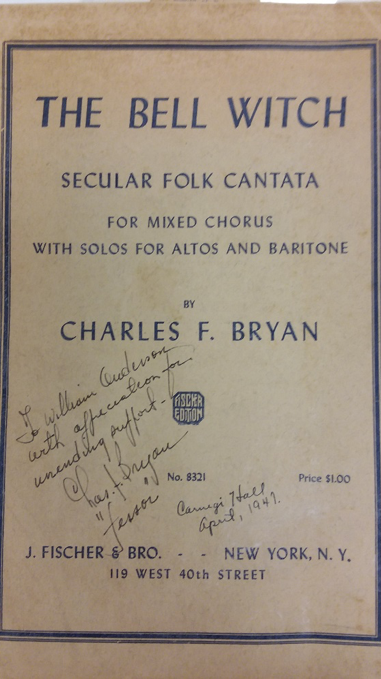 The story of the Bell Witch is not only Tennessee’s most famous haunting story, it’s one of the most famous ghost stories in America.  So what’s the connection to Tennessee Tech?

Charles Faulkner Bryan (whom the Bryan Symphony Orchestra and Bryan Fine Arts Building are named for) was arguably Tennessee’s most distinguished classical composer in his day and was Tech’s first music program director in the 1930s.  As the only Tennesseean to win a Guggenheim Fellowship, Bryan began writing the “Bell Witch Cantata” during his studies with German composer Paul Hindemith at Yale University.  He finished the cantata in 1947, and it premiered at Carnegie Hall later that year by Robert Shaw, conductor of the Julliard Chorus and Orchestra.  Bryan died in 1955—at just 43 years old—and his compositions were later donated to Tech.

Seventy years after Bryan wrote the “Bell Witch Cantata,” Dan Allcott, Professor of Music, Director of Orchestras, and Instructor of Cello at Tech, re-edited it for modern performance, and the cantata has since been performed at Central Washington University, by the Oak Ridge Symphony and Chorus, and by the Bryan Symphony Orchestra and Tech Chorale as well.  Bluefield College in Virginia will perform the “Bell Witch Cantata” next spring.

While the Bell Witch legend varies depending on who’s telling it, at its core is the haunting of the Bell family by an evil spirit (often thought to be a witch) in their home in Adams, Tennessee.  The cantata tells the story of the evening when the dreaded curse descended in full force on the Bell family. 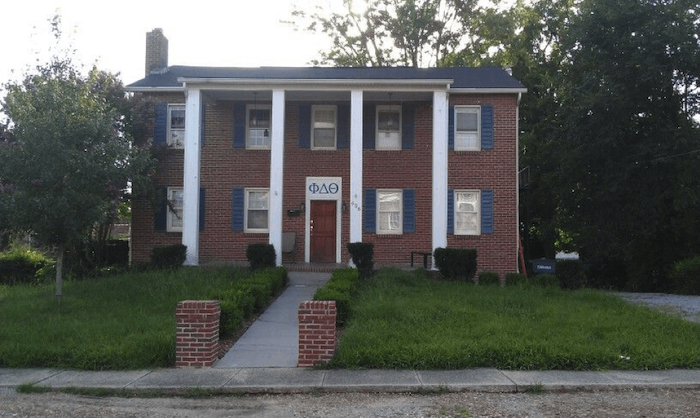 The building known today as the Phi Delta Theta house was built in the 1930s and was originally home to the Crawford family, one of the founding families of Tech.  In 1968, it was occupied by Sigma Tau Omega (STO), the Greek letter name for the fraternity that operated “underground” before Tennessee Tech allowed social fraternities to be publicly and formally recognized.  In 1969, STO became Phi Delta Theta.

Legend has it that decades ago, a brother died in one of the upstairs bedrooms of the Phi Delta Theta house.  Years later, while a brother was at the house alone, he thought he heard someone upstairs say “Howdy.”  He looked for who the voice could have come from, but no one was home.  After that, the ghost was nicknamed “Howdy.”  Another brother recalls staying in a particular room in the house and feeling like a presence was holding him down in bed and breathing on him.  He would never go back in that room.  And another brother claims to have had his blanket thrown off his bed in the middle of the night.  He also found that an object he placed on a table would be placed somewhere else.  Fraternity alumni say no one ever died in the house, so it’s unclear where the legend comes from, but the house’s age and creaky floors add to the eeriness of the legend of Howdy.

Alumni continue to tell active brothers that Howdy will never bother a Brother Phi who upholds the three cardinal principles:  Friendship, Sound Learning, and Rectitude.  But if you do not uphold these three principles, watch out! 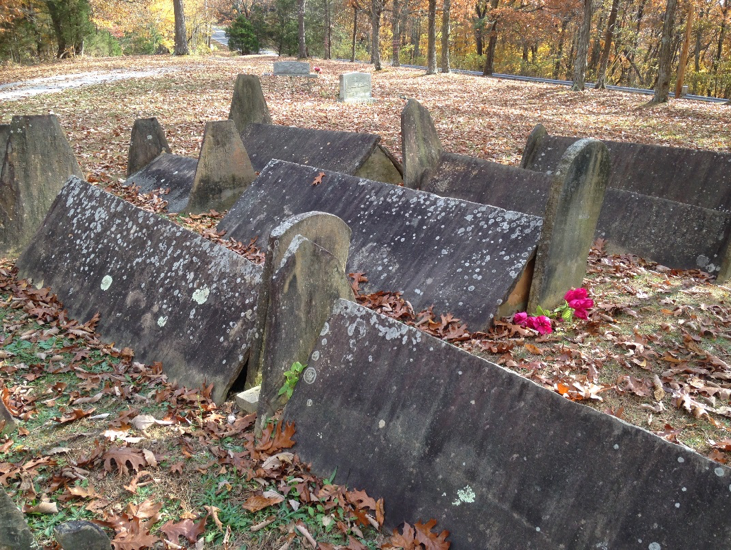 “In the Putnam County courthouse, it’s recorded as Stamps Cemetery,” the article penned by Laura Clemons said.  “But around Tech, it’s called the Witches’ Graveyard.”

One of the oldest traditions in the Baptist Student Union (BSU) was the initiation at the witches’ graveyard.  In the 1960s, upperclassmen started taking freshmen there and on the way, they’d tell them the story of the graveyard.

The story, according to BSU tradition, says that earlier in the century, a coven of witches were reported to have lived in a boarding house that later became the Kappa Sigma fraternity house.  As a mark of their belief, the witches painted a pentagram (or five-pointed star) on the exterior of the house.  At this point in the initiation process, the BSU members would drive by the Kappa Sigma house and show the freshmen the star.  Then it was off on a long, dark mountain road to the cemetery.  The story continues that, as witches died, they were buried in the cemetery, and their headstones were marked with the same star painted on the fraternity house.  Of the dozens of witches’ graves, only two had a star pointed upward; the stars pointing down were said to be the marks of bad witches.

While Kappa Sigma confirmed that a pentagram was etched on a side door of their house, what many people didn’t realize was that the star symbol is part of their badge design.  It’s also a symbol of Christianity.

So what’s the true story of the Stamps Cemetery?  It is a small graveyard off Brotherton Mountain Road and contains gravestones from the 1800s.  While many of the older headstones are marked with stars, that’s not the only unusual feature you’ll find there.  Some of the graves also have two large slabs of rock in a tent formation over the spot where the body is buried.  These “tent graves” or “comb graves” have a logical explanation too:  Most likely, the graves are a form of cairns, where piles of stones were placed on top of graves.  Without a lot of top soil to work with, this may have been an easier way to cover the graves.

The Stamps cemetery is a family cemetery, and the stars are likely the way Mr. Stamps signed his name.  It also may have been a masonic symbol, since the stones were clearly created by skilled craftsmen.

So while the true story of the Stamps Cemetery is less spooky, it’s still a good way to scare family and friends! 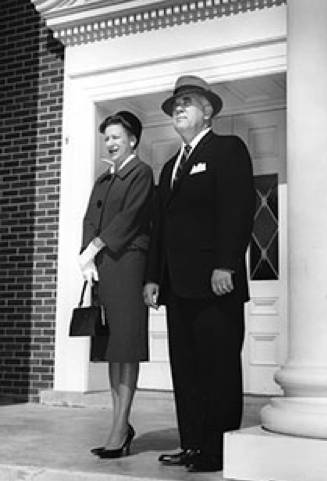 Tech’s most recognizable building just might be haunted by its most well-known president.

Crawford Alumni Center recognizes that some names, places, and facts within each story may vary, depending on who tells the tale.  We also acknowledge that, just as with many ghost stories, the facts may disprove the claims.  We share this list of Tennessee Tech and Upper Cumberland legends simply for fun.

Special thanks to Dan Allcott, Laura Clemons, Jay Grannis, Keith Trout, Megan Atkinson and University Archives, and former members of The Oracle newspaper staff for their assistance in researching and compiling these stories.