Harry and Alicia Nickens: How Leonard and Gladys Crawford Changed Their World 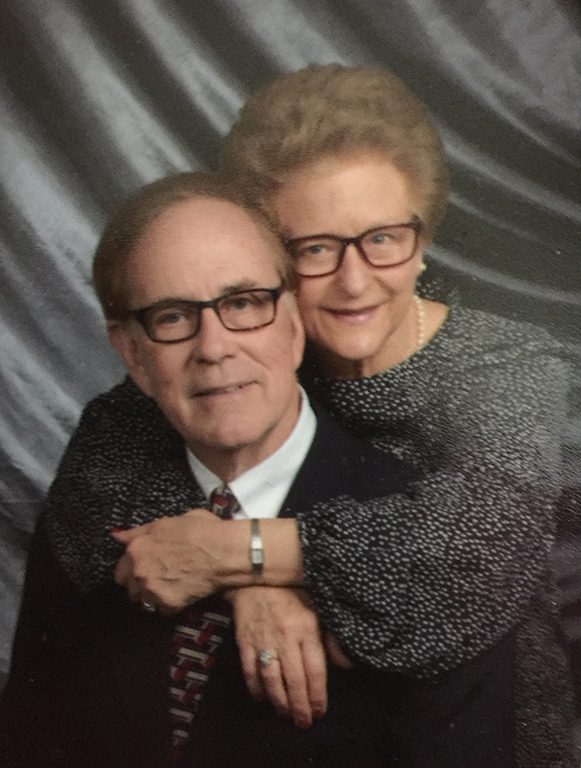 My initial quarter at Tennessee Tech was fall 1962.  I commuted from my hometown of Monterey, some 17 miles east of Cookeville.  Chores and responsibilities at home did not permit adequate time for academics.  To address this, the decision was made to reside in Cookeville beginning with the winter quarter.  To do this, it was necessary to secure part-time employment for offsetting living expenses.  Enter the Crawford's into my life, encounters that forever impacted my life journey.

I visited Mrs. Crawford in early December 1962, seeking employment in the cafeteria where she was the Director of On-Campus Food Services.  She was most gracious and offered me employment, beginning in January for, as she said, “Son, the cafeteria is closed for Christmas break. Why don’t you go see my husband’s secretary, Mrs. Eblen, to see if there is something you can do for her during the Christmas break.  Come back in January and I will have a job for you.”  The first impact by a Crawford on my life journey was a deferred job offer.

My walk to Derryberry Hall and meeting with Mrs. Hooper Eblen afforded me the opportunity to begin, the next day, my initial employment at Tech.  My responsibility was mailing college catalogs to prospective high school seniors and companies that provided co-op opportunities for many Tech students.  I was permitted to continue part-time employment in that office going into the winter quarter, January 1963.  In subsequent positions I was given ever-expanding responsibilities:  among others, compiling admission material for an incoming freshman class, preparing the institutional application for the Federal College Work-Study Program, and representing the college at career and financial aid information session across Tennessee.  I also served as a graduate assistant in that same office while pursuing my master’s degree between fall 1966 and summer 1968. In addition, I served as de facto financial aid officer; was designated as a ‘Saturday Morning Administrator’ facilitating a positive experience for campus visitors; served two years as a head resident, first for 41 female and then 150 male students; and more. Collectively, these experiences led me to pursue my doctorate in student personnel administration in higher education and a career in college administration.

Mr. Leonard Crawford’s most profound impact on my life took place on January 3, 1967, when he introduced me to his new secretary, Alicia Beck, a Tech student from Rockwood, Tennessee.  At the end of the day, she prophetically told others, including my younger brother (also a Tech student whom she had dated twice), “I met the man I am going to marry today—your brother.”  Alicia and I were engaged in June and married in August, with Gladys Crawford catering our reception as a wedding gift.  We celebrated our Golden Wedding Anniversary in 2017.

The positive impact of the Crawfords on our lives has been beyond measure.  I have often thought, “What if the cafeteria had been open?”  It was a GMC—a God-Made Coincidence.  In His economy, the cafeteria was closed, Mrs. Crawford referred me to an office where I would work for nearly seven years, and where I would meet my life partner. We will forever be indebted to these Tennessee Tech icons.