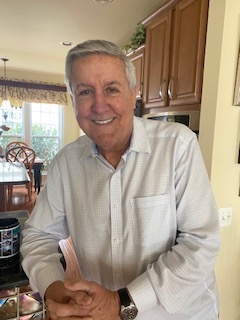 From majoring in pre-law at Tennessee Tech to protecting the president of the United States, Bob Babilino, `68 history/pre-law, says a Tech education showed him that he could be anything he wanted to be.

“Tech gave me, a young man with a mediocre academic background, a chance to achieve a goal that no other young man in my family had ever achieved: a college degree,” said Babilino. “Without the opportunity to attend Tech, I am not sure I would have had the vision and direction to achieve what many call a successful career. I am very thankful to Tech for taking a chance on me.”

After graduating from Tech, Babilino applied for a position with the Secret Service, but he didn’t expect to be hired. The application process is extremely competitive; only one in 500 is selected.

“They may have made a mistake with me,” Babilino joked. “But I was very fortunate to get in.”

Babilino started out as a criminal investigator in the forgery unit, investigating counterfeit checks, bonds and U.S. currency. He was then promoted to White House detail where he was assigned to protect Secretary of State Henry Kissinger and President Gerald Ford.

“I traveled all over the world,” said Babilino. “And I learned a lot about history and politics – both good and bad. I gained a keen understanding of international affairs and diplomats. It was a very interesting, very turbulent time in our history. There was a lot of unrest in the country – a lot of Vietnam dissenters – but we got through it.”

Babilino’s assignments allowed him to meet numerous high-profile individuals including the Queen of England and the Pope.

“I was in awe, at first, but soon you realize they put their pants on one leg at a time like everyone else,” said Babilino. “They are people, just like us. I was respectful of them, and I hoped they would be respectful of me as well.”

“What they said in front of me stayed with me,” he said. “I was worthy of their trust.”

Babilino’s Secret Service training was put to the test on a 1975 visit to San Francisco. As President Ford exited the Saint Francis Hotel, Babilino heard a gunshot.

Neither Ford nor Babilino were harmed, and Babilino received the U.S. Secret Service Director’s Commendation for dedication to duty and alert action taken during an assassination attempt.

Following his service, Babilino worked for the National Basketball Association in security and the CIGNA Corporation where he assisted with domestic and international security investigations, training and executive protection, vulnerability and security assessments.

In 2013, Babilino joined Metro One, a professional security guard company, where he currently serves as vice president of business development. He is a member of the Former Agents Association of the U.S. Secret Service, the American Society for Industrial Security (ASIS) and the Citizens Crime Commission for the City of Philadelphia.

Babilino says throughout his career, he has spoken to numerous organizations and institutions, and he always encourages prospective students to attend Tech.

“Tech is where I got my start,” he said. “My message is always the same: You don’t have to go to Harvard to be successful. I was not an honor roll student coming into Tech, but they gave me an opportunity, and I took advantage of it. As long as I had the training and the degree, I knew I could do anything.”