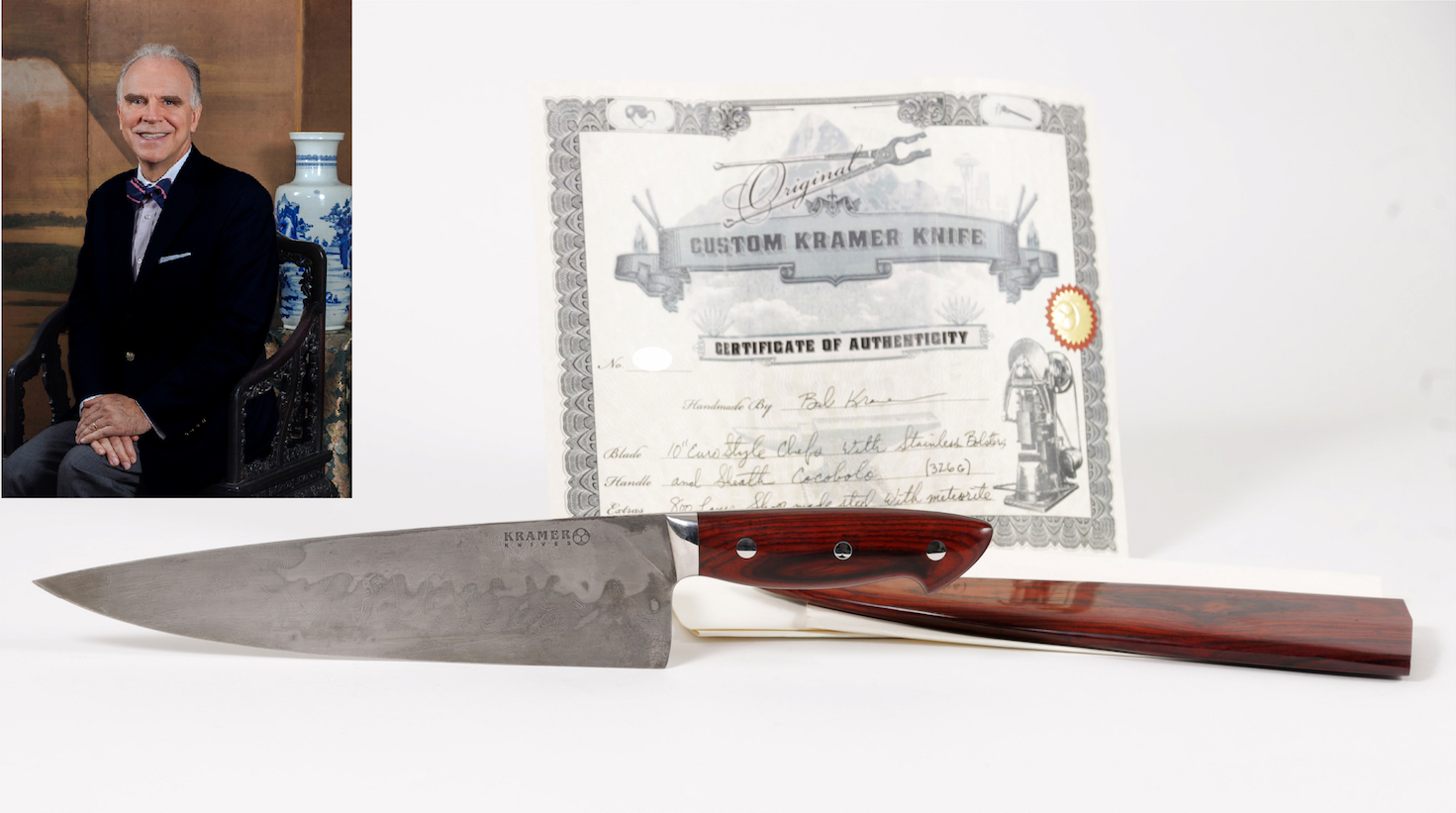 When bidding for the Collection of Anthony Bourdain closed on October 30, more than 3,000 bidders had participated, and 202 lots totaled $1,846,575 in sales.  Bourdain’s Bob Kramer Steel and Meteorite Chef’s knife sold for a record price of $231,250, and his U.S. Navy jacket from the U.S.S. Nashville sold for $171,150.  Lark Mason, the CEO of the auction house responsible for managing the Bourdain estate, credits much of the sale’s success to his Tennessee Tech education and the experience he gained from owning Arcade Antiques in Cookeville.

Mason, a 1978 Tennessee Tech master of business administration graduate, owns iGavel Auctions, one of the leaders of luxury sales via auction, and Lark Mason Associates, a full-service appraisal service and auction house specializing in fine and decorative works of art.

“When we were asked to make a proposal to sell the property of Anthony Bourdain, we met with his widow and her lawyers and asked questions about their concerns and what they wished to accomplish,” said Mason.  “From the beginning, we created an outline of how we believed we could offer a special set of skills that other companies could not offer that would achieve the highest prices and do so in a manner that would enhance and not compromise the wonderful work Bourdain had done in connecting with so many people via his books and television appearances.”

The Bourdain sale included a range of items from books and personal mementos to carefully chosen works of art, as well as cultural artifacts, which he accumulated during his travels.  Many of these items had special significance to Bourdain, either as gifts from friends or special purchases associated with memorable experiences from his writing or television appearances.  The sale was 100 percent online, enabling Bourdain’s many fans to participate, and the Bourdain family gave 40 percent of the sale proceeds to a scholarship fund for culinary arts students at the Culinary Institute of America.

“I look back with great appreciation for my years at Tech as a place where I was able to combine my interest in art and antiques and history without entailing a lot of risk,” said Mason.  “I learned business basics through my antique shop and the history and English classes I took at Tech and many happy afternoons spent with Dr. Derryberry and his wife, Joan, who became a friend.”

Mason’s career began while he was a teenager in Atlanta.  He regularly attended auctions and bought and sold art and antiques.  When his parents moved to Cookeville in 1975, Mason decided to rent part of the arcade building on the square in Cookeville from Bob Lee Maddux (whose hardware store was also on the square) and opened Arcade Antiques. Mason majored in English at Tech but transferred to the University of Tennessee at Knoxville to complete his undergraduate degree.  He returned to Tech a few years later, enrolled in Tech’s MBA program, and graduated with his master’s degree in 1978.

“Dr. Bob Bell and I became friends while I was at Tech as an MBA student, along with a number of other professors including Bernard Keys and John Burnham,” said Mason.  “All had an open door policy, and I availed myself of their thoughtful, nurturing help. Bob and I continued to stay in touch regularly, and one of my most memorable moments was hosting a farewell party for Bob at our townhouse in Manhattan during his final year as President of Tech.”

Mason served as a general appraiser from 1979 until 1985 and as a senior vice president and specialist in Chinese art with Sotheby's Chinese Works of Art Department from 1985 to 2003.  From 2000 to 2003, he was the director of online auctions for Sothebys.com.  He also served as a consulting curator at the Trammel and Margaret Crow Collection of Asian Art in Dallas, Texas, from 2003 to 2009. He is a generalist in American and European works of art and paintings, as well as an expert in the field of Chinese art, and has valued and advised many private collectors and institutions.  Lark Mason Associates regularly hosts auctions on the iGavel Auctions platform and holds the record for the highest price achieved for any work of art in an online sale for a painting sold in May 2014 for close to $4.2 million. Mason also makes regular appearances on Antiques Roadshow.

“When the Bourdain sale closed, the results spoke for the success of our approach, with objects that were expected to perhaps realize around $400,000 actually selling for nearly $1.9 million,” said Mason.  “It’s an honor to have had this opportunity, one that would never have happened without those formative years as a student at Tech.”