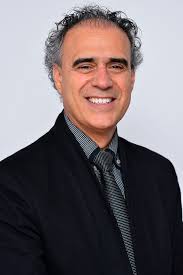 Paulo Sergio Da Graca Torres Pereira, ’78 music education, is an internationally renowned violinist, conductor and teacher. He has performed more than 4,000 concerts as a concertmaster, soloist and conductor of numerous professional orchestras in the Americas and Europe and has participated in several university and international music festivals. But while Torres has played in concerts all over the world, his journey to Tennessee Tech reminds us that sometimes, it is a small world after all.

“I was participating in an international music festival in Sao Paulo, Brazil, where I met Dr. James Wattenbarger, head of the School of Music at Tennessee Tech,” said Torres.  He was participating as well, as a guest conductor. After hearing me play the violin, he invited me to come study at Tech.”

While enrolled in Tech’s School of Music, Torres participated in Tech’s Community Symphony Orchestra, Symphony Band, Chamber Orchestra and String Quartet. He names Wattenbarger, Francis Elliott, Larry Hoepfinger and Winston Morris as music faculty who had the greatest influence on his education during his time at Tech.

“Tech was the first place I made friends from a country other than my own,” said Torres. “Their patience helping me learn the language was awesome. It was all new and challenging to me.  I had to read the text five times to understand it, and with that I was able to graduate with honors. I then went on to my masters and doctoral studies and earned a 4.0 and 3.94 average, respectively. I had a strong background from Tech.”

Torres was born in Brazil but came to the United States as a teenager and has played violin since the age of 12. He majored in violin at the School of Music and Fine Arts of Parana, Brazil, and received a Bachelor of Music Education from Tennessee Tech, a Master of Music from Andrews University, and a Doctorate of Musical Arts from Michigan State University.

In 2017, while on sabbatical from his position as a violin and conducting professor at the School of Music and Fine Arts of Parana, Brazil, Torres volunteered to play violin at the AdventHealth hospitals in Palm Coast and Daytona Beach, and the hospitals were so pleased with the results that they decided to create, for the first time in the history of AdventHealth, the position of Music Minister.

Torres plays to bring comfort to the patients and staff at AdventHealth, and his position has become even more critical during the COVID-19 pandemic. Torres says he has witnessed many instances of patient recovery through music that can only be described as miracles.

“People have woken up from a coma,” he explained. “Others were greatly stimulated by the music, and that alleviated their depression or stress. Others felt great peace.”

His experiences playing at various hospitals inspired Torres to complete additional post-doctoral coursework not just in music, but in healthcare as well, at Yale, Harvard, MIT, the Berklee College of Music and Oxford University. He has taken classes in psychology, clinical pastoral education and spiritual aspects of palliative care, just to name a few.

“Work hard,” Torres advised the students enrolled at Tech today, especially those pursuing a degree in music. “Combine your talent and enthusiasm with indispensable discipline, and you will be successful.”