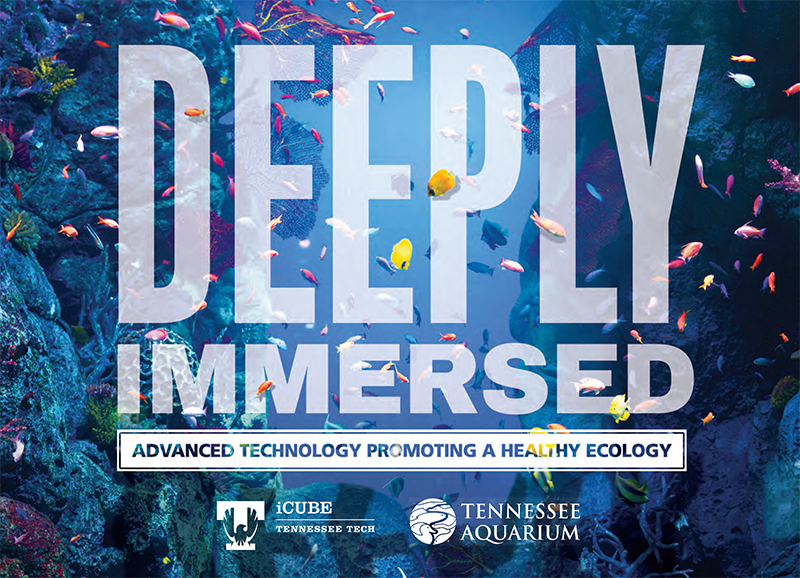 Our first adventure with the Tennessee Aquarium was the development of their visitors app, available for download in both the iTunes and Google Play stores.

The app allows visitors to learn more about the exhibits and animals within them, view schedules for special events, and share their experience with friends and family via social media. This first successful project with the Tennessee Aquarium won a gold Horizon Award in the educational mobile apps category, and led to our involvement in a second project: animal tracking. 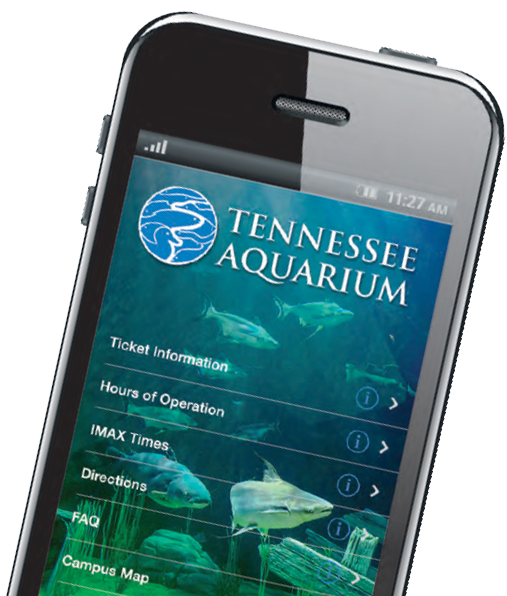 Virtual Reality Ecosystem
Connect, a publication of the Association of Zoos & Aquariums, featured the Tennessee Aquarium and how iCube has used Oculus Rift to immerse users in a 3D virtual reality Conasauga River to see how pollution effects an ecosystem. 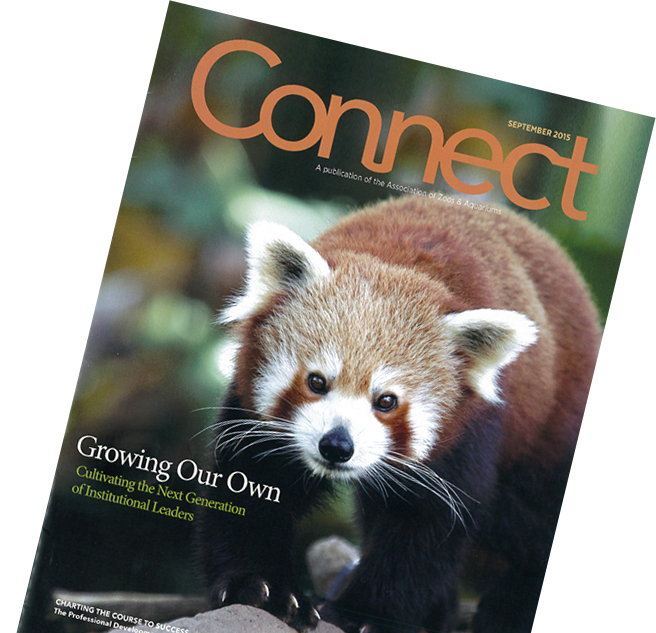 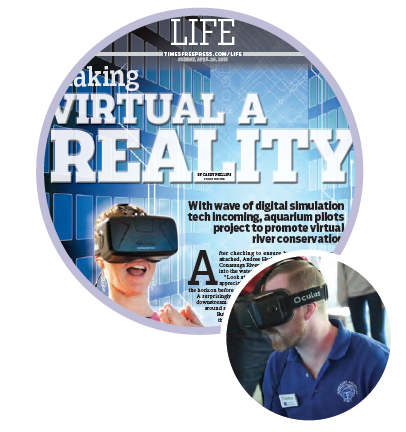 When the BusinessMedia Center became iCube and acquired virtual reality technology and a team of developers, the Tennessee Aquarium provided the inspiration for our first simulation.

Working with the educational and promotional team at the Aquarium, we brought Environmental Science students, educators, artists, and programmers on campus together to create River Ecosystem Conservation, an educational adventure through a stream with indicator species modeled after the Conasauga River. Using the Oculus Rift head mounted display, students at the Aquarium, and players at home via the WEARVR website, are able to be completely immersed in a river as they watch pollution impact the underwater ecosystem, then make decisions on how to solve the polluting problems. The story of this game’s creation and educational application has been publicized in the Chattanooga Times Free Press, The Atlantic, and the Association of Zoos and Aquariums CONNECT magazine. 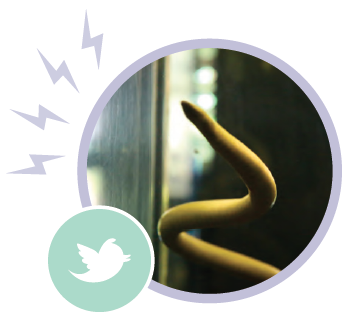 Once the Tennessee Aquarium learned they were getting an electric eel for a new exhibit, they decided they wanted to do something special.

Discussions with the iCube team lead to the creation of Miguel Wattson, The Tweeting Eel. Using a computer-coded fuse box written, ironically, in the Python programming language, @EelectricMiguel is able to send a “tweet” to the Twitterverse whenever he emits significant voltage. 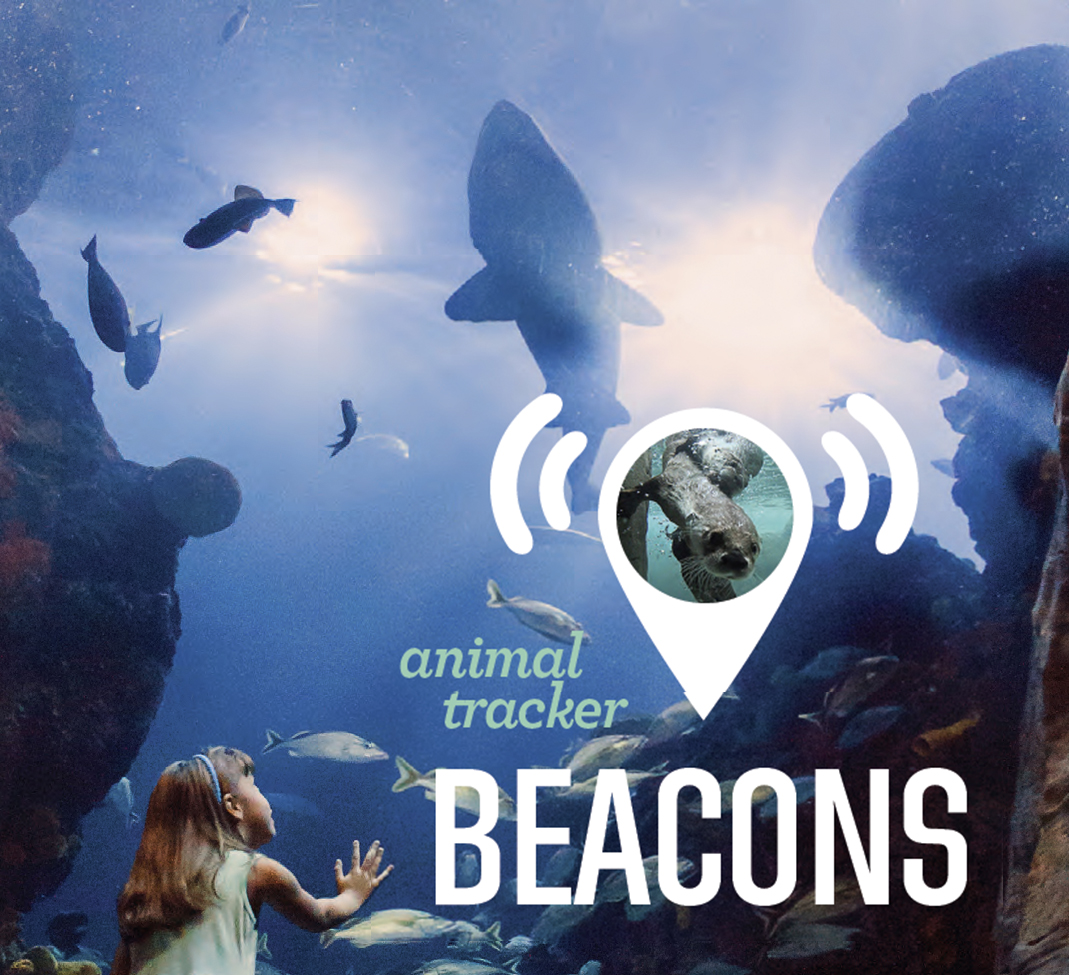 In 2014, the Tennessee Aquarium became the first aquarium to use tiny transmitters called Beacons to track the position of guests in relation to exhibits equipped with this Bluetooth technology.

Working with the CloudBeacon company that created the technology, iCube integrated the experience with the visitors app. Kids can use the app to become “High-Tech Animal Trackers” and experience the life of a wildlife biologist and “track” endangered species throughout the exhibits, receiving notifications when they approach “tagged” animal habitats. 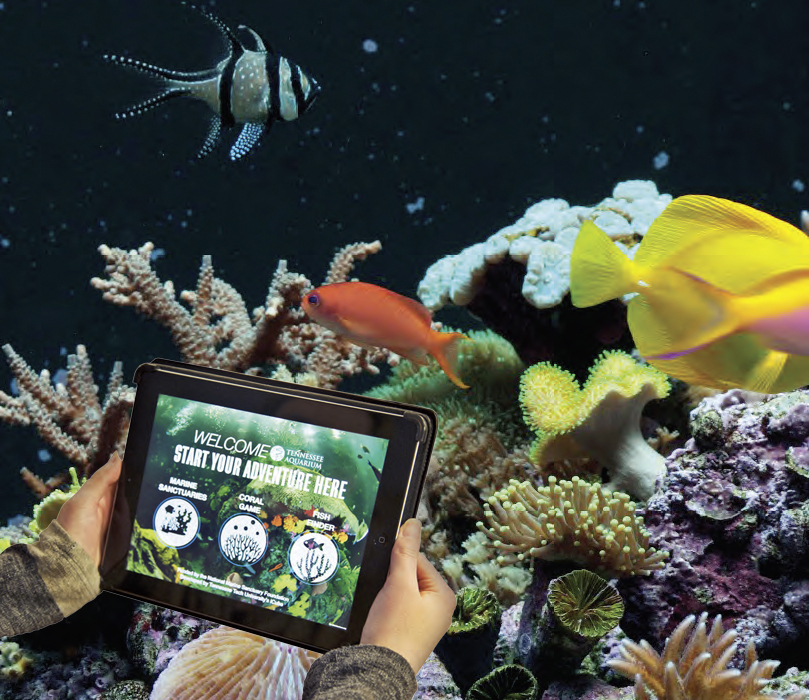 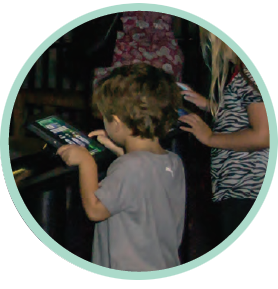 After receiving one of the 2014 Hollings grants from the National Marine Sanctuary Foundation, the Tennessee Aquarium asked iCube to create a new kiosk system for their largest saltwater tank, the Secret Reef exhibit.

Using the same Unity engine responsible for our virtual reality development and our marketing background, we created an app to replace the old kiosk. Visitors to the Aquarium will use iPads to find their favorite fish in the tank, discover how their watershed can affect the ocean, learn more about National Marine Sanctuaries, and learn about coral reefs by playing a game to protect them. 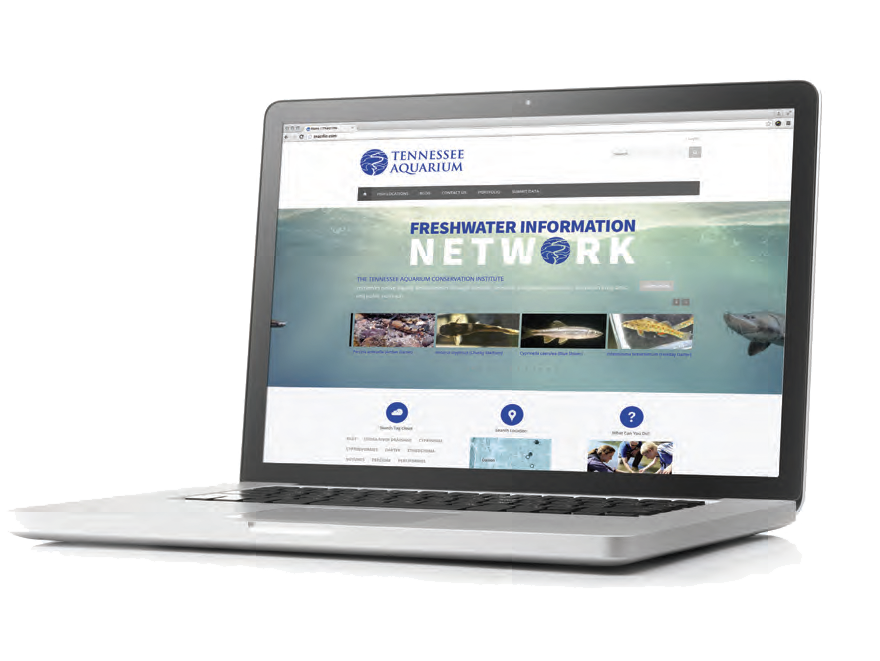 The Tennessee Aquarium Conservation Institute (TNACI) is developing a database of the southeast to provide maps, species’ information, and photographs based on the identified location of imperiled fish species.

iCube designed the website for TNACI’s Fish Identification Network (FIN) using mapping technologies like GIS for displaying species locality and collection data based on information from universities and museums. The site was created to be both an educational resource for the public and a site for environmental researchers to document their findings as they add to the growing database. 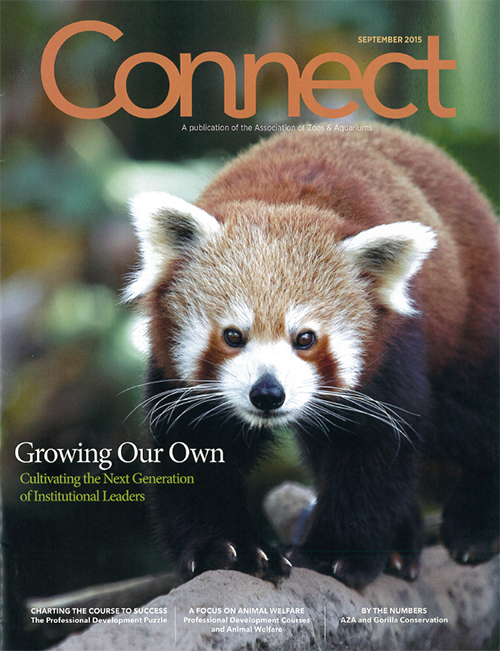 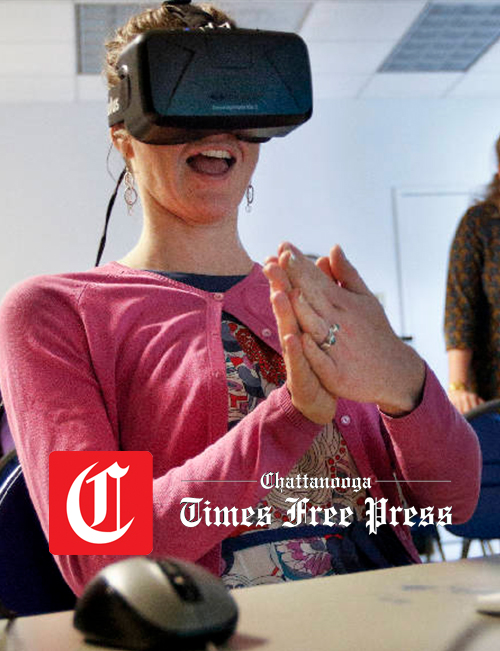 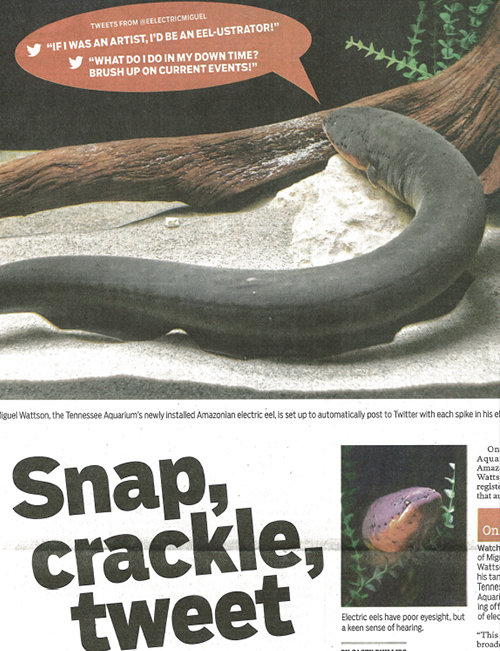 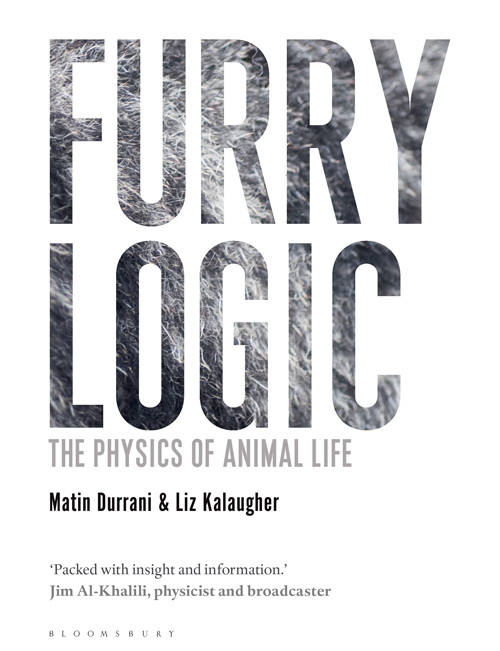