Working in a field that has been primarily dominated by men is not an easy task; some would even shy away from putting themselves out there, but not Mary Pashley. As the first woman to earn a doctorate degree in finance from the University of Tennessee-Knoxville, she has continued to break barriers throughout her career. 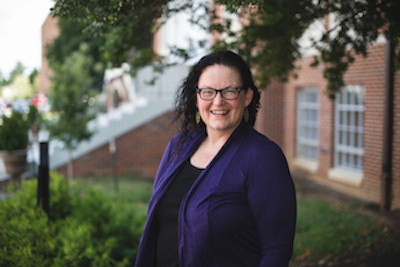 In addition to her doctorate degree, Pashley also earned two masters degrees from UT, in management science and finance. She received her bachelor’s degree in both mathematics and theatre from Vanderbilt University.

During her 30-year career at Tennessee Tech, Pashley has taught 13 different courses for the College of Business at both the undergraduate and graduate levels. She was Tech’s first female tenure-track faculty member in finance, and remained the only one for 27 years.

Pashley says that the proximity to friends, family and colleagues at UT helped her choose Tech at first, and the community made her decision to stay even easier.

“I did not envision staying for 30 years, but have grown to love living in the Cookeville area,” said Pashley.

Her service activities have been noteworthy, including being the faculty advisor of Tech’s chapter of Beta Gamma Sigma, the international business honor society, for more than 10 years, working as the associate director of the Tech Honors Program for five years, and serving on the National Collegiate Honors Council Finance and Investment committees.

Her activities and service extend beyond the campus; she is highly involved in the local community.

“I have a very active, longstanding interest in the arts, both as a performer and in a service capacity,” said Pashley.

Pashley has been a member of Mastersingers for more than 20 years and served as their president, treasurer and fundraising chair. She is a longtime member of the Tech Art Committee and the Tech Bacchanal Committee. She served on the board of directors for the Bryan Symphony Orchestra and helped run their box office. She has been seen performing on various local stages from time to time, usually in musical theatre productions like Cabaret, The Music Man, and Avenue Q.

Her research has covered a broad range of finance topics including mergers and acquisitions, divestitures, neural networks, ownership structure, and bond covenants. She has been published in a variety of finance and business journals and has been cited by researchers at universities in the U.S. and abroad. Her current interests focus on pedagogical issues in finance and Prospect Theory.