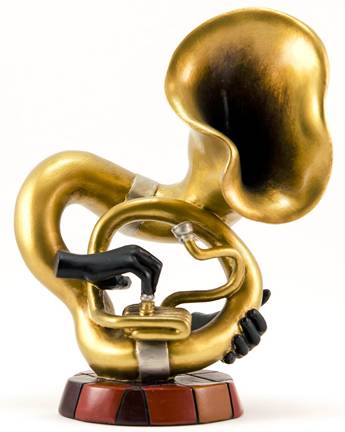 The Tennessee Tech Tuba Ensemble is one of if not the most successful performing collegiate ensembles in history. Recognized internationally as the leading group of its kind, the TTTE has an enviable record of thirty-one recording projects, eight Carnegie Hall appearances, two World’s Fairs performances, numerous national and international conference engagements, a fifty-five year history of performances from Preservation Hall in New Orleans to the Spoleto Festival in Charleston to the Kennedy Center in Washington and responsible for the composition and arrangement of more music for the tuba than any other single source. Founded in 1967 by R. Winston Morris, the TTTE and Morris established and defined the standards for tuba ensemble performance practices and have inspired the formation of like groups all over the world.

The subject of several doctoral dissertations, the TTTE most recently enjoyed wide spread exposure via a nationally broadcast PBS documentary titled TUBA U: Basso Profundo and the publication of The Tennessee Tech Tuba Ensemble and R. Winston Morris: A 40th Anniversary Retrospective by TTTE alums Charles A. McAdams and Richard H. Perry published by Scarecrow Press.