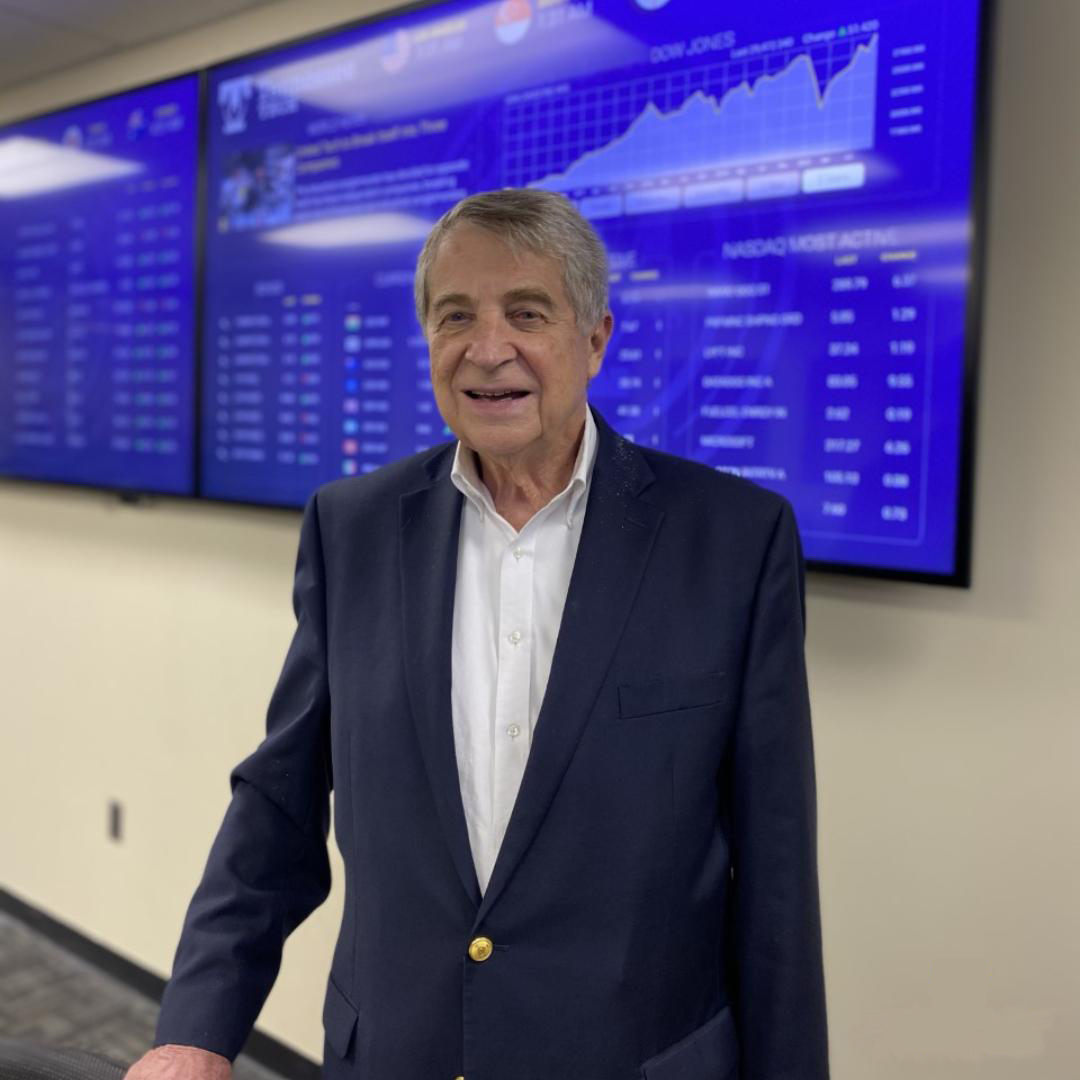 The name “Heidtke” is well-known in Tennessee Tech’s College of Business and in Johnson Hall.

The Heidtke Trading Room is one of the most unique facilities on campus and captures the attention of anyone who walks by. A learning lab that simulates the activities of a real investment firm, the Heidtke Trading Room puts finance majors in charge of real funds and allows them to make their own buy and sell decisions for their portfolio. Students can see the rise and fall of stock exchanges worldwide, commodities, currencies, individual funds, sets of funds and market newsfeeds from a wall of high-definition television screens.

“The college is forever grateful for Mr. Heidtke’s ongoing and recent financial support,” said Thomas Payne, dean of the college of Business. “His multitude of investments in students, programs and Johnson Hall has transformed our learning environment and placed students on a pathway to achieve professional success.”

“I’m a big believer in education,” Heidtke explained. “And I’d like to see the College of Business continue to grow.”

Heidtke graduated from Tech in 1964 with a bachelor’s degree in business management. An entrepreneur since the age of twelve, when he sold Christmas trees, Heidtke is the founder and president of Heidtke & Co, a Nashville-based investment firm. Heidtke credits Tech for preparing him for his career.

“Tech was a little more difficult than most other schools in the state,” he said. “It forced me to work a little harder. It was good for me to go there.”

He added that attending Tech gave him the opportunity to meet people from different backgrounds.

“I grew up in Nashville,” he said. “One of the best things about Tech was being around people from other cities and smaller towns.  Some came from families who were very different than mine. I enjoyed meeting people who weren’t like me.”

Heidtke encourages Tech students to find a job they are passionate about and to pursue part-time employment while they are in college.

“You learn so much from being around people from different backgrounds,” he said. “The more you learn from the people around you, the more successful you are going to be.”

Heidtke says he has seen the devastating effects a lack of financial planning can have on a person, which is why he enjoys helping people learn to be financially prepared.

“I hope to be 100 years old and still working because I love what I do.”