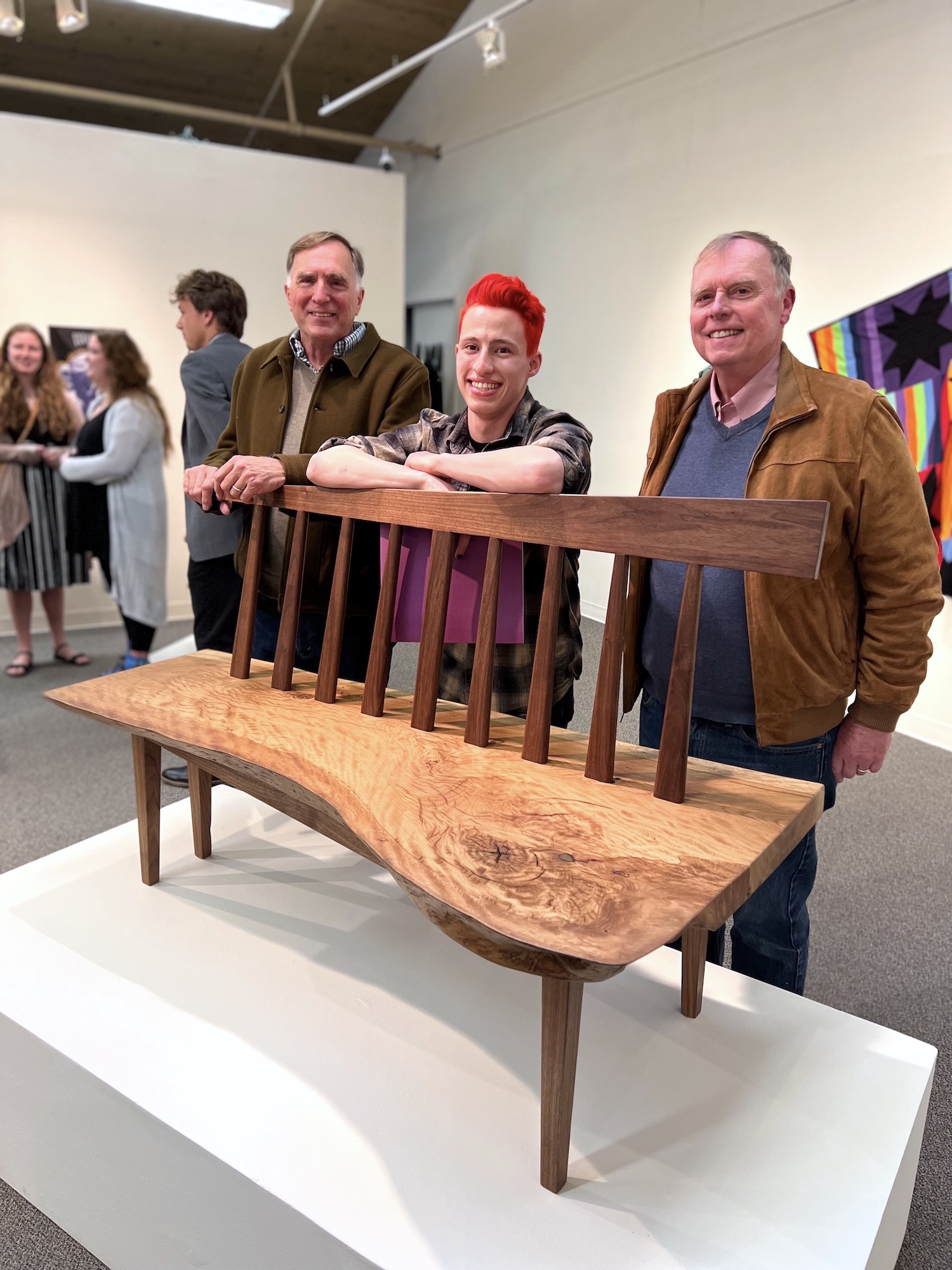 “The Appalachian Center for Craft is a perfect fit to Woodsmoor’s mission to provide an open and moving experience in craft and art through the creation of new works,” said Westfield. “The Woodsmoor Annual Student Exhibition Awards will encourage students to remain dedicated to their craft.”

Grant Stewart, a sophomore fine arts-wood major, received the Woodsmoor Excellence in Craft Award, which recognizes an artist who excels in craft, exhibits a strong understanding of traditional crafts and materials and executes creations with a high level of skill.

“As someone who has always struggled with attaching a value to my own work and wondering if the world even wants to see my work, the Woodsmoor Excellence in Craft Award has made me realize that my work is indeed loved and appreciated by others,” said Stewart. “It is truly an honor to be recognized and have my work live a life outside of its creator.”

“The new Woodsmoor-funded awards mean a lot to me,” said Shinn. “This gives me the ability to purchase new studio equipment and fund my art practice for the rest of this year.”

Westfield and Magnuson created Woodsmoor as a retreat for artists. Woodsmoor, a 25-acre facility near Cumberland Furnace, Tennessee, is made up of the Woodland House artist retreat; the Cabin that functions as a writer’s retreat; the Barn that houses a pottery studio, weaving studio, woodshop and small gallery; and the Stables, which is the residence. The intent of Woodsmoor is to encourage the creation of furniture, functional items, decorative elements and fine art grounded in pure design and natural order that, when integrated into a living space, present a cohesive statement.

Westfield was a student at Tech from 1967-70. He began as physics major and set up physics labs for professors Frederick Culp and Marvin Tidwell. He later changed his major to English and became involved with the Tech Players. Eventually, he transferred to the University of Tennessee where he graduated with a degree in theatre. After a series of teaching and theatre production jobs, including managing the prop shop for the Juilliard School of Drama, Westfield returned to Nashville and worked alongside Magnuson, creating large scale corporate events.

Westfield and Magnuson have watched the development of the Appalachian Center for Craft – first as a facility under the Tennessee Arts Commission and now a major center for craft within Tennessee Tech. Westfield and Magnuson’s dedication to the arts, in particular fine craft, inspired them to support Tech’s annual student awards program. By establishing an endowment to fund awards, they hope to help the Appalachian Center for Craft remain a major learning center and home for craft in Tennessee.

“Woodsmoor and the School of Art, Craft & Design have shared values related to the importance of high-quality arts and crafts education in higher education, which results in thoughtfully-designed and well-made works of art and craft that our students create,” said Winkle. “We’re grateful to Woodsmoor for believing in our program and in our students.”

Tech’s student exhibition is on display in the Dogwood Gallery at the Appalachian Center for Craft through August. Visit tntech.edu/craftcenter to learn more.