Leonard and Gladys Crawford leave a legacy for future alumni 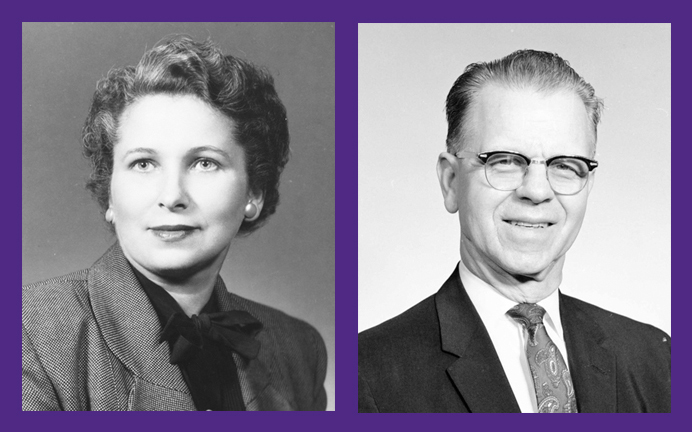 You may know that the Crawford Alumni Center is named for Leonard and Gladys Crawford. But what you may not know is the enormous impact they had on students. Leonard directed Tech's alumni and job placement offices, student recruiting, and field services, and Gladys ran the cafeteria as head dietitian. In last month's edition of The Alumnus, we shared the story of Leonard Crawford and his years of dedication in moving those buried in the Burntstand Cemetery, once located on Tech's campus, to other cemeteries in the area.

Alumnus Harry Nickens (`66 secondary education) recently shared how Leonard and Gladys changed his life and ultimately led him to pursue a doctorate in student personnel administration in higher education and a career in college administration.

"My initial quarter at Tennessee Tech was fall 1962," said Nickens. "I commuted from my hometown of Monterey, some 17 miles east of Cookeville. Chores and responsibilities at home did not permit adequate time for academics. To address this, the decision was made to reside in Cookeville beginning with the winter quarter. To do this, it was necessary to secure part-time employment for offsetting living expenses. Enter the Crawford's into my life, encounters that forever impacted my life journey."

In a full agenda, the Tennessee Tech Board of Trustees approved a 2.36% tuition and fees increase, two new tenure policies, a proposed budget for 2019-2020, and the announcement of the new student and faculty trustees. 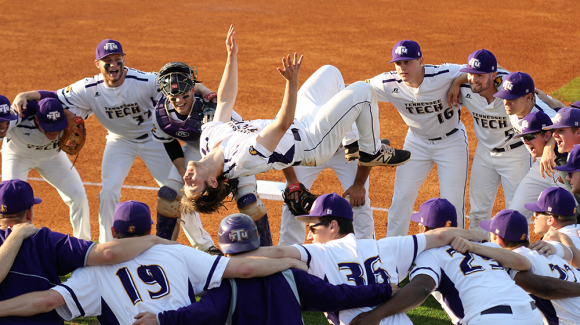 The Tennessee Tech baseball team had its historic, record-breaking 2018 campaign recognized by the Tennessee Sports Hall of Fame this month. The organization named the Golden Eagles the 2018 Amateur Team of the Year at its annual induction banquet fundraiser in Nashville. 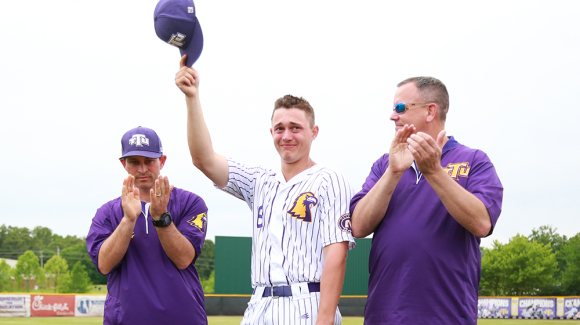 This month, Golden Eagle baseball player Kevin Strohschein became the first player in program history to earn All-American honors in three separate seasons. He's only the second player ever to be honored as the Ohio Valley Conference Player of the Year three times, and he is the first consensus All-American in program history. Kevin holds six of the seven OVC records: at bats, doubles, hits, home runs, RBI, and total bases.

Mike Lehman with TTU Sports Information writes, "How does one tell the story of one of the best baseball players in the history of the Ohio Valley Conference? A story about a career highly decorated and full of legendary moments that will live on as part of the best highlights of Tennessee Tech athletics history? A story that is still only the beginning? You let the young man, hailing from just a stone's throw south of Atlanta, tell you the story himself."

Celebrate the 4th of July in Cookeville 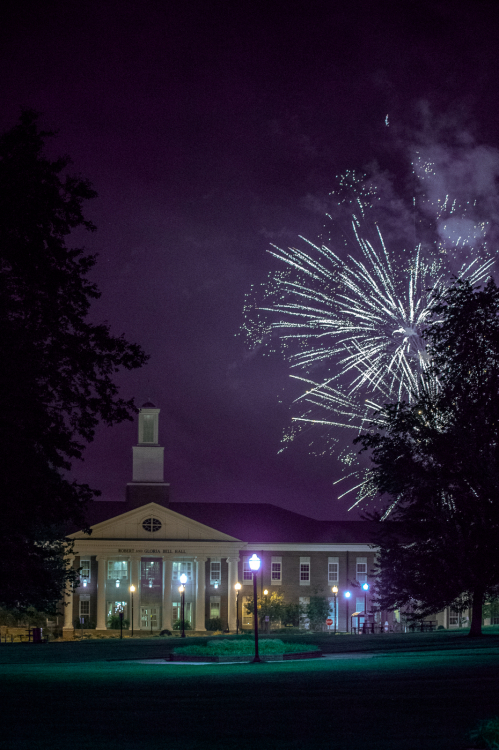 If you haven't been back to Cookeville in a while, the 4th of July is a great time to visit. Cookeville is preparing for its annual Red, White & BOOM July 4th Celebration which begins the morning of June 29th and continues through July 8th. From a 1,000-foot waterslide through the middle of downtown; to parades, concerts, and the Upper Cumberland's biggest collection of bounce houses; to the 2nd largest fireworks show in Tennessee, there is something for everyone at this FREE event. 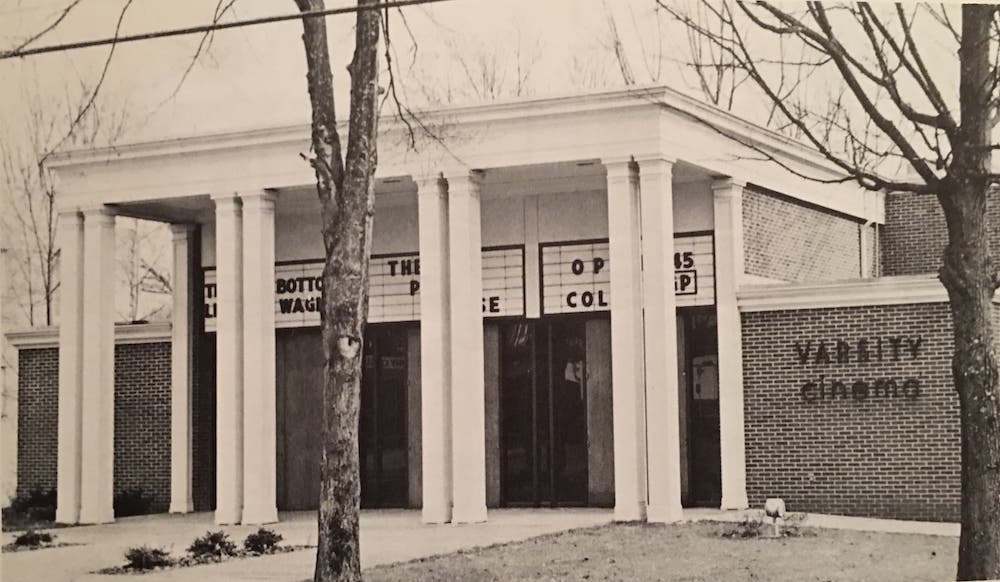 Did you know that the Crawford Alumni Center is located in what used to be the Varsity Cinema? In 1969, the Varsity Cinema opened in Cookeville as a single screen theater. In 1980, it reopened as a twin screen cinema.

We want to know your Varsity Cinema stories! What movies did you see here? Did you go on a first date here? What Varsity memorabilia did you "borrow" back in the day? Please email us any Varsity Cinema stories and photos you wish to share. We look forward to learning more about the history of our building! 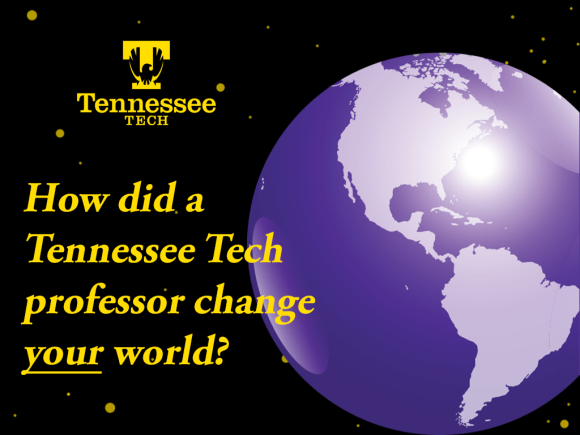 Chapa shared, "Professor James Edward Spilman was an American Hero and a very wise man who often quoted the Latin phrase 'post hoc ergo propter hoc' which means, literally, 'after this therefore because of this.' The post hoc fallacy is committed when it is assumed that because one thing occurred after another, it must have occurred as a result of it. Mere temporal succession, however, does not entail casual succession. Just because one thing follows another does not mean that it was caused by it. Professor Spilman taught us how to think and to question. An economist must consider all factors of an equation before making an economic forecast. He helped to shape how I think and view the world."

If you haven't yet shared your own story about which professor changed your world, we hope you'll email us! We will continue to share these stories in future editions of The Alumnus.

Watergate the Cockroach: The story and celebration of Tech's unlikely champion

On October 18, 1986, a Tennessee Tech champion was crowned at Palm Beach Atlantic College (PBAU). The athlete had given his all, darting past all of his opponents and running towards the finish line. The underdog competitor from Tennessee Tech triumphed over his Floridian competitors. Unfortunately, he did not have much time to celebrate his victory or receive honors at Tech; just seconds after crossing the finish line, a lizard devoured the athlete. The competitor was not a typical track athlete…the competitor was a cockroach.

Last month's edition of The Alumnus featured an interview with University Archivist Megan Atkinson where she touched on the story of Watergate. Click the link below to read the full story.

Megan is responsible for collecting, preserving, and making accessible materials of historical significance to the University and the Upper Cumberland. Follow Archives and Special Collections on Facebook, email her office with any questions you may have, and watch for more "Archives with Atkinson" features in future editions of The Alumnus! If you didn't get a chance to watch our interview with Megan, we hope you'll check it out via the link below.

We encourage alumni to stay connected not only with Tennessee Tech, but with fellow alumni as well. In order to continue to share with you the exciting events and activities we offer, please consider taking a few minutes to update your alumni profile.

Are you considering a career change? Are you thinking of going back to school? Before you decide, check out this month's Career Corner where Center for Career Development Director Russ Coughenour gives advice on important questions to ask yourself about your desired career change.

Dustin Buttram, a boating officer for the Tennessee Wildlife Resources Agency, has been named the Tennessee Boating Educator of the Year. Dustin is a 2009 wildlife and fisheries science graduate.

Barge Design Solutions named Adrian Ward as one of their four newest Vice Presidents at the firm's most recent Annual Stakeholders Meeting. Adrian is a 2001 civil engineering graduate.

Robert Anderson has been selected as the U.S. Fish and Wildlife Service's 2018 Recovery Champion for the Northeast Region for his efforts in Pennsylvania to recover endangered and threatened animals and plants. Roger graduated from Tech in 1989 with a Master of Science in Biology.

Email us your promotions, awards, and other achievements, and we'll share in The Alumnus and on Golden Eagle Network! 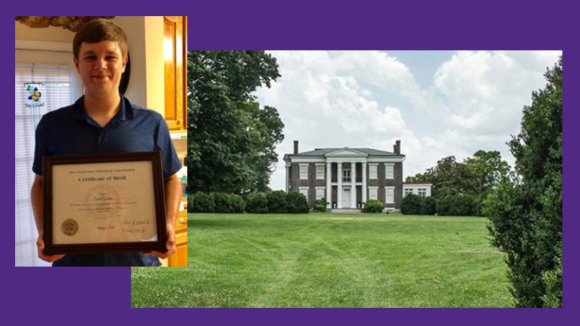 Civil engineering student Tyler Green recently received the Tennessee Historical Commission's Certificate of Merit after he curated an exhibit marking the 100th anniversary of World War I. Green serves as a tour guide for the Rippavilla mansion and battlefield located in Spring Hill, Tennessee.