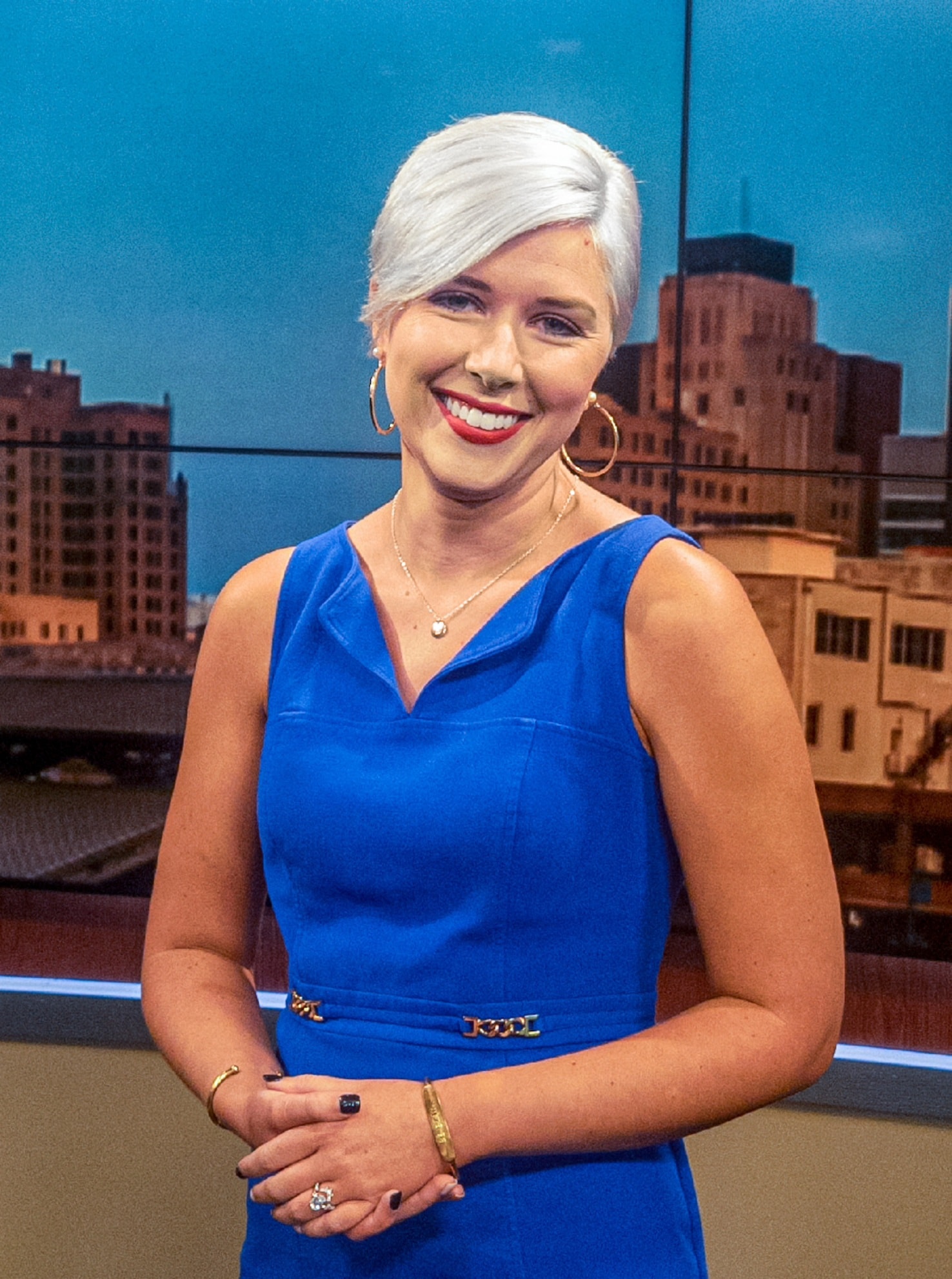 “The most rewarding aspect is being able to say that you helped someone tell their story,” she said. “That is the best feeling in the world. Whether it’s a kid who started his own lemonade stand to fundraise for his classroom or a new business bringing something to the area that’s never been done before, you see people who are passionate about what they are doing. There are so many negative things in the world, but I think it’s better to shine a light on incredible people.”

Duncan didn’t set out to become a news anchor. She worked for Zimmer Broadcasting in Cookeville for two years during college and says it’s where she was first introduced to the magic of radio.

Duncan and her husband, Josh, moved to Louisiana in 2014 when Josh was stationed at Barksdale Air Force Base, and Duncan landed a job with The River 95.7 in Shreveport. She worked at The River for nine years, including a few years as director where she was responsible for the station’s identity, programming and playlist.

Although Duncan had never worked in television, one day she received a call asking if she’d be interested in hosting a lifestyle show.

“I didn’t want to leave radio,” Duncan said. “I remember thinking, ‘I have no tv experience. I’ve never done anything with tv. I love what I do now.’ But you reach a moment in your career when you know it’s time for a change.”

Duncan had hosted the lifestyle show Loving Living Local for a year and a half when she learned that the morning anchor position at KSLA was open.

“I went in for the interview and here we are,” she said. “It just goes to show that you never know what can happen.”

While Duncan says she never intended to pursue a career in television, one of her communication classes at Tech might have hinted at something different.

“My sophomore year, Karen Lykins decided to teach a broadcasting class,” Duncan said. “She took us to the television studio in the basement of the library and showed us what it would be like to produce a newscast. It was a really cool class – really intriguing – but I thought, ‘I’m never going to do anything with tv. I’m never going to use this skill.’ It was foreshadowing.”

In addition to Lykins’ broadcast class, Duncan says newswriting and public speaking classes with Tech professors Russ Witcher, Brenda Wilson and Graham Cash prepared her for a career in media.

“I remember taking intro to mass communications with Dr. Witcher and falling in love with the class,” Duncan said. “It’s been ten years and I still have my notebook. I learned so much about the creation of radio and tv and broadcast and how it’s changed over time. Dr. Witcher was one of the most amazing professors, and he could make you learn something in such an engaging way that you didn’t become overwhelmed with information. The professors in the communication department instilled in me a love of what journalism really is.”

Duncan’s communication major focused on print journalism, but while it may seem like she’s not using her degree directly in her new role, she says the opposite is true.

Duncan encourages students to take as many writing and public speaking classes as they can.

“You will be pleasantly surprised at how often you use those classes in your career,” she said. “Don’t be afraid to challenge yourself. Try something new. Take a risk. Stretch your brain. If it’s hard, it’s good – it means you’re learning and you’re bettering yourself along the way.”

return to tech took us there main page