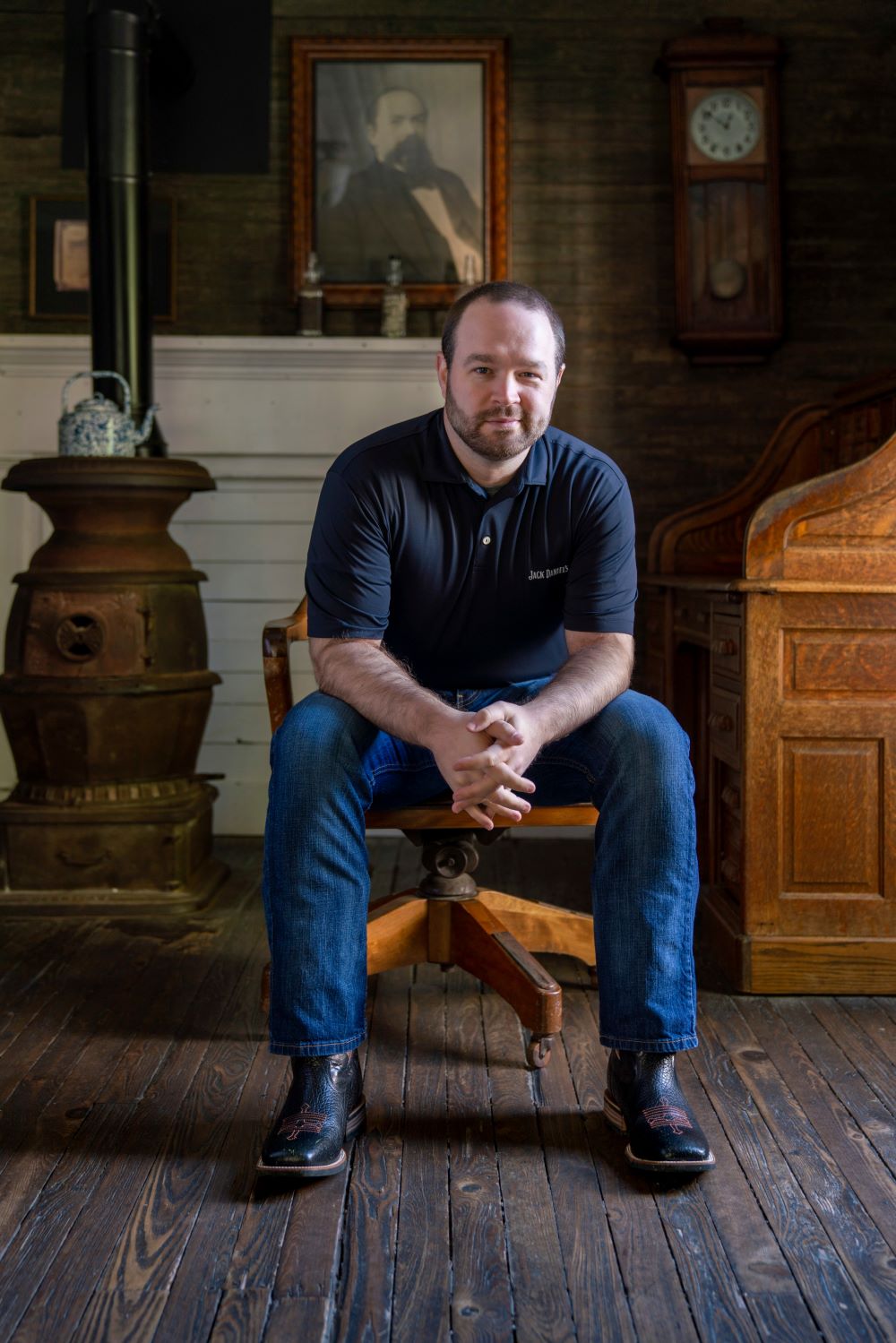 For Chris Fletcher, ’03 chemistry, the journey to becoming master distiller of Jack Daniel’s began in Lynchburg, Tennessee, Fletcher’s hometown and the home of Jack Daniel Distillery. Fletcher grew up hearing the name Jack Daniel. His maternal grandfather was the company’s fifth master distiller, retiring in 1989 when Fletcher was eight years old.

Fletcher’s family has a long history with Tennessee Tech as well. His parents, paternal grandfather, sister and brother-in-law all went to Tech, so when it came time to choose a university, Tech was already on his mind.

“I enrolled in chemistry at Tech because I felt like with science, you really learn unique and new things every day,” said Fletcher. “Chemistry is what I wanted to study, and that led me down the path of distilling.”

In 2001, after completing his sophomore year at Tech, Fletcher returned to Lynchburg for the summer and got a part-time job as a tour guide at Jack Daniel Distillery.

“That was truly a lightbulb moment for me,” he said. “Here I am studying chemistry, and once I started working at the distillery that summer, that’s where I started to realize how much science was involved in this process.”

Working as a tour guide required Fletcher to learn as much about the distilling process as possible so he could communicate it to visitors.

“I had to be good,” he said. “People on tours were going to test me because I was young.”

After graduating from Tech in 2003, Fletcher accepted a position with Jack Daniel’s parent company Brown-Forman in Louisville, Kentucky, where he worked in the research and development lab as a chemist.

“It was very traditional chemistry work – organic separations and chromatography techniques, which I had certainly learned about in school,” he said. “During that time, I also learned how to taste and smell whiskey. We talk a lot about the sensory sciences. You have to taste and smell the product. The science part can only do so much.”

In 2014, Fletcher received a call from Jack Daniel’s. They were looking for an assistant master distiller.

“I had the opportunity to come home,” said Fletcher.

Fletcher also works with the Tennessee Distillers Guild and has traveled to more than 30 different countries to speak about Tennessee whiskey and how the product is made.

“Distilling is a combination of science and some things we can’t control – it’s an art in a way,” said Fletcher. “When you think about distilling, it’s really an engineering feat. It’s separation science done on a larger scale.”

Fletcher says that the way distilling has expanded in Tennessee is exciting.

While Fletcher credits Arnett and on-the-job training with achieving the title of master distiller, he also recognizes that his chemistry education at Tech helped instill in him the fundamental basics needed for distilling.

“My education from Tech certainly put me on a level at or above others,” said Fletcher. “I felt like I had the baseline knowledge of chemistry that I needed. When you get that first job out of school you have those hesitancies: Am I going to do a good job? Do I really know the things I need to know? I came into distilling through my education and through my technical background.”

“My freshman level chemistry professors also laid a great baseline,” Fletcher added. “If you understand those basic principles, that can take you a long way. It really can. It builds. Once I realized, that, that’s pretty powerful. My Tech education gave me the knowledge I needed to start down this path.”