Are there ghosts on the Tennessee Tech University campus? 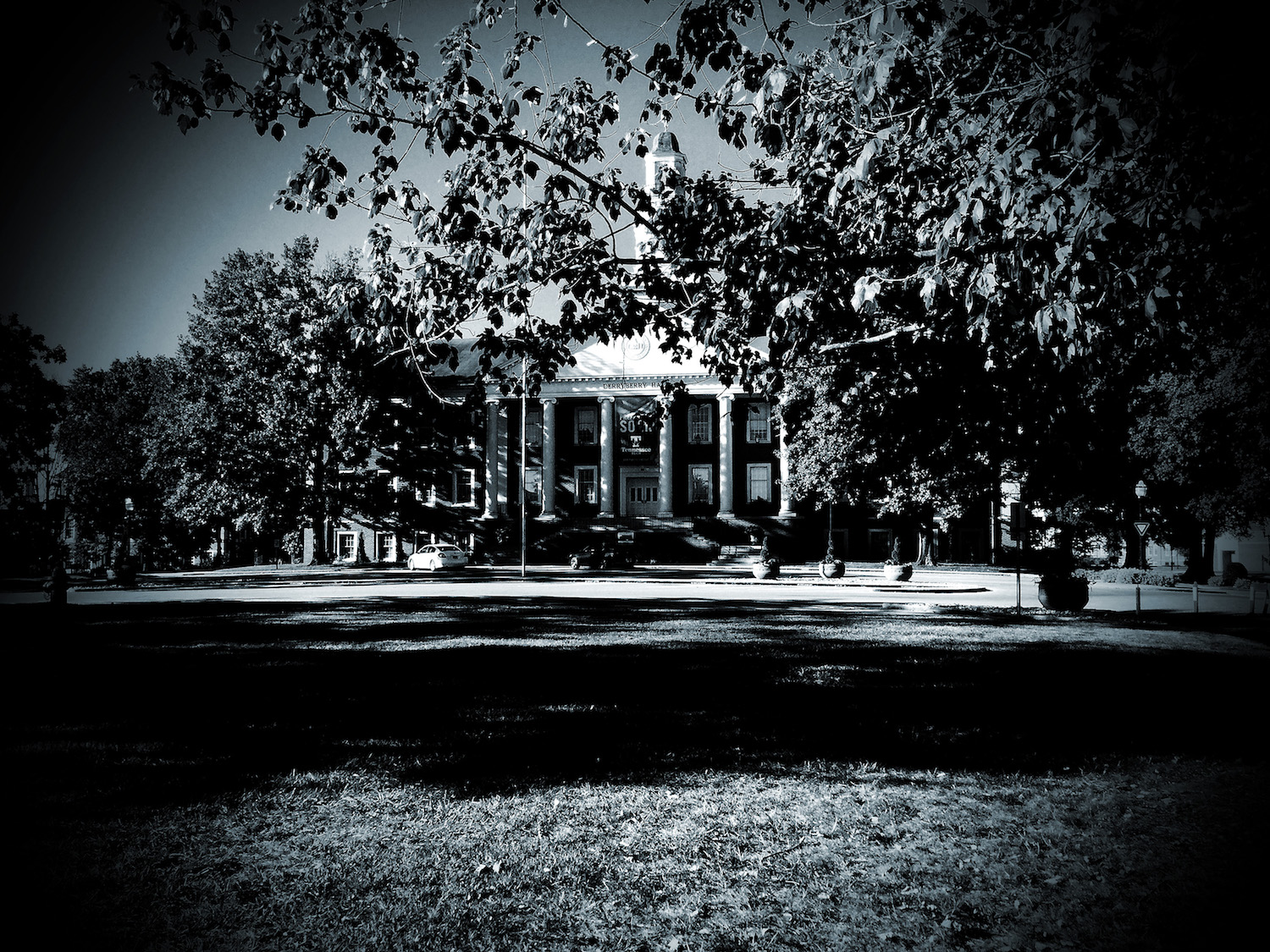 What do a coroner on campus, a ghost in the Phi Delta Theta house, the Bell Witch, an initiation ritual involving witches and pentagrams, and a child's laughter in a movie theater have in common? All are Tennessee Tech ghost stories! Click the link below to read some of our favorite ghostly tales. And find out who Tech's most famous ghost is!

Tennessee Tech's 89th Homecoming is less than two weeks away!  This year's theme is "A Jukebox Homecoming." The Crawford Alumni Center will host an open house and parade-watching party at the Varsity Building--formerly known as the Alumni Building (705 N Dixie Ave)--beginning at 9 a.m. The parade starts at 10 a.m., and the football game versus Jacksonville kicks off at 1:30 p.m. at Tucker Stadium.

Professor R. Winston Morris's Tuba Collection, the largest tuba collection in the world, will be open Homecoming Day from 5-7 p.m. in the Roaden University Center, Room 342.

A full list of events happening around campus during Homecoming weekend is available via the link below. We hope to see you on campus!

A letter from Alumni Association Board Chair Randy Wilmore It is my privilege to serve as the chair of the Tennessee Tech Alumni Association. As a proud 1982 graduate of TTU, I have been involved with the association in various roles since the late eighties. Although many of us have long since graduated, we are still passionate about finding ways to better represent our alums and being a catalyst for Tech Pride. Here are just a few suggestions:

First, I encourage you to come out and cheer on our Golden Eagles at Homecoming on Saturday, November 9, 2019 as we take on Jacksonville State. There is no better way to show support than having our stands filled with “Tech family” cheering our team on to victory.

Next, make plans to attend our “Evening of Excellence” event on Friday, April 3, 2020. During this ceremony, we will be presenting several alumni association awards. Criteria for each the awards can be found here, and nominations are open through November 15, 2019.

Finally, I challenge you to find a simple way to regularly show your Tech pride. My personal example began in 2003 when my family and I moved to Columbia, TN where I reconnected with a good friend and previous alumni board member, Bob Morgan (class of 1973). To show his Tech pride, Bob wears purple every Friday and told me that if I was a “real” Tech guy, I would do the same. Since then and without fail, I have proudly participated in “Purple Friday” and have obtained a large collection of purple clothing and accessories in the process!

So whether it’s attending an event on campus or just wearing your purple, I am grateful for your Tech Pride and continued support of TTU. Or as we simply say here,

read more about the alumni association 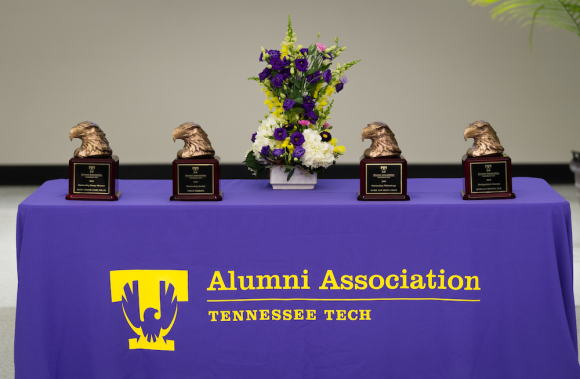 The Alumni Association annually presents awards to individuals who have demonstrated professional success or recognition among the faculty, staff, students, and alumni of Tennessee Tech. The Association recognizes outstanding individuals in the following categories: 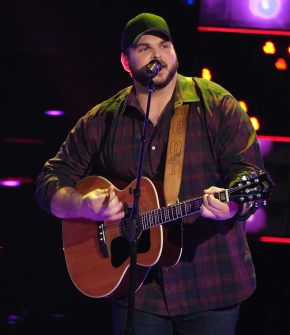 Following in the famous footsteps of Tennessee Tech alumni Dottie West and Rodney Atkins, Jake Hoot is looking to make his mark in the music industry.

A 2013 Tech graduate in interdisciplinary studies, Hoot took a big first step toward stardom by landing a spot on The Voice, a singing competition television series broadcast on NBC. This month, the 30-year-old Hoot was part of the show's blind auditions and was selected by Kelly Clarkson to be on her team.

read about jake on the football team

Marc Burnett to serve as grand marshal of homecoming parade 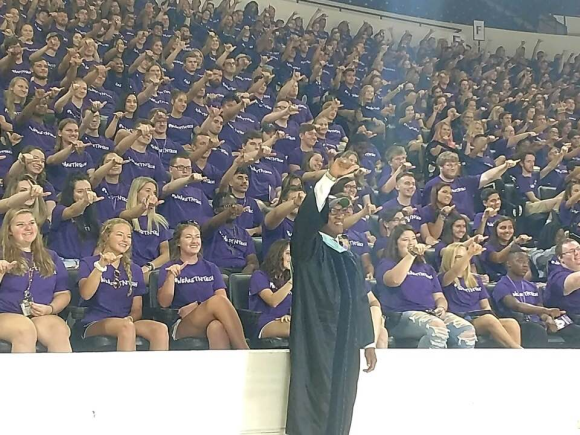 Vice president of Student Affairs and Chief Diversity Officer Marc Burnett has been involved with Tennessee Tech’s homecoming since 1977—first as a student and then as an administrator. He’s had the opportunity to view homecoming festivities, including the parade and game, from many different perspectives and for the last 29 years, has been responsible for the parade’s production. At Tech’s 89th Homecoming on November 9, 2019, Burnett will have the most unique perspective of all. 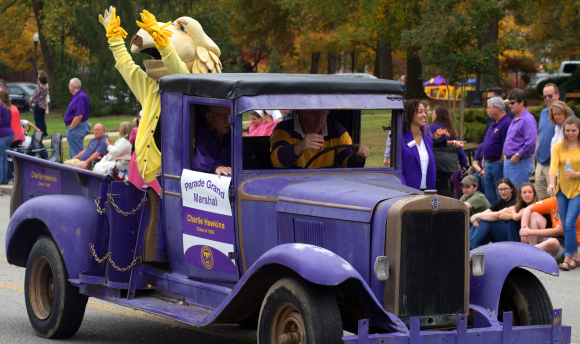 For years, the Tennessee Tech pep truck known as Eagle Bait was used to transport cheerleaders to athletic events and games and can be seen leading the homecoming parade in yearbook photos from the 60s, 70s, and 80s. The truck also drove around Overall Field each time Tech scored. In 1991, the truck stopped appearing at games and campus events and seemed to be lost forever; however, in 2017, Eagle Bait made its grand reappearance at the TTU homecoming parade. At this year's homecoming on November 9, Eagle Bait will be parked on Centennial Plaza so alumni and current students alike can view the truck, take photos, and appreciate this unique part of Tech's history. 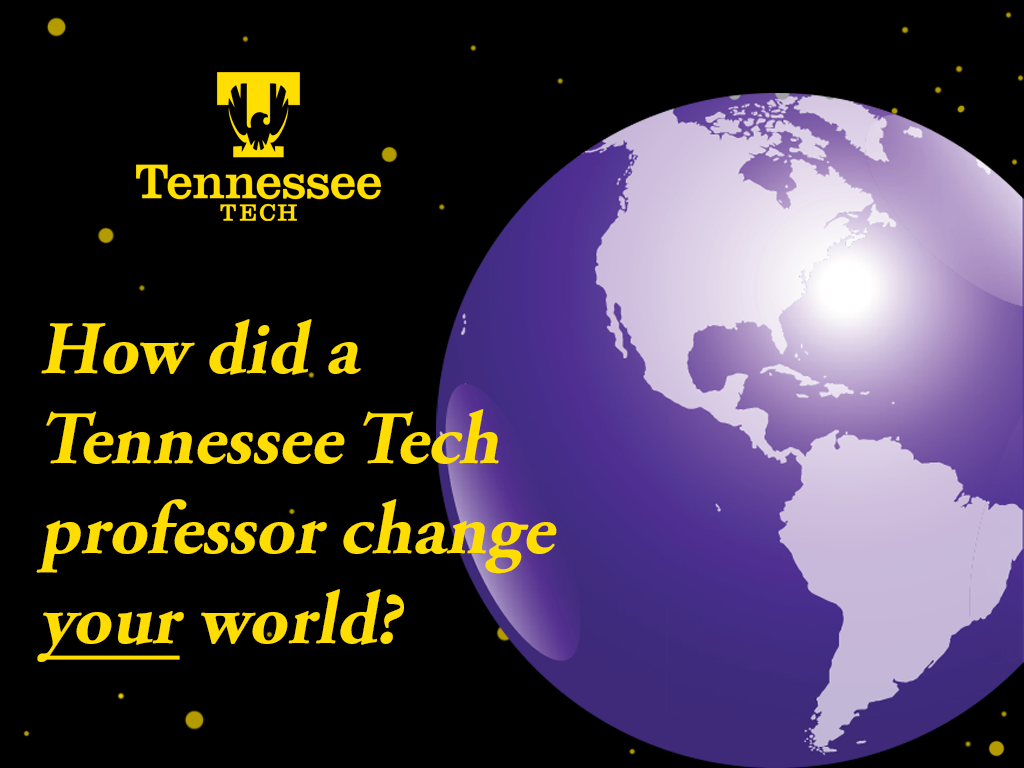 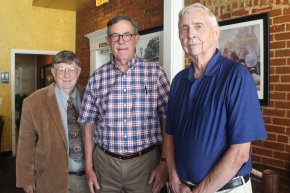 This month, Steve Desirey, '70 chemical engineering, had the opportunity to visit with two professors--David Yarbrough and John McGee--who changed his world.

"Getting to visit your professors from half a century ago would make a good movie. Call it 'Back to the Past.' I have to admit, it seemed like a wild idea in the beginning, but it was a good feeling to thank someone for what they did 50+ years ago.  Those two made a difference in my life, as did many of my professors at Tech.  Of course, my dad was the motivator, but it took the knowledge transfer that the Chemical Engineering Department provided.  It all worked."

What professor changed your world? Email us at alumni@tntech.edu, and you might see your favorite professor story in a future edition of The Alumnus!

On October 17, thousands of students and alumni had the opportunity to attend a performance of Scotty McCreery and Russell Dickerson in the Hooper Eblen Center. Great concerts have long been a Tennessee Tech tradition. University Archives' blog tells the story of 1965 mechanical engineering alumnus and former ASB President Phil Wheeler, his experience booking the Smothers Brothers for an on-campus concert...and what he did when, halfway through the concert, the band disappeared!

We always want to know where our alumni are employed. Employment data helps with accreditation, ranking, program improvement, and even predicting salaries for graduating students. In this month's Career Corner, Center for Career Development Director Russ Cougehnour discusses the enormous impact alumni employment data can have on Tennessee Tech and its students.

Christy Rittenberry Vermillion, '91 technical communication, was recently named Director of Operations at Vanderbilt University. In this new role, Christy will serve as the director for all administrative operations for the Vanderbilt Annual Giving Office and will also serve as the manager for the student-run fundraising calling program, The Commodore Call Center. She has worked at the university for 11 years. 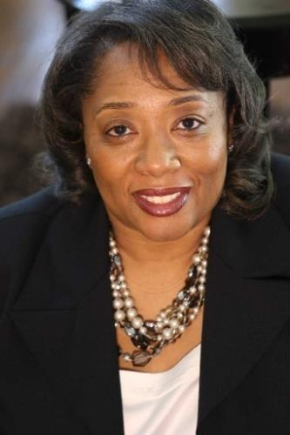 Ingra Conley, '91 marketing, often said that the Leona Lusk Officer Black Cultural Center (BCC) at Tennessee Tech made an impact on her education. Now, Conley will make an even bigger impact on future generations of Tech students.

For 20 years, Conley loyally and consistently supported the BCC with an annual gift. When she passed away in October 2018 at the age of 49, she went one step further by including the BCC in her estate plans. It is the first estate gift and the largest single gift the BCC has received to date.

Ingra's mother recalls that the BCC provided Ingra with the opportunity to collaborate with other African American students and gave her a chance to join cultural student groups as well.

Please take a moment to read Conley's story via the link below and consider submitting a thank you message to members of her family.