Smart Grid
Back to CESR Main 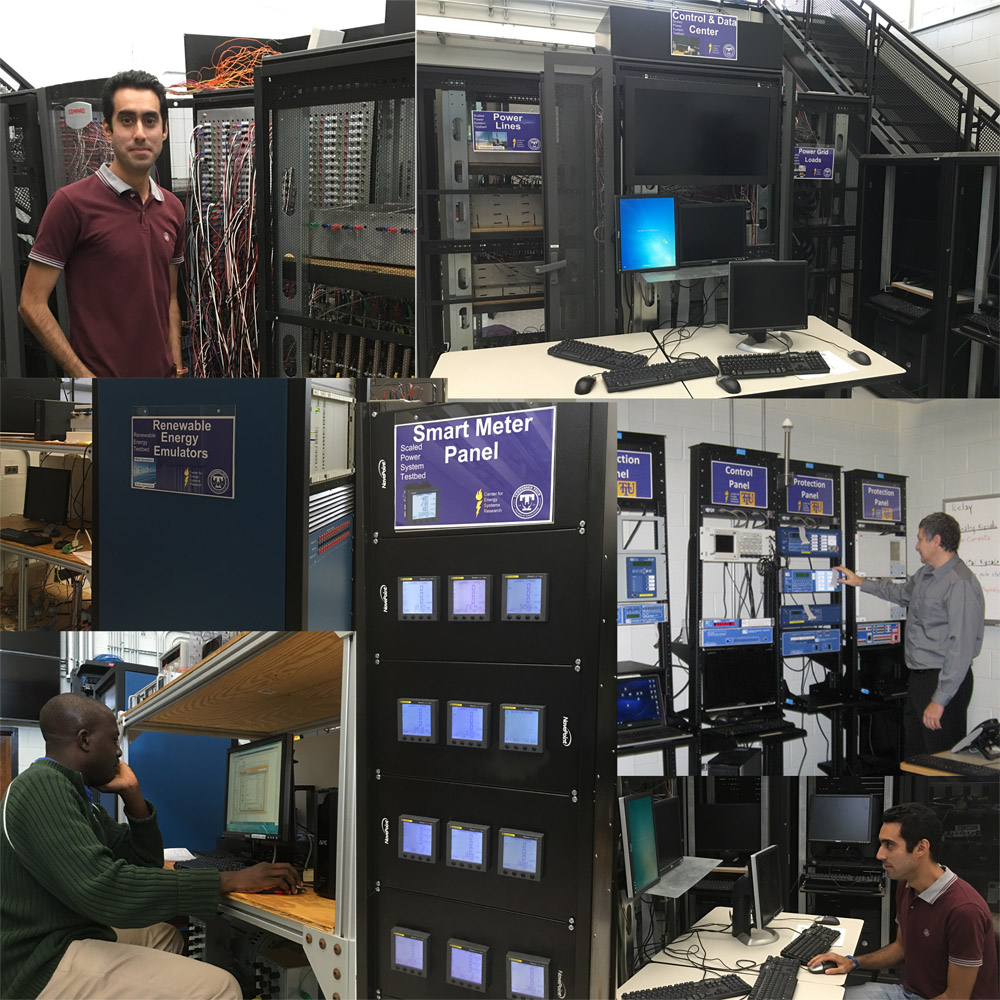 The smart grid laboratory was created at Tennessee Tech in response to a set of Grand Challenges presented to a team of researchers. It recognizes that smart grid research should not be conducted purely as simulation but must utilize real hardware/software combinations to guarantee researchers deal with real-world limitations and that solutions that are developed be realistic, practical, and functional.

Smart Grid means many things to many people but let's say it is an electric power system that employs modern power electronics, advanced instrumentation, secure communication, and information technologies so that it is robust against disturbances with the least likelihood of blackouts and is efficient in energy transfer between sources and loads at the lowest cost to consumers.

Presented here is a brief list of actual equipment, stations, or sub testbeds within the laboratory which could be utilized for a variety of new research projects.

Efficient use of disposable resources in a power system contributes to Smart operation of a grid. Condition based rather than age based use of resources such as distribution transformers requires accurate knowledge of leftover age and inclusion of appropriate sensors. Experiments have been conducted at Tennessee Tech to develop ageing guidelines for the distribution transformers based on IEEE standards. Accelerated ageing tests and optical sensors for furanic compounds (2-FAL) in the insulating oil are being pursued. Loss of life as a result of short term overloads on a distribution transformer in a smart grid could then be evaluated.

The Electrical Substation Testbed has five rack panels with a computer real-time simulator, satellite synchronize clock, communication processor, protective relays, and relay test systems (Figure 2). Smart grid applications are explored by using protection, control, communication and measurement functions of protective relays. Protection, control and communication systems for electrical substations can be evaluated for large power systems by using the computer real-time simulator. Actually, an adaptive overcurrent protection for a microgrid based on programmable logic and math operators has been performed, by validating the selectivity, speed and reliability. In the future, we want to upgrade our Electrical Substation Testbed with a Synchrophasor and SCADA system that will be applied in power system control and monitoring activities for research and education. 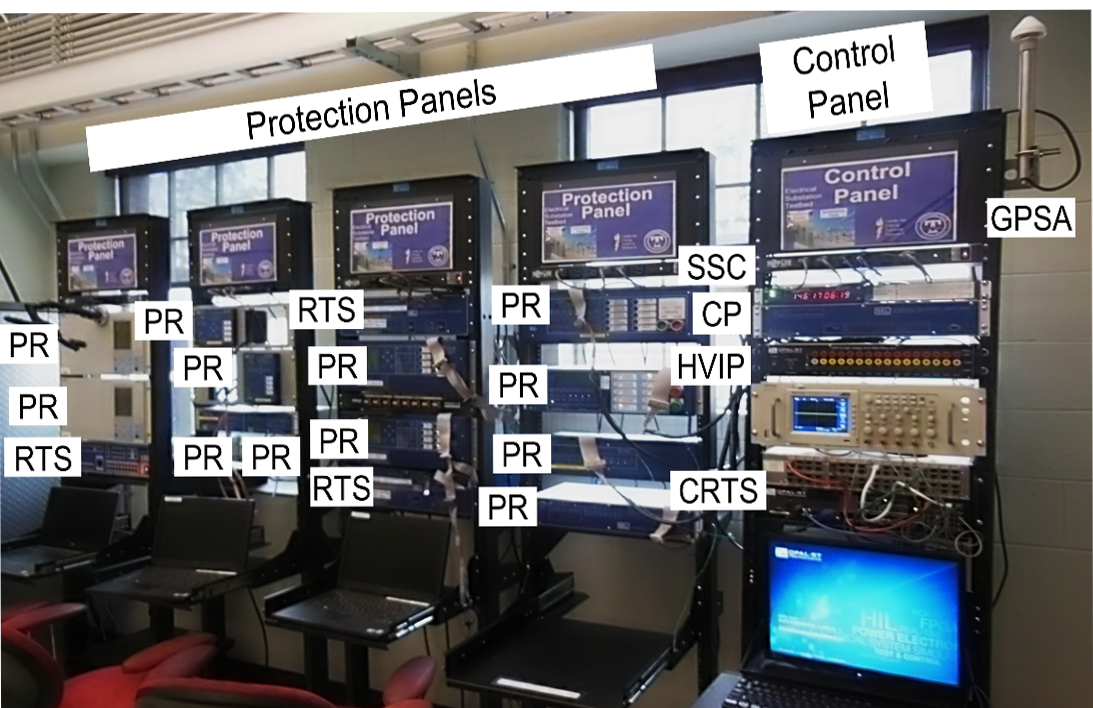 A series of example project will give ideas as to the types of projects that can be conducted in this laboratory. 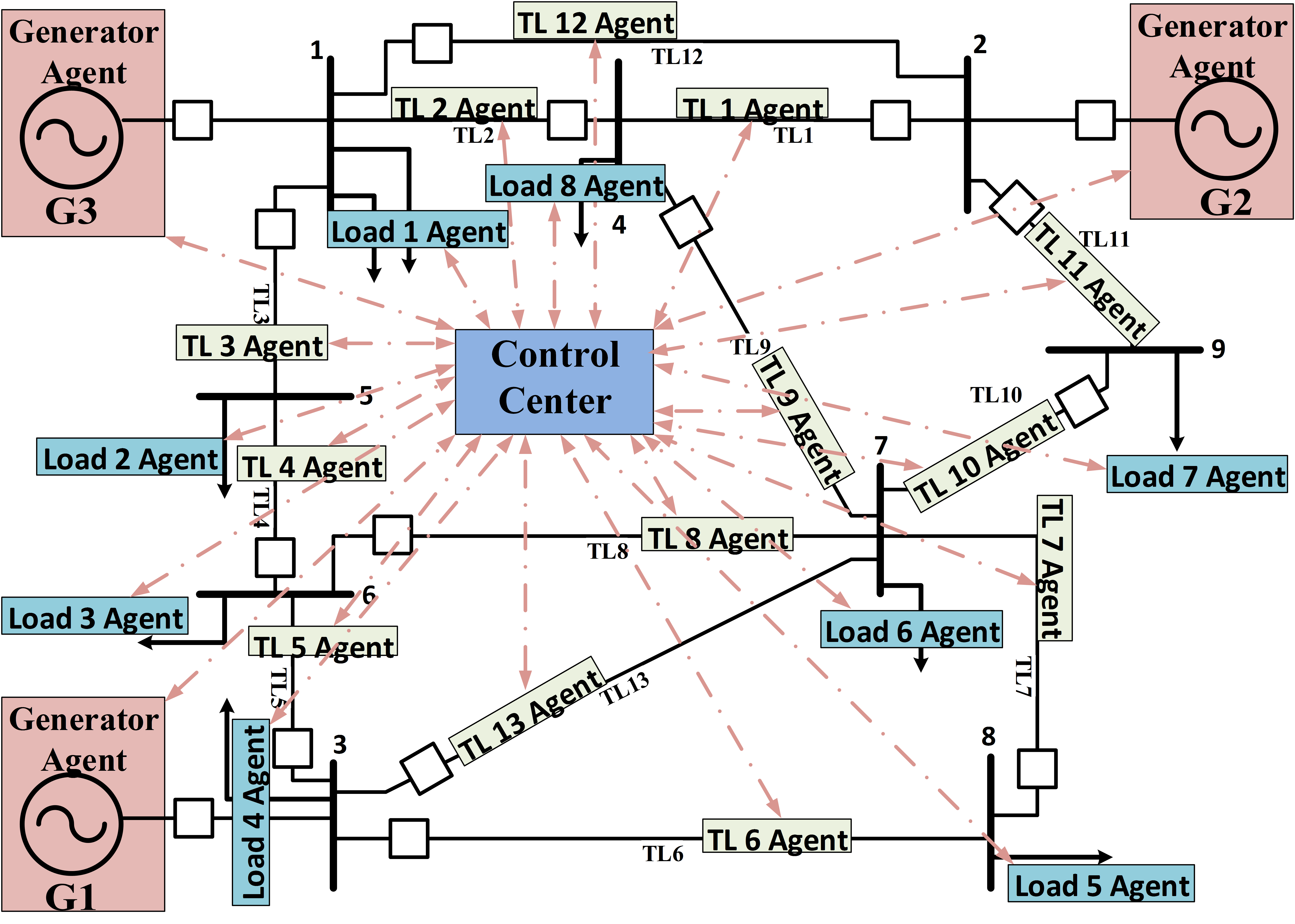 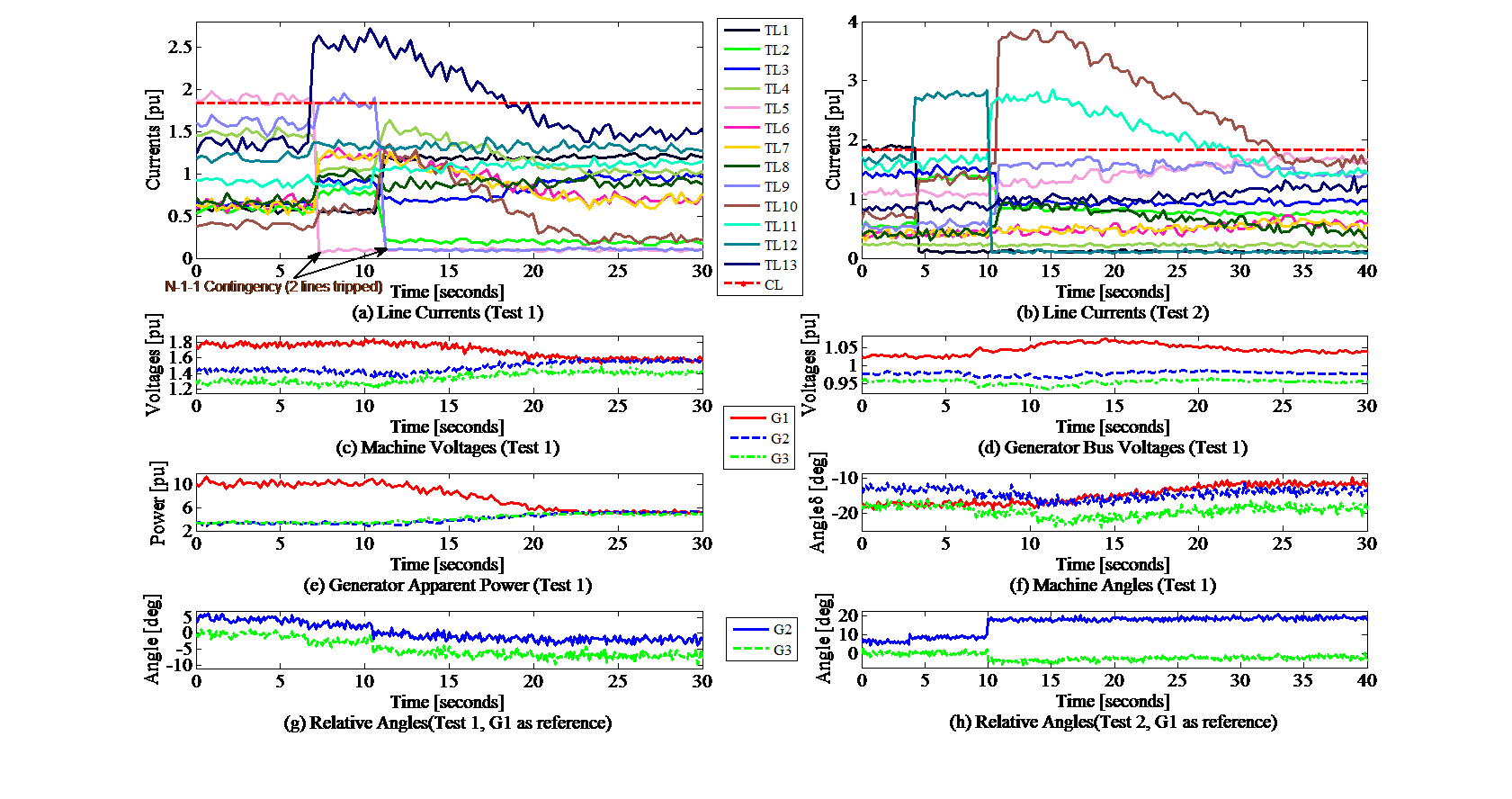 An active area of research in the smart grid laboratory is autonomous inspection of power grid assets for preventative maintenance purposes. The image on the left showing the warmth of a substation transformer under normal operating conditions with no abnormal hot spots. 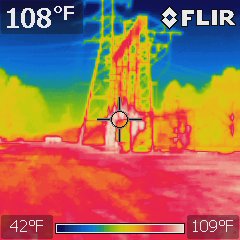 A student tested a strategy for reactive power compensation utilizing wind speed as the trigger for engaging banks of capacitors. In the example the initial wind is zero and once a threshold wind is met the turbine engages. It also has a very high speed wind disengage self-protection mechanism which is evident near the end of the test run where it disengages at very high speed wind and then reengages once the wind drops below the threshold. This capacitor engagement strategy works well in the middle of the test but does nothing for the dynamic engage, disengage portions of operation. Of course an algorithm based on reactive power needs, not wind speed is clearly required. 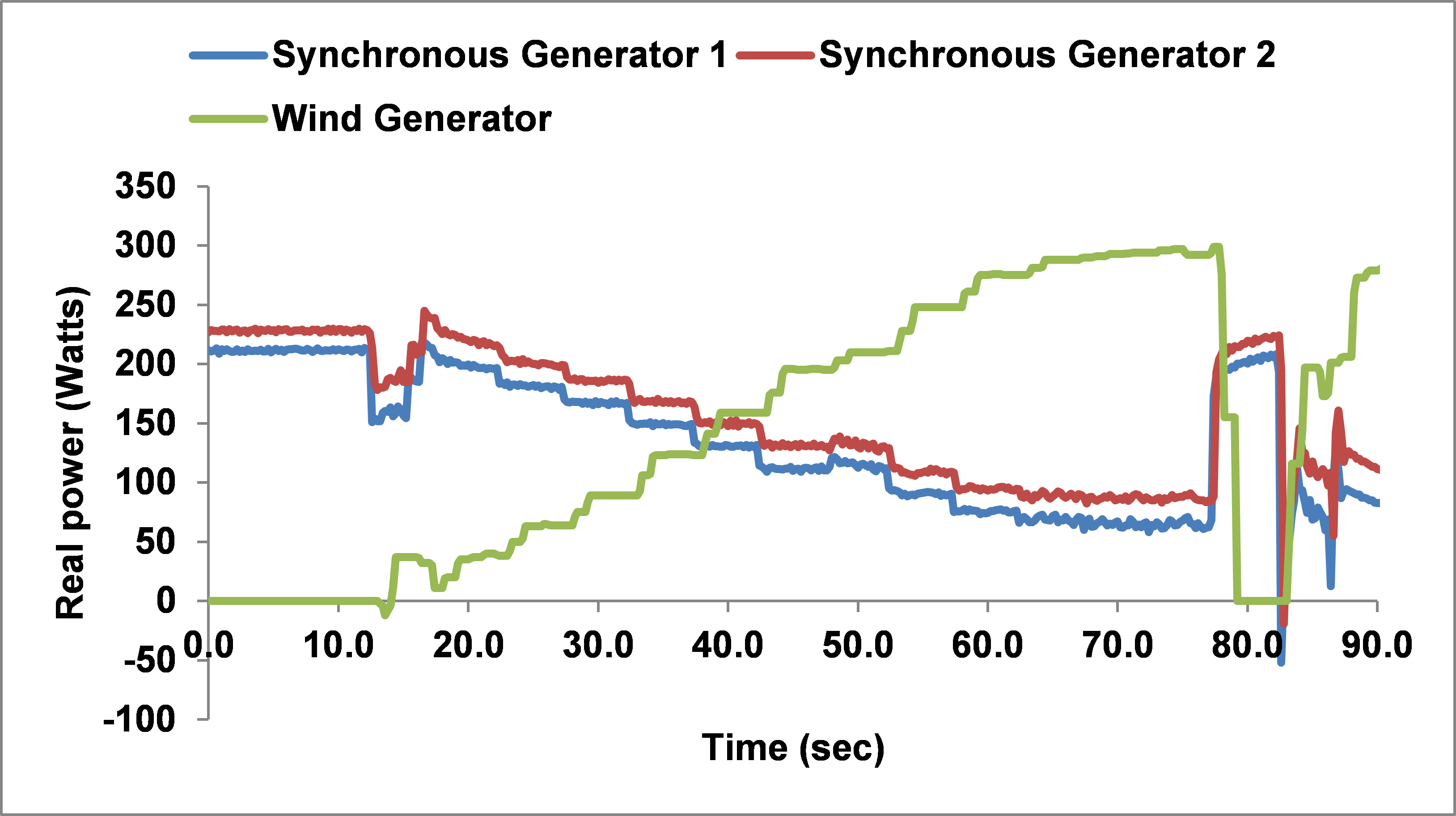 A student using two generators and the wind turbine emulator created a scenario where the load profile was too much for the total generation available and implemented a prioritized list of loads that could be shed. It is interesting to note that the fluctuations all were in the traditional generators and that the wind power was utilized throughout the study.

Note also that the dynamics caused by the load shedding are often greater than the step changes in load giving incentive to find less aggressive solutions to power shortfalls. Perhaps the rolling brown outs in California are implemented with less severe transients. 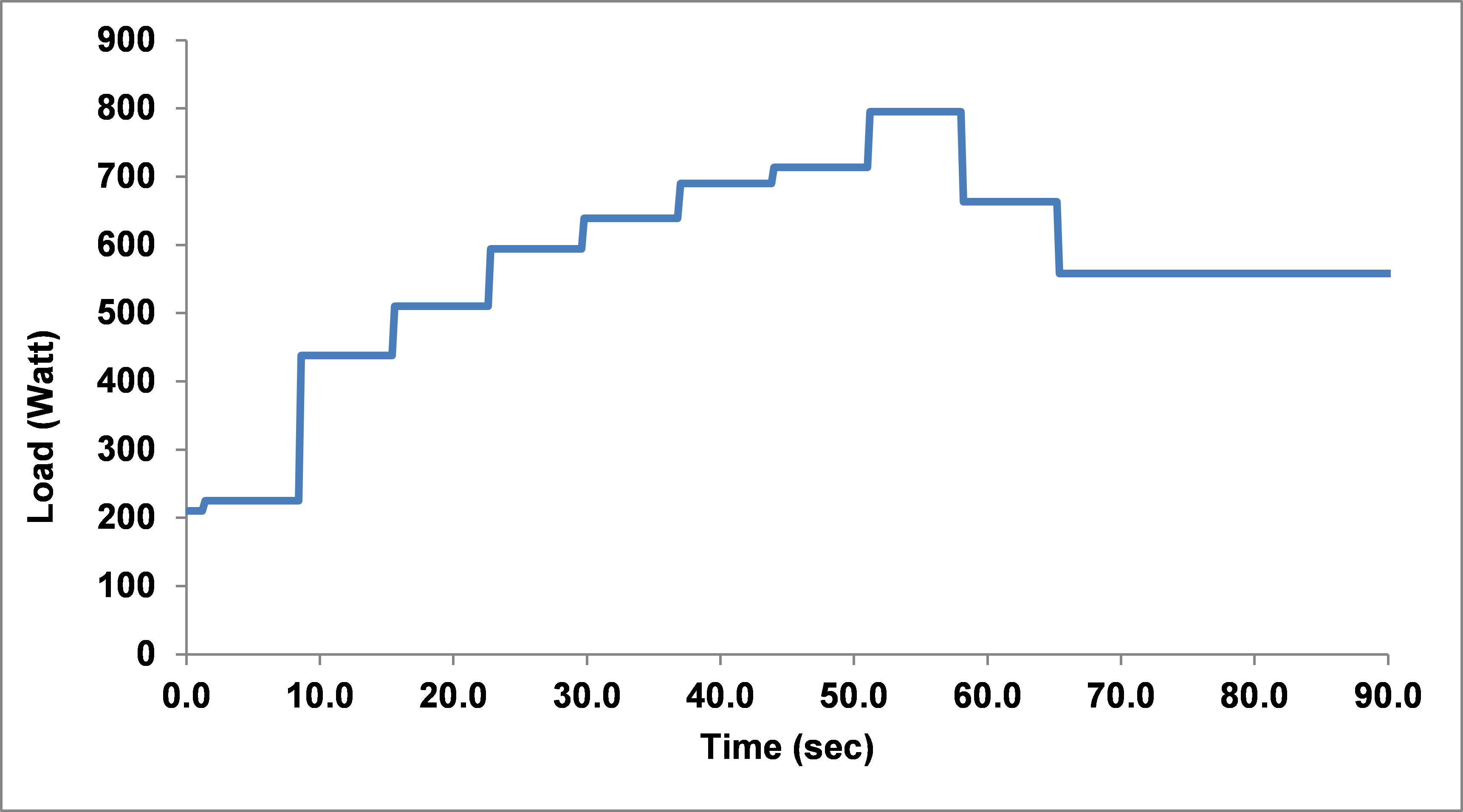 A student developed inverter was tested using the solar panel emulator as a power source. The AC side of the microgrid was subjected to a step change in load so that the stability of the inverter could be assessed. The GUI shows a brief spike in voltage and a step change in current as a load is turned off. 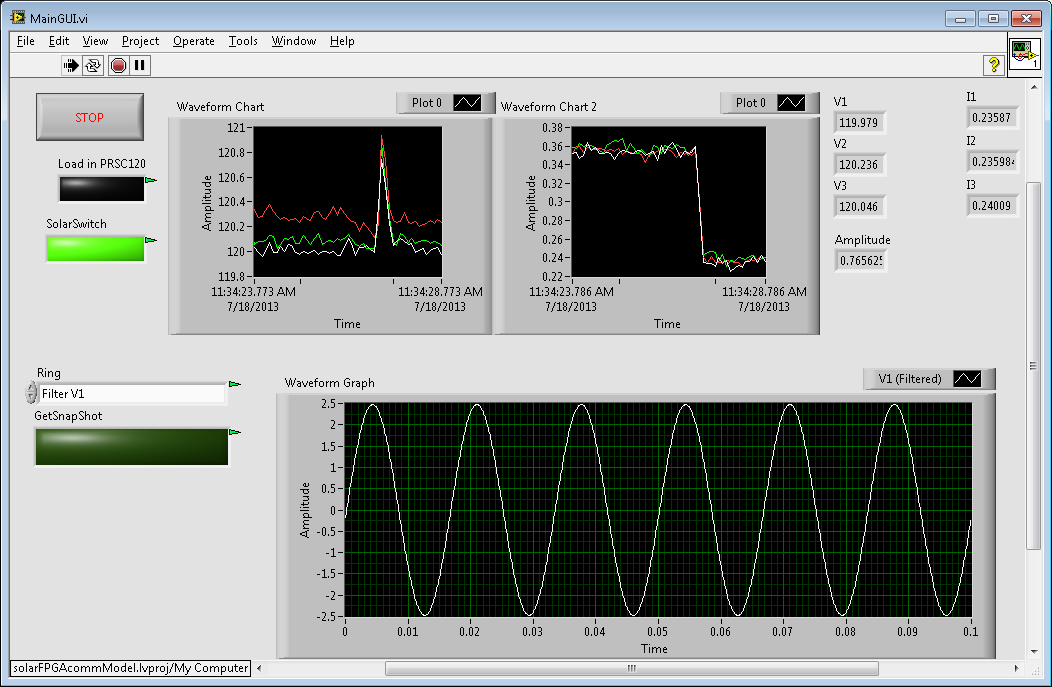 Visiting student scholars from Annamalai University in India wanted to do a small demonstration project using our laboratory. A phone app was mocked up (didn’t have time to actually write the app) whereby if a utility/customer agreement was in place, voluntary load shedding could be implemented by the utility indicating a high demand time and the consumer responding by turning off some of their loads. The smart meter can be used by the app to let the consumer know how much power they turned off and potential rewards for actively participating. 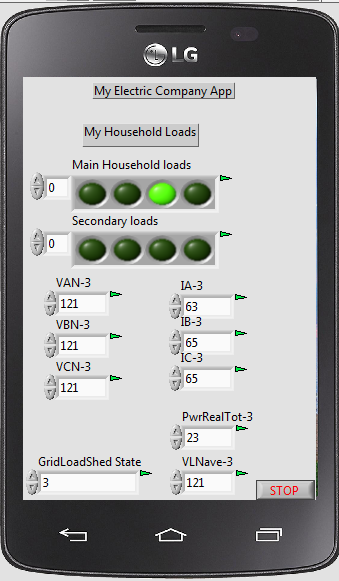