Modern day electric smart grid system has the capability to communicate between the utility and their customers for efficient power management, system integrity and security.  In this research a scale model power grid will be used to demonstrate several flow control scenarios. The scale model power grid for this study consists of a 3-bus system with a Supervisory Control and Data Acquisition (SCADA) developed in LabVIEW. The generators utilize a new smart agent and custom hardware for starting each generator, checking voltages, frequencies and phases as well as phase sequence for both the generators and the power grid and then synchronizing them before connecting to the grid. Various alarm conditions can be programmed in to cause it to island from the grid. Once the grid is fully operational, the operator can implement flow control strategies via phase angle changes at each generator. This research further demonstrates an additional element of flow control through a custom designed and operated Flexible AC Transmission System (FACTS) device known as a SEN transformer. The SEN transformer has been modelled and simulated in MATLAB Simulink. This simulation model will be used in the future for implementation of a real-time model to the Smart Micro Grid.

Smart Grid is an updated version of the electric power grid to give the utility the ability to monitor and control the grid. The start of implementation of the smart grid is the smart agent with  custom hardware to control the generators, acquire data, and checking various conditions before synchronizing the generators to the grid. After the development and implementation of the SCADA system of the Smart Grid, the second part of this research is to study and investigate the phase shifting ability of SEN transformer as a new FACTS controller. The SEN transformer controls the flow of active and reactive power flow. It is based on the proven technology of transformer and load tap changer (LTCs). By varying the taps located on the three windings, the desired injected angle is acquired. Using the lab-scale 3-bus system with multiple checking conditions to operate the smart grid, a Simulink model of SEN transformer is developed.

Fig. 1:  Schematic of the electrical network and the Sen Transformer (ST).

The lab-scale 3 bus system used in this study consists of 2 generators with one generator is behaving like the three-phase power grid with 208V (phase to phase), and the frequency is at 60Hz. The other generator is used to synchronize to the grid. Bus 1.1 and 5.1-5.2 are connected to a load bus 2.1 to observe the active power on the lines during the operation.  The transmission lines are the implementation of resistors, capacitors, and inductors connected in pi-model. These are used to depict the effect of transmission lines in the power systems. Figure 2 shown below is the three-bus system without SEN transformer. 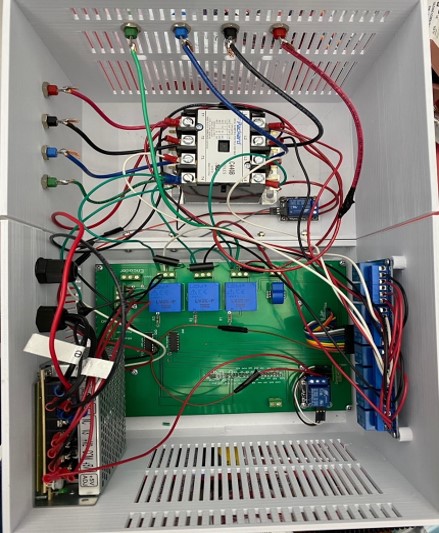 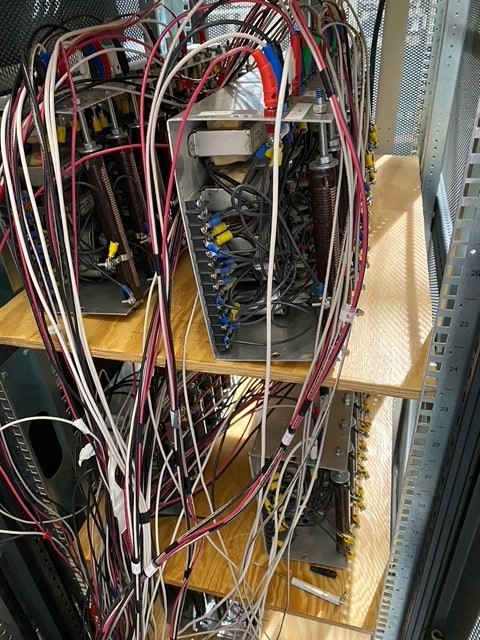 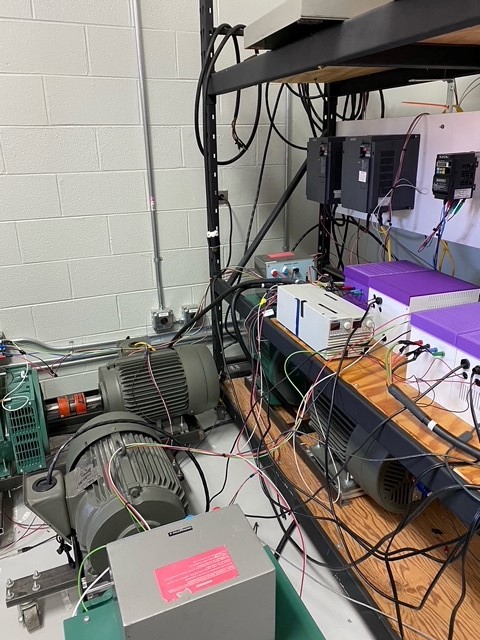 Fig. 5:  The two generators controlled by the Smart Agents.

Fig. 6: MATLAB Simulink model of the SEN transformer in the 3-bus system. 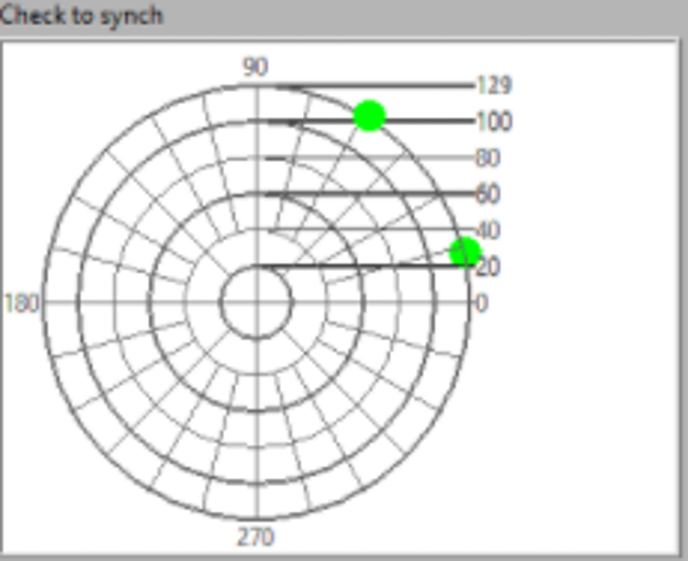 Fig. 7: Checking phase angle before synchronize the generator to the grid.

Fig. 8: Strip Chart of frequencies after synchronized the generator to the grid. 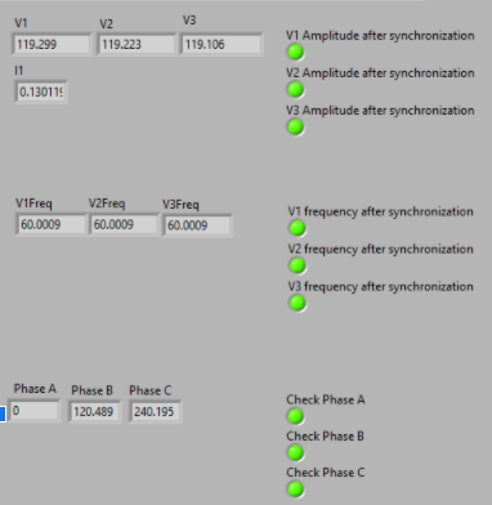 Fig. 9:  The results after synchronize the generator to the grid. 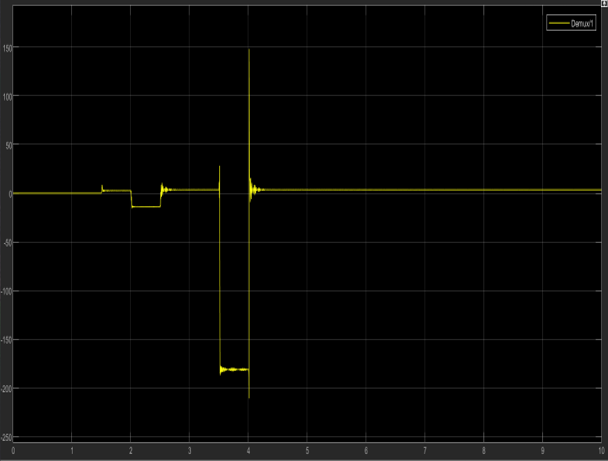 The 3-bus system was successfully implemented to be ready for future use. For the second part, the SEN transformer simulation is required to be tested in various conditions before moving to implementation. MATLAB Simulink model is finished with the desired results. The next step of this study is to build the SEN Transformer and connect it to one of the transmission lines to control the active power by varying the angles on the transmission lines.