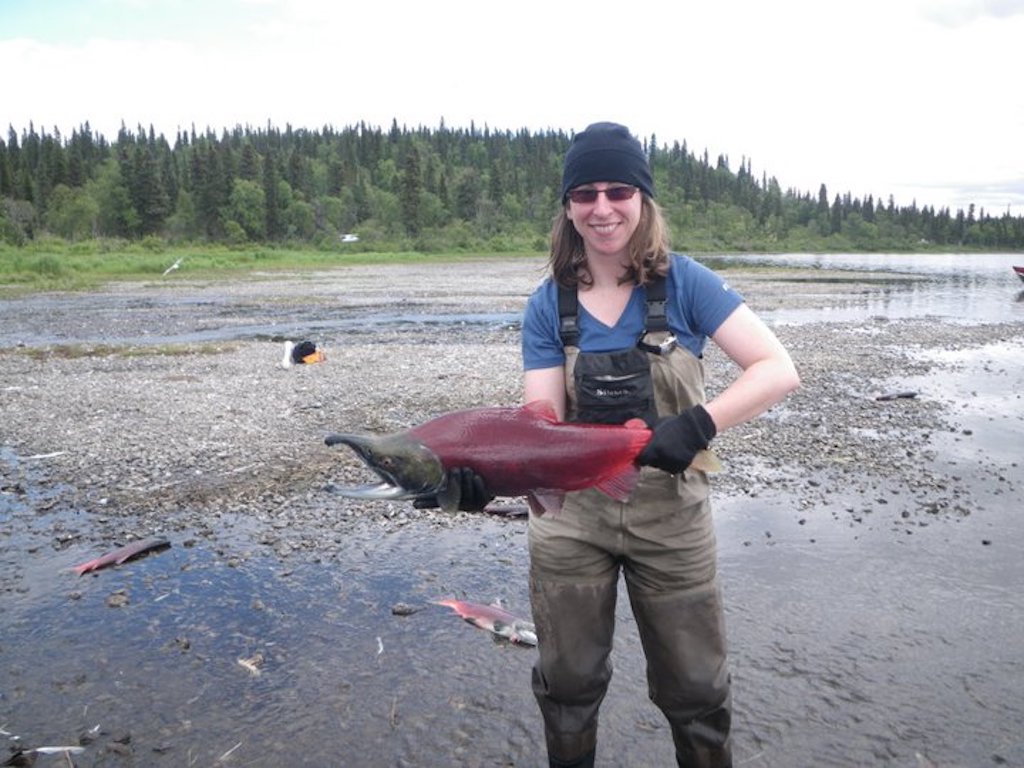 Stepping into the office of Amanda Rosenberger, associate professor of biology at Tennessee Tech University, guests are welcomed with illustrations of various aquatic species– fish and mollusks in particular. The room is decorated with eccentric artwork from family members and depictions of the freshwater creatures that she holds so dear. She offers a welcoming smile and begins to talk about her niche field of malacology – the study of mollusks.

Rosenberger started doing field work when she was 17 years old in Massachusetts. She went to college early at Bard College at Simons Rock where her undergrad advisor, Bob Schmidt, took her to do field work in South America. There she found her love of tropical fish ecology. From there, she earned her master’s degree at the University of Florida and her Ph.D. at Virginia Tech.

“I had met my husband while I was in Florida, and I kind of realized I wanted to do ‘in-country’ work,” Rosenberger said. “As much as I loved tropical field ecology – it was amazing, life-changing stuff - but North America has quite a variety of fish species as well and they’re just as much in need of conservation if not more so.”

She focused her studies on the Roanoke logperch, a federally-listed species that was at the time thought to be only found in Virginia, though there’s now a known population in North Carolina as well. Rosenberger decided to work with large-scale management problems to maximize the impact she could make. It was this that led her to her first assistant professor position in Alaska.

“I fell in love with the Tanana River Valley and I saw for the first time a large river system that was wild,” Rosenberger said. “In the sense that, it wasn’t dammed, it wasn’t channelized, it wasn’t developed. And I just wanted to go poke around so badly. It is life-changing and wonderful to work in an area that is less impacted by humans. You get to sort of see animals do what they do best. It gives you an insight on what potential habitats have – which I think sometimes we lose because we have sort of a shifting reference where something looks wild but compared to how it was it’s not at all wild. And in Alaska you kind of get to see how things look before we got in the picture – not completely but a little bit better.”

Rosenberger, along with her team of graduate assistants and a research associate at Tech, use their expertise on muscles to research human impact on the aquatic species and where this needs to be fixed. Tennessee has been an excellent place to study this freshwater creature, she says,

“If you look at a hot-cold map of diversity and the freshwater world, we are in the reddest of the red zones right here, especially the temperate world,” she said. “Obviously the Amazonian Rainforest has a jump on us, but when it comes to temperate climates, we are it.

“And in terms of freshwater mussels, even if you include South America, we are still it,” she said, “I feel like I landed just right where I needed to be, and that’s a good feeling.”

Rosenberger says she has been thankful for her colleagues at Tech and the connections she has been able to make so far here to help her along in her studies.

“It’s nice to be able to go into someone’s office and have a chance of actually talking to them when you have a problem, which I didn’t necessarily have at the larger universities,” she said. “There are great partners at Virginia Tech, great partners at Kentucky, North Carolina and Alabama. I kind of feel like I just have within very easy reach some of the best freshwater scientists and freshwater resources at my fingertips. It’s just up to me to make those connections and take advantage.”

For students interested in zoology and similar research fields, Pennebaker Hall is a welcoming spot, open for future researchers. Rosenberger encourages students to learn about the hidden rivers of Tennessee and truly appreciate the beautiful nature that surrounds them.

“I’m biased, but I really hope that we will continue as a society to prioritize conservation of biodiversity. It’s my job to give people as many tools as I can to help make that happen.”