Many who spot a school of fish swimming downstream don’t pay a second thought to where the fish came from or where they’re going. However, that question, as well as what the fish leave behind them as they travel, has been the subject of ongoing study by Tennessee Tech University researchers. 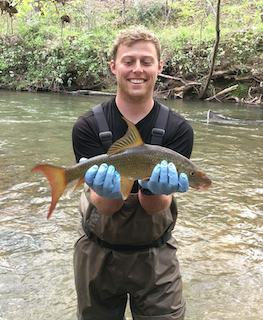 Kit Wheeler, assistant professor of fish ecology at Tennessee Tech, and his students have been studying a particular group of fish in Citico Creek, which is a tributary of the Little Tennessee River. The fish, called a buffalo fish, have been making a big impact on their environment as they pass through.

While living in the saltwater, the salmon eat things not available to them in the freshwater. When it is time to return back upstream, the fish will leave behind large quantities of materials that would never have been deposited in the freshwater otherwise.

“Folks began to realize that maybe other fishes besides salmon perform similar roles by connecting habitats to migrations,” Wheeler said. “And so, when I started here at Tech, one of the things that we really wanted to look at was the potential of some certain species here in the southeast that could serve those same roles.”

The buffalo fish, studied by Wheeler and his students, have a similar life cycle to the Pacific salmon, though these fish don’t travel to the sea. Instead, they migrate up and down the Little Tennessee River.

“We thought that the migration of the buffalo in Citico Creek was potentially delivering large quantities of nutrients to a system in the spring – a time when those materials can be very meaningful in terms of sustaining dynamics in our system where they spawn,” said Wheeler.

In their experiments, they found that the fish add an estimated 3,200 pounds of nitrogen and 1,300 pounds of phosphorus to the stream during their migration.

“We feel like we have a documented this delivery of materials, and now the very logical follow up question is: what happens to it?” Wheeler said.

Wheeler had hoped that he and his students would continue research in Citico Creek, however the existence of several federally protected species hampers further research in this area. They have shifted gears to identify another type of fish called the redhorse and are researching to see if the same type of nitrogen and phosphorus deposits result from their migratory patterns. This research on one particular species, called the sicklefin redhorse, could help efforts to conserve this particular fish by bringing to light how important they are in the food chain in the streams they inhabit.

Wheeler says he is grateful for the support of Tennessee Tech’s Water Center and biology department, as well as for the hard work of his students as they tackled this research. Projects like these give Tech students the opportunity to turn classroom learning into real-life experience that students can take with them in their future careers.

“We’ve had to camp out for a while in pretty miserable weather, but it’s been great to be able to observe these fish and discover the ecological role that they’re playing in these systems,” said Wheeler. 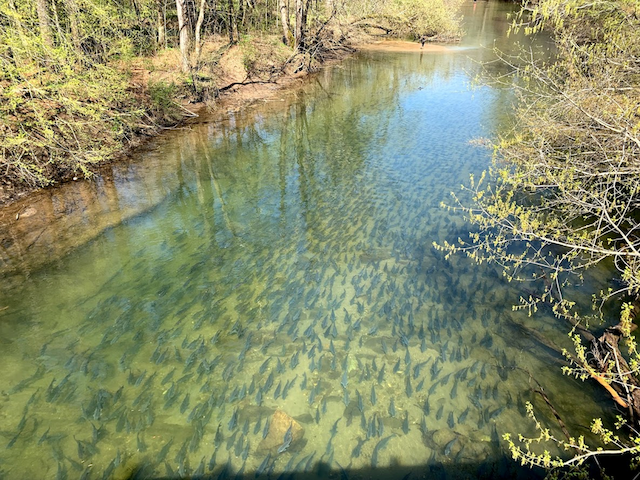