History of the Herbarium

Establishment of the Herbarium

The Hollister Herbarium was unofficially created in

1930 when fern specialist Dr. Dorr R. Bartoo began assembling a collection of plant specimens for teaching. In fact, the oldest specimens in HTTU's collection were collected by Dr. Bartoo himself in 1924. Dr. Bartoo was the first Ph.D. to be appointed to Tennessee Tech's faculty in 1929. He was well loved by faculty and students; in 1930 he was even voted "Professor of Personality. " He served as Chair of the Department of Biological Sciences at Tech until his death.

Upon Dr. Bartoo’s passing in 1943, the collection continued to grow as a result of 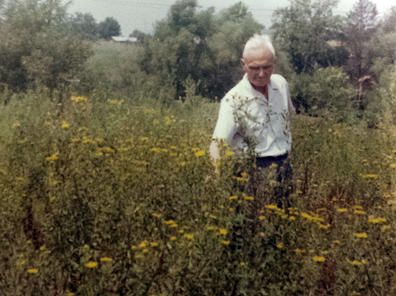 the work of Dr. Paul L. Hollister. Dr. Hollister was an Associate Professor of Biology at Tennessee Tech from 1950 to 1971. He was a talented botanist with a great interest in the Asteraceae, especially species in the genus Chrysopsis (now recognized as Heterotheca, or camphorweed). He participated in the Smoky Mountain Wildflower Pilgrimages and was an active member of the Tennessee Academy of Science for almost 29 years.

In 1969 Dr. S.K. Ballal officially named the collections as the Paul L. Hollister Herbarium, which had now vastly outgrown their original storage location in the West Annex. Dr. Ballal used the collections as a reference for both teaching and research. Dr. Gordon Hunter began at Tennessee Tech and oversaw the growing collections in collaboration with Dr. Ballal. Dr. Hunter was very interested in the genus Vernonia (ironweed), also in the Asteraceae. He served as Chair of the Biology Department at Tech and then as a faculty member until his retirement in 1994.  Dr. Hunter was an outstanding teacher, receiving numerous awards for his charismatic lectures.

In 1996, Dr. Felix Coe took over as director and expanded the collected through extensive field collections throughout Tennessee. Wayne Barger served as curator from 2001-2006, and was followed by Dr. Christy Carter from 2006-2013. Dr. Shawn Krosnick has been director of the herbarium since 2013. The collection has grown by leaps and bounds since its initial creation in 1930. At present, there are ca. 40,000 specimens, with greatest strengths in species from the Upper Cumberland Region of Tennessee. It is our hope that the Hollister Herbarium will continue to grow over the next decade through increased specimen collections from Tennessee, surrounding states, and international locations.