The Department of Biology at Tennessee Tech has an active graduate program with students enrolled in the M.S. (Biology) program or the Ph.D. (Environmental Sciences) program. Read more about our current graduate students below.

My dissertation research will focus on nutrient retention and methane production in restored floodplain wetlands. I am interested in understanding how interactions between methane and nutrient dynamics can influence aquatic food webs. 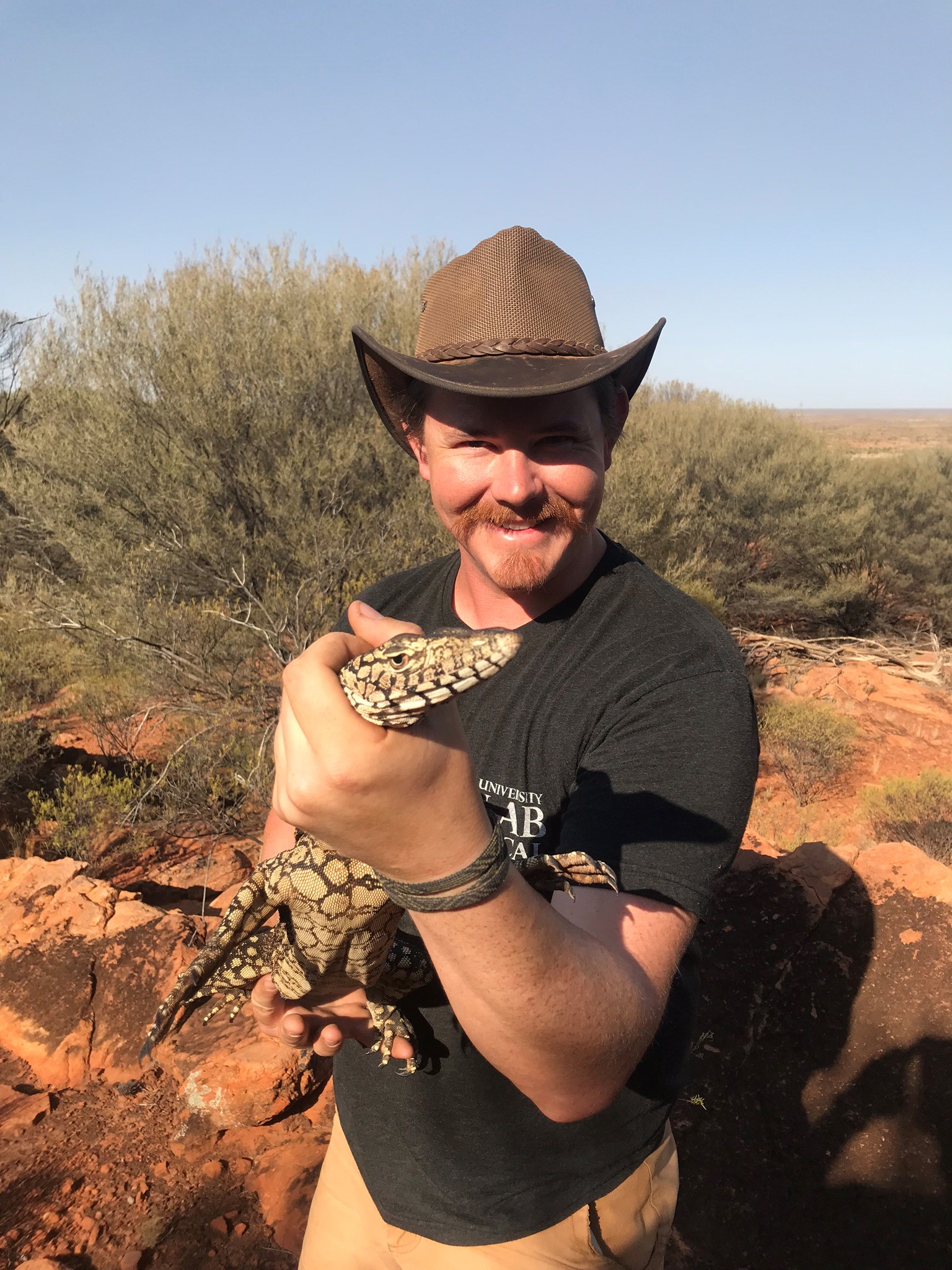 My dissertation is on snake fungal disease (SFD), a fungal pathogen effecting wild snakes across the Eastern United States. My research focuses on snake’s immunological response to the disease and how SFD effects snake demographics, communities, and trophic interactions with prey communities. During the winter months, when Tennessee snakes are hibernating, I studying the spatial ecology and nesting ecology of Australia’s largest lizard, the perentie (Varanus giganteus) in central Australia.

State-wide mussel surveys have documented declines in mussel diversity in the Ozark region, including the Meramec River basin, a hotspot of mussel diversity in Missouri and the Midwestern United States.  Pinpointing causes of these declines and where threats cause the most risk to populations is an ongoing challenge for management.  We aim to develop a spatial assessment of the status and risks to species-rich concentrations of mussel assemblages in the Meramec River Drainage.

I am a molecular ecologist, utilizing environmental DNA (eDNA) to determine the presence and delineate the distribution of fishes in the Duck and Clinch rivers in Tennessee. Specifically, I focus on endangered organisms, like the Pygmy Madtom (Noturus stanauli), as well as invasive species, like the Silver Carp (Hypophthalmichthys molitrix). Additionally, I utilize high-throughput sequencing to assess how land-use patterns influence fish communities.

I am working on an ecotoxicology project around brook trout restoration in a small headwater stream. my project is looking at the effects of a piscicide called Antimycin and its effect on non-target organisms such as macroinvertebrates and periphyton. 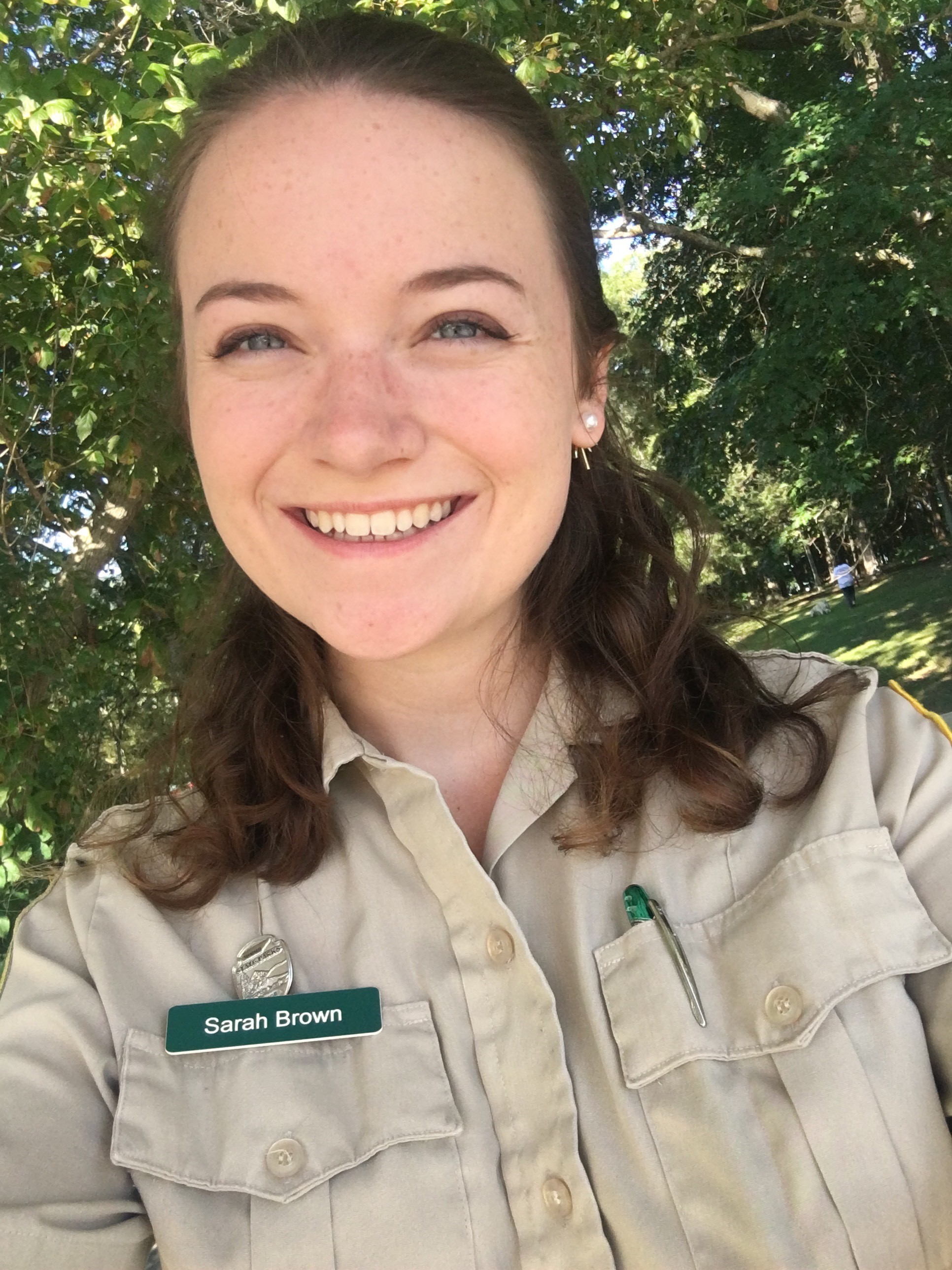 My thesis work is on diet selection and competitive interactions of non-target species at bird feeders.  This is a trail camera study taking place is several locations in middle and east Tennessee.  Since little scientific information is available regarding non-target behavior at feeders we are studying this phenomenon.  The objectives of the study are to document seed use and selection of these species at bird feeding stations. My secondary objective is to document the occurrence and outcomes of agonistic interactions between birds and non-targets visiting these stations.

I will study temporal changes in freshwater fish communities, where community structure will be characterized in a subset of streams that were sampled 20 years ago using the Index of Biotic Integrity to quantify changes over the last two decades.  Springs will be evaluated for mosquito fish distribution and habitat suitability for potential Barrens Topminnow introductions.

I will investigate the life history, population status, and habitat selection of Longnose Darters (Percina nasuta) in the St. Francis River, Missouri. 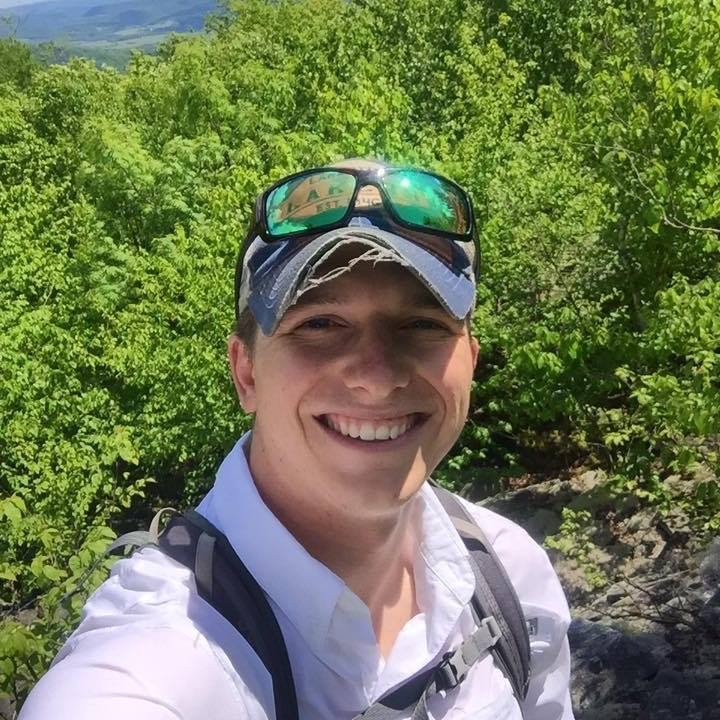 My thesis focuses on the nuisance algae, Didymosphenia geminata, and how it responds on the cellular level to changes in water quality. To do this I am using Fourier-transform infrared (FTIR) microspectroscopy to measure changes in macromolecular content of D. geminata cells that have been incubated across a gradient of water quality treatments.

I am examining the ecological, genetic, and geographical factors to species diversification in snapping shrimps. We are reconstructing phylogenies of multiple species groups within the genus Alpheus. We will use these phylogenies to determine if symbiotic relationships promote speciation in sympatry, and if sympatric sister species are more variable in genome size than allopatric species pairs (suggesting genetic reinforcement).

I am transferring an existing habitat suitability model for freshwater mussels between rivers in the Ozark ecoregion, Missouri. Habitat suitability modeling that includes hydrogeomorphic variables such as, stream power, channel controls, and refugia, have been successful in predicting mussel establishment and persistence.  This model uses easily accessible spatial data for the purpose of transferring it to areas with little survey information. 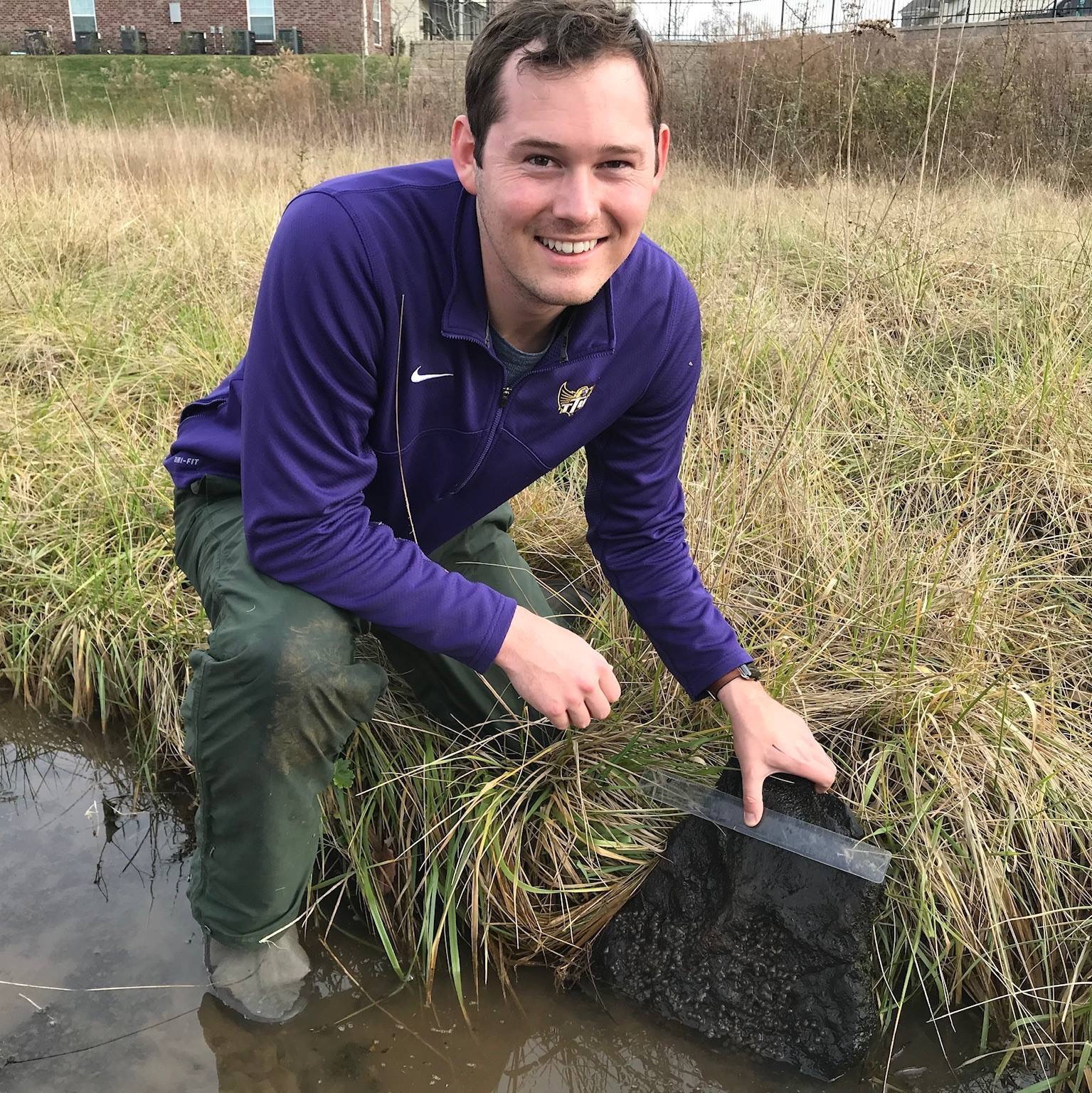 My research aims to show how genomics can play an integral part in efficiently resolving conservation issues surrounding a cryptic non-model species, Ambystoma barbouri (the Streamside Salamander) in central Tennessee. Using a combination of genotyping-by-sequencing (GBS) and GIS landscape genetic tools, we hope to provide a clear-cut example of applied conservation genomics by enhancing the understanding of A. barbouri genetic diversity in Tennessee and clarifying conservation units and priorities for future management decisions. Additionally, the identification of regionally-specific barriers and facilitators of gene flow will promote better conservation practices focused on factors such as land use changes and their effects on this state endangered amphibian in a heterogeneous and highly-fragmented landscape.

I am studying the habitat use of the federally endangered bluemask darter on the Collins River, with implications for reintroduction in the Calfkiller River.

I will be exploring the spatial ecology of bats for my thesis. I will also be assisting in the acoustic survey of bat populations on Air Force bases.

I am studying molecular and evolutionary biology, using differential gene expression as a tool for assessing homology between unique extrafloral nectaries in the genus Passiflora, including the Tennessee State Wildflower Passiflora incarnata (Passionflower) and its relatives.

My thesis work is going to be creating a taxonomic identification key and undergoing a behavioral study of an unidentified species of wolf spider discovered in Arizona.

I am studying urban bat hibernation characteristics and locating hibernacula in the Cookeville area. 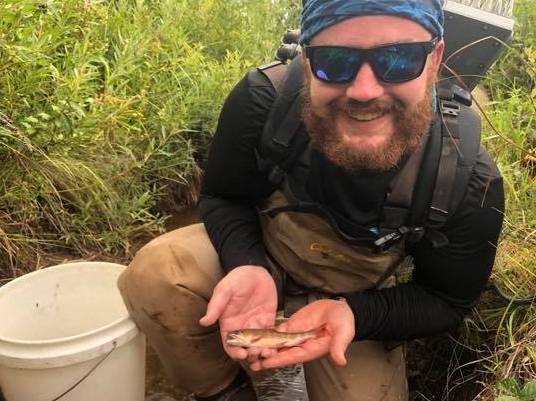 I am currently working with migratory catostomid fishes in Citico Creek, located in East Tennessee. I am working to quantify the nutrient subsidies these fish deliver to their spawning grounds via carcass, egg, and excretion inputs. Additionally, I am conducting lab studies to further understand the influence of fasting and acute stressors, such as capture and handling, on nitrogenous waste excretion in fishes.

My project is looking at the influences of elevation on the relative abundance and activity patterns of Southern Flying Squirrels in Eastern TN.

I am researching the distribution of the mat-forming algae Didymosphenia geminiata (Didymo) in southern Appalachian Watersheds and its effects on macroinvertebrate diets. 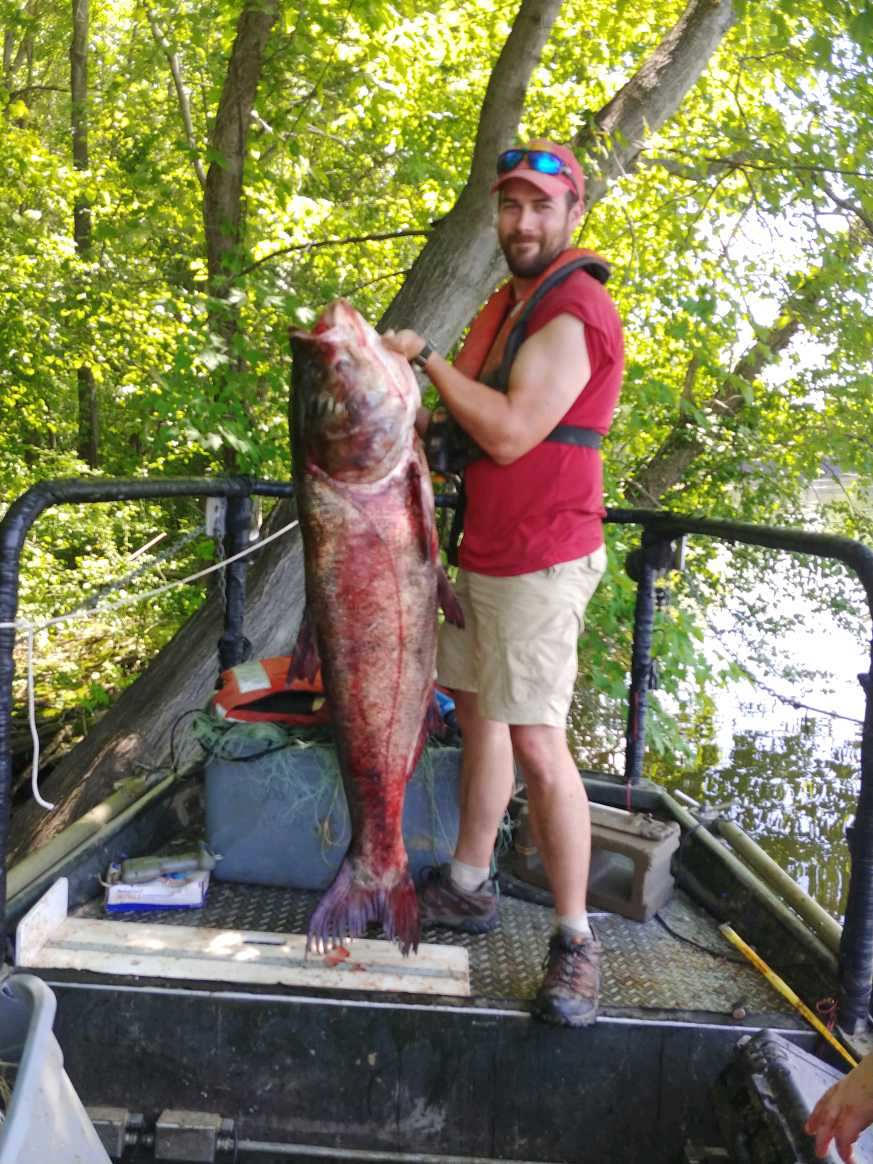 My research focuses on monitoring and modeling the impact of Bighead and Silver Carp commonly referred to as Asian Carp on the sportfish and native fish communities of the Tennessee and Cumberland River basins.

Schedule Your Visit
College of Arts & Sciences
Apply Give Visit