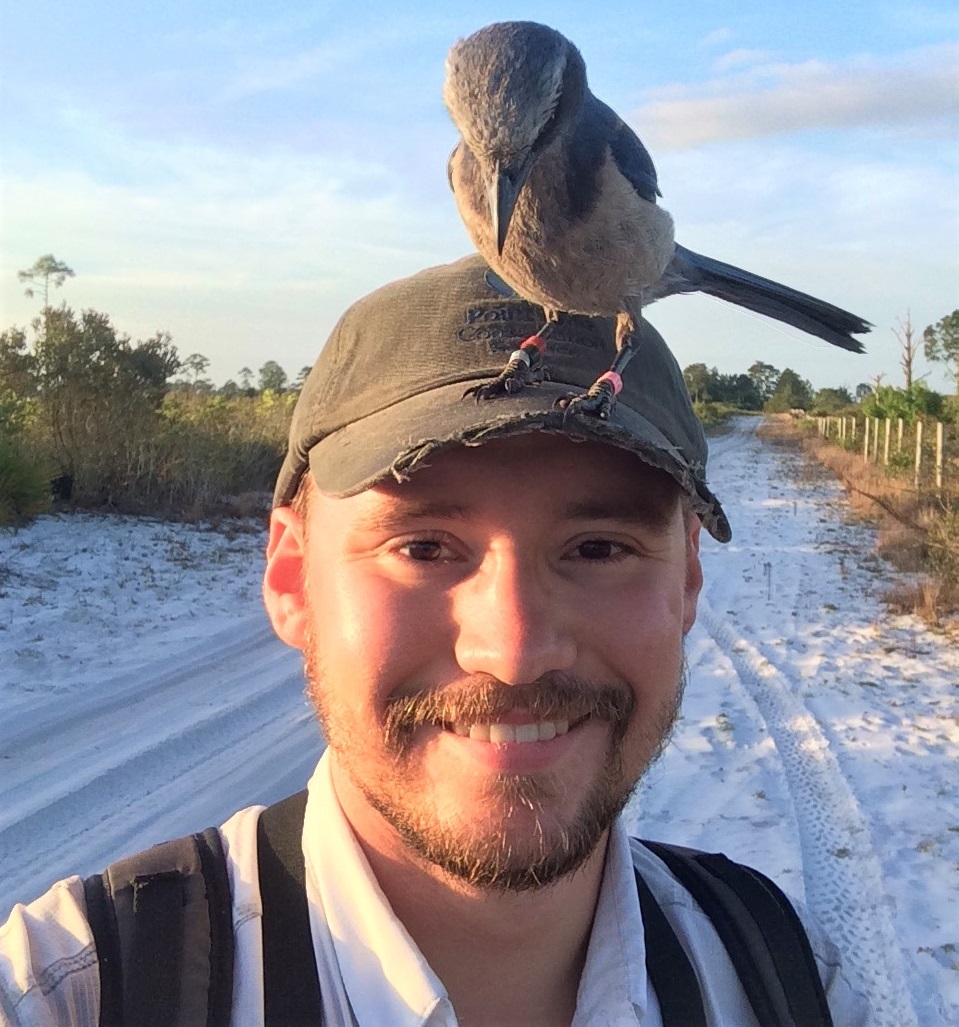 David Sherer is a Senior Fish and Wildlife Biologist with the U.S. Fish and Wildlife Service (USFWS), where he applies ecology and environmental policy to conserve threatened and endangered species of fish, wildlife, and plants, plus their habitats. David is certified as an Associate Wildlife Biologist® and was an active member of Tennessee Tech University’s student chapter of The Wildlife Society from 2012 to 2014.

David earned his B.S. in Wildlife and Fisheries Science from Tennessee Tech University in 2014. Post-graduation, David bridged a 3-year gap between undergraduate and graduate studies with multiple research internships in bird ecology and conservation at Point Blue Conservation Science in Bolinas, California, and at Archbold Biological Station in Venus, Florida. David completed a M.S. in Biology at the University of Central Florida in 2019, with a thesis in the ecology and behavior of Florida scrub-jays. During his final summer as a graduate student, David was selected for a Directorate Fellowship with the USFWS at the Attwater Prairie Chicken National Wildlife Refuge in Eagle Lake, Texas.

David joined the USFWS full-time in 2020 as a biologist at the Ventura Fish and Wildlife Office. While in Ventura, he administered the BeachCOMBERS program – a citizen science initiative of over 100 volunteers plus external partners that tracks marine mammal and bird carcass deposition on California beaches – and furthered conservation and recovery of birds in coastal California as the lead biologist for several threatened and endangered species. David advanced to his current role with the Pacific Southwest Regional Office in 2022 and now coordinates Endangered Species Act implementation through inter-agency consultations under section 7, with an emphasis on California statewide transportation infrastructure projects. He is active in conservation education and outreach in his community, both informally and as an Employee Ambassador, and mentors students and aspiring conservationists at all levels.