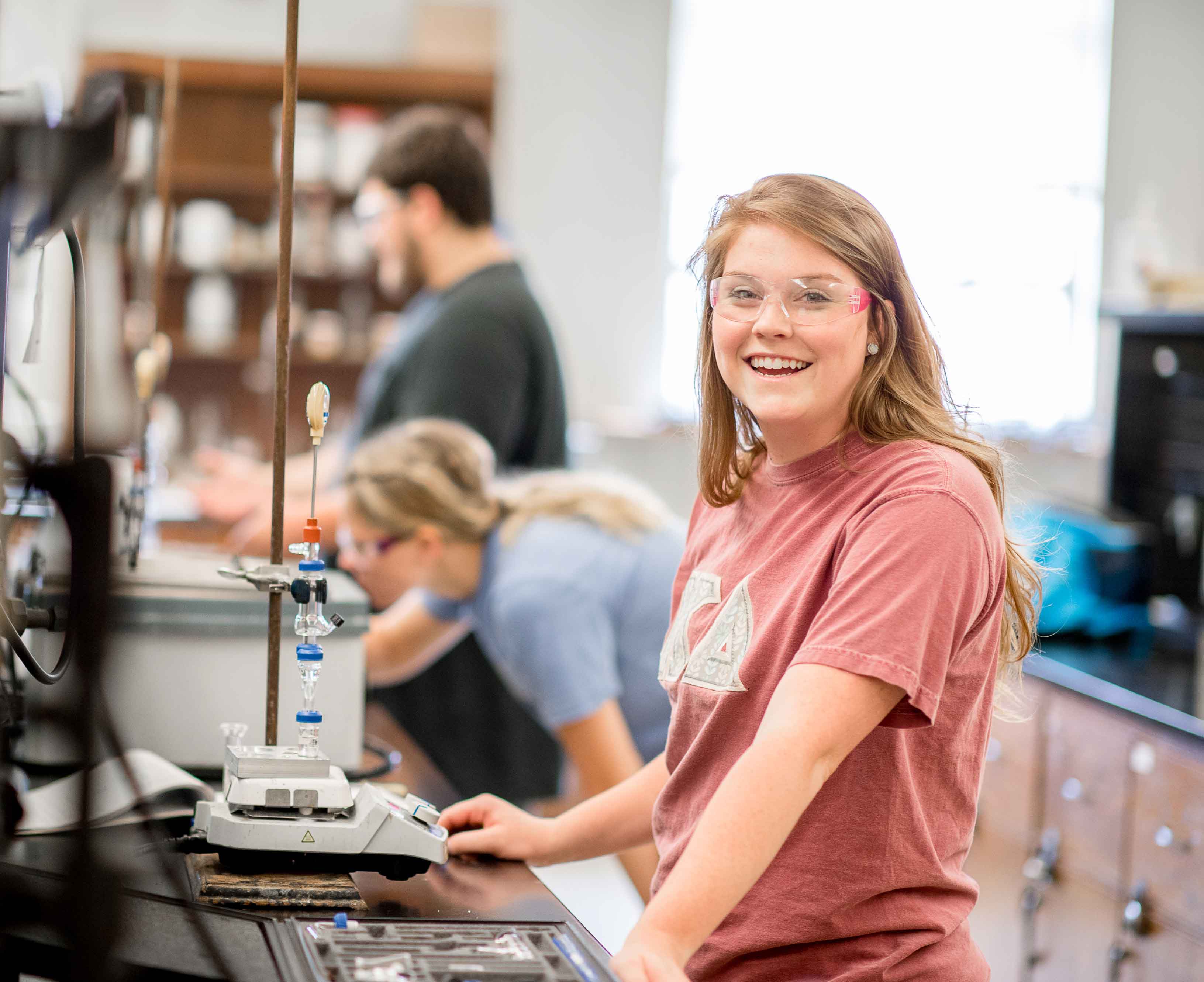 Chemistry is the central science, and a background in chemistry can lead to a multitude of careers. Many careers are things you may not have thought of before now. For example, who do you think makes toothpaste a paste? Who makes slow-release fertilizer to be slow release? A formulations chemist, that's who! Chemists are at the center of just about everything - and that's why chemistry is called the central science. A degree in chemistry also prepares you for a large number of graduate programs in the chemical or closely-related sciences. Most students at Tennessee Tech earning degrees in chemistry typically go on to MS or PhD graduate programs or professional schools. However, you don't have to go to graduate school to begin a career as a chemist. The American Chemical Society has many excellent articles that demonstrate the breadth of careers undertaken by chemists and the impacts they have on humanity. Explore this website and see for yourself how many awesome possibilities a background in chemistry may have for you.

What careers can I have in chemistry?

A chemistry degree can lead to a career in many different fields. Here are just a few examples of types of industries which hire chemistry majors:

A few examples of jobs for chemistry majors are:

Why study chemistry at Tennessee Tech?

Tennessee Tech Chemistry involves more undergraduates in research than any other school in Tennessee – plus, more than most in the Southeastern United States. You can join a research lab as early as your Freshman year. It’s hard to beat experience, and experience is what you’ll get at Tennessee Tech. In addition, students conducting research typically present the results of their research at local, regional and national meetings each year. We generally have one of the largest groups attending the National American Chemical Society Meeting each year as well. For many years in a row now, our ACS Student Member Chapter has been ranked in the top 10% nationally, being recognized at the “Outstanding” level. With twenty-three faculty in the department, students have a wide array of research to select from, and we start each fall semester with a Research Mini-Symposia where you can watch 10-minute presentations by faculty in each of these research areas. This is their invitation to you to get involved.

After students complete general chemistry, our class sizes are well suited for the personal experience you expect in college (15-35 students per class), and you have the opportunity here to get to know your professors well.

For those interested in the interface between chemistry and biology (biochemistry and molecular biology), we have five faculty in that area as well as an active American Society of Biochemistry and Molecular Biology (ASBMB) Chapter Club. Students travel to that national meeting each year, as well.