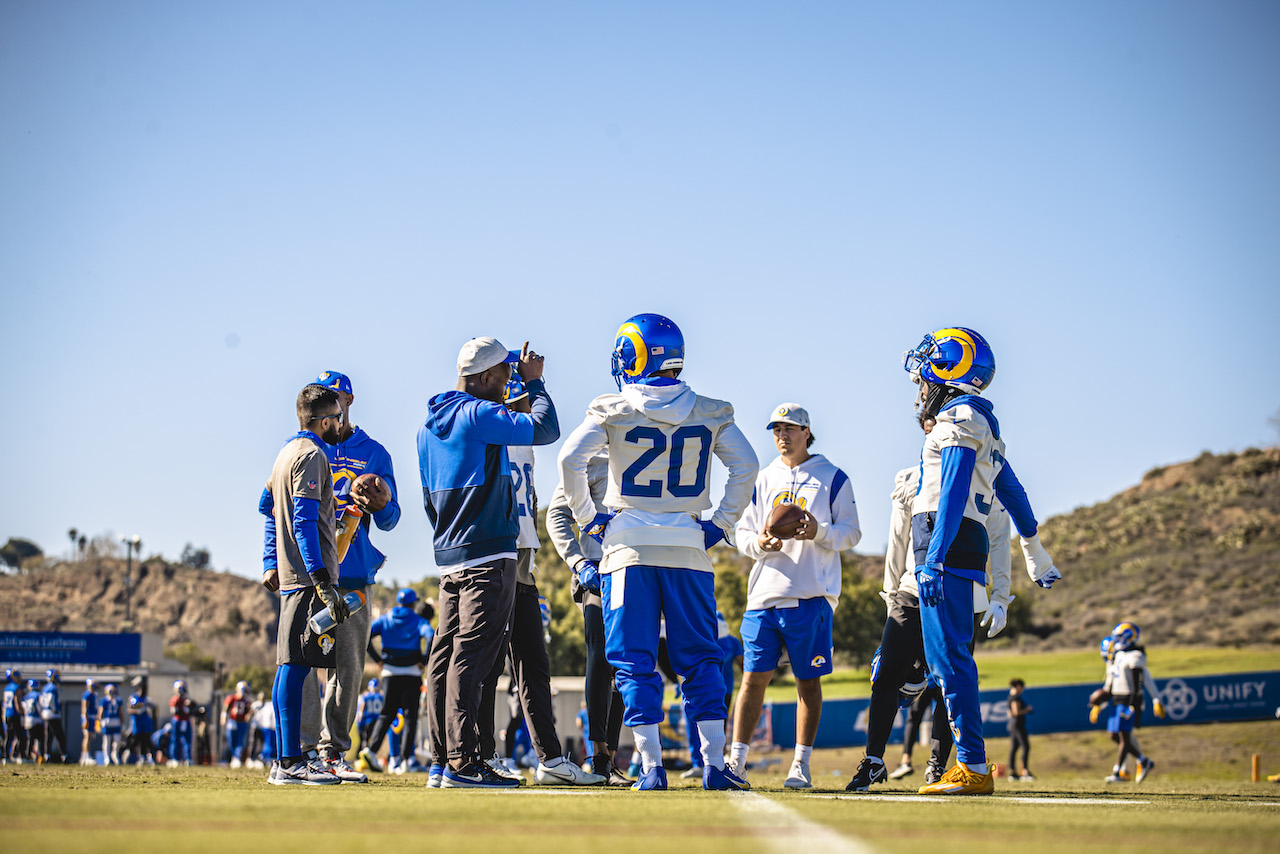 Tennessee Tech alumnus Carter Crutchfield attended his first ever Super Bowl in person last month, however he wasn’t in the stands with the thousands of spectators. He was down on the field, standing on the sidelines as the assistant to Los Angeles Rams’ coach Sean McVay.

“It just felt so surreal because it happened so quickly,” Crutchfield said. “But you know, honestly, like during the national anthem, it kind of hits you and you're like, ‘Man, I'm standing on the sidelines.’ That was super. It was pretty special for me.”

Crutchfield graduated from Tech in 2013 with a degree in marketing, and playedon the football team, even helping to win the Ohio Valley Conference championship trophy in 2011. However, he didn’t come to the university knowing that he wanted to work in football professionally.

“I honestly I wasn't really sure exactly what I wanted to do,” Crutchfield said. “I knew that I was always very drawn to athletics. I thought about pursuing a career in athletics. I wasn't sure in what capacity but I was also very open to, you know, other directions. That's kind of why I majored in marketing.”

He interned at the University of Tennessee in their athletics office during the summer before his senior year and found himself loving the environment. When he graduated from Tech, he joined the staff at Austin Peay State University and then followed the head coach Will Healy to the Charlotte 49ers in North Carolina.

It was just about six months ago that Crutchfield got the opportunity to move on to working with Coach McVay in Los Angeles where the majority of his day is taken up by handling the team’s scheduling logistics and handling all the details so that McVay can focus on coaching.

Crutchfield now lives in Los Angeles with his wife Sarah, also a Tech graduate, who was a teacher in Nashville for about five years before their move to Charlotte. He’s still taking in the Ram’s Super Bowl win this past February, and is grateful for his time at Tennessee Tech that helped propel him toward this future that he never imagined possible when he was still a student.

“I think back to my classes and even what I majored in – marketing,” he said. “I tell people all the time: recruiting is marketing. You're selling yourself. You're selling a school. Marketing really helped me and kind of molded me into who I am. It's a great experience. I wouldn't trade it for the word.”