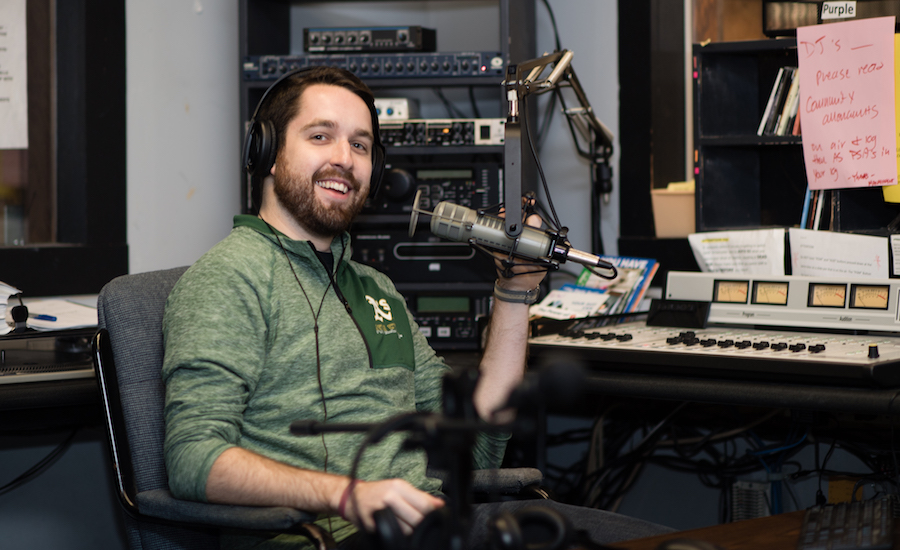 From an eagle to an elephant, Drake Fenlon has worn many outfits in his post-collegiate mascot career.

The Cookeville native and ‘15 communications graduate originally wanted to be a morning TV news host, but his plans changed when he got involved with Tech’s cheer squad.

“I grew up watching Awesome Eagle,” he said. “As a dorky kid, I didn’t really care about the basketball game as much, so I would watch Awesome Eagle instead.”

During the time he was a part of the mascot program, he took Awesome Eagle to new levels. His routine took the top spot in the open mascot division in the Universal Cheerleaders Association national competition his junior year.

That was the third time Awesome competed in the competition, making it the most memorable experience of his college career.

“I recommend NOT doing that,” he said with a laugh. “It was fun, but exhausting.”

While at Tech, he was involved in a number of additional organizations. From being a member of several athletics committees to Tech Players and the managing editor of the Oracle, he was a face known around campus.

He is also a 2015 recipient of the Derryberry Award, the university’s highest award.

Since he graduated with a communications degree, he has slowly moved westward, revving audiences up by dressing as a variety of mascots for different teams. He’s gone from a lion, to a wolf, a donkey then a dog.

And as the 2019 Major League Baseball season gears up, he will don the mascot for the Oakland Athletics, the elephant known as Stomper.

“It’s a new journey, new adventure,” he said. “I’m looking forward to it.”