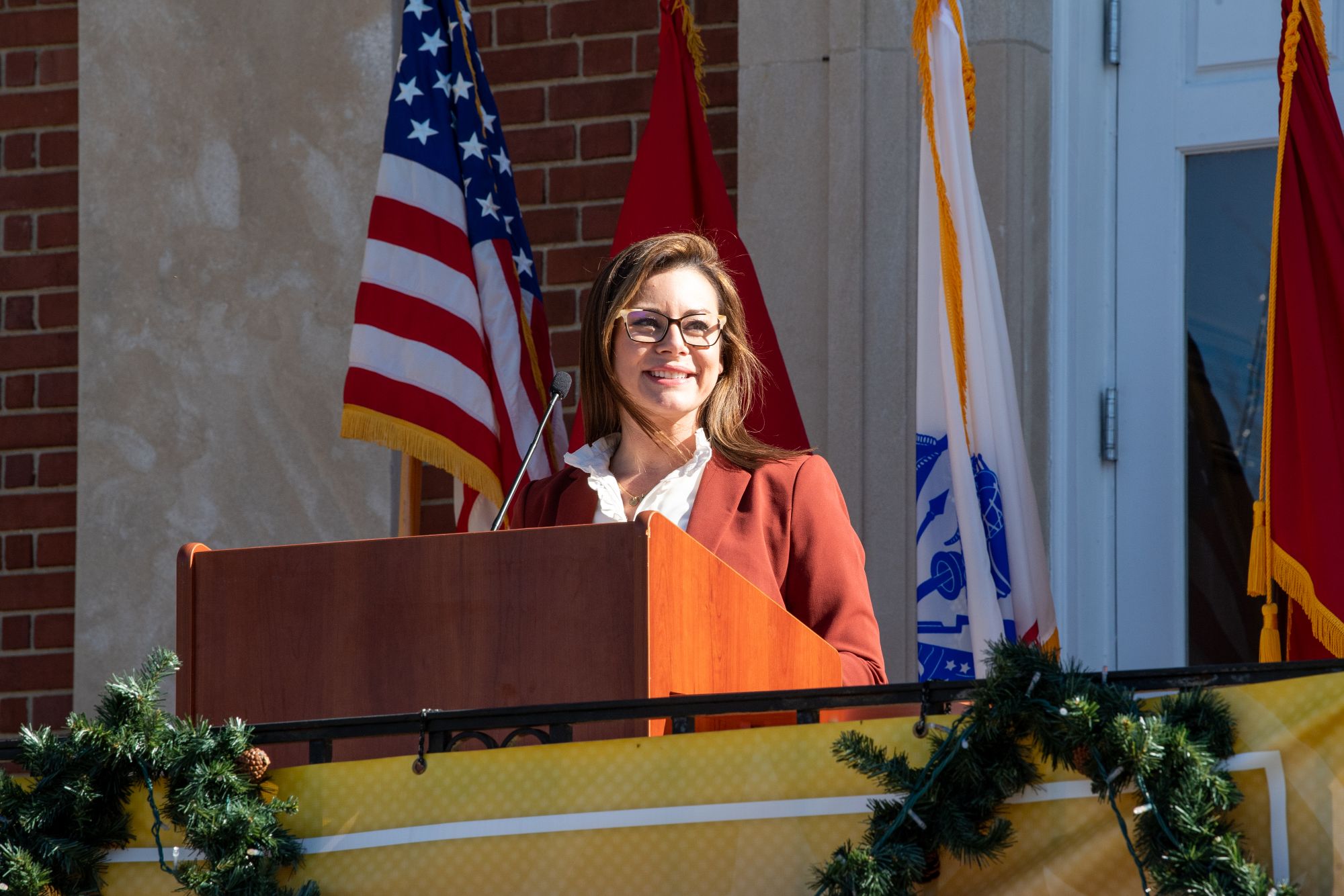 Mary McCaskey is the Director of Financial Aid & Veteran Affairs and a VA School Certifying Official for Tennessee Tech. She works directly with students and the VA to ensure that each veteran and military family member maximizes their education benefit and that the university receives payment in a timely manner. Mary has been working directly with military and veteran students at Tennessee Tech since 2015 but has been working in support of military families as a civilian ancillary since 2008.

She has a passion for serving those who have served and has made it a personal mission to ensure all military and veteran students are treated with compassion and respect. She has been recognized for her volunteer and philanthropic efforts by the 2nd Squadron 17th Cavalry Regiment, 101st Combat Aviation Brigade, 101st Airborne Division (Air Assault), Fort Campbell, and the United States Army. Mary is also a recipient of Order of St. Joan D'Arc Medallion for her significant voluntary contributions to the Armor and Cavalry communities. In addition to her extensive volunteer efforts, she also served on the board of the PCCMP, an endorsement agency for chaplains and military personnel, for six years.

Luke Notman comes to us from the University of Alaska Fairbanks, where he supported over 800 military-affiliated individuals. Throughout Luke’s life, he has had the opportunity to live in many different areas of the United States and around the world. This was due to his commitment to the United States Air Force and the pursuit of a bachelor’s degree. Over the last 12 years, he has lived in Minnesota, Texas, Arizona, Washington, Alaska, and Berlin, Germany.

Before living in Alaska, he lived in Seattle, where he finished his education at Seattle Pacific University. While in Seattle, he developed his passion for serving the community through volunteer and professional work. This passion for service was highlighted during his time in the Air Force, where he served doing tactical aircraft maintenance on the F-16 fighter jet. He has continued to serve through volunteer efforts with organizations like Team Rubicon, Seattle Stand Down and Food Lifeline, to name a few.

Luke is a VA School Certifying Official for Tennessee Tech.

Charmian has lived in various cities across North America and Asia, and has amassed a variety of experiences ranging from a stint as a martial arts instructor to that of being a licensed attorney in Canada.

Charmian has a deep respect for the men and women of the U.S. armed forces, and is proud to be in a role where she can actively help them utilize the benefits that they have earned and so richly deserve.

Charmian is a VA School Certifying Official for Tennessee Tech.