First held in 2018, Tennessee Tech's Veterans Week is now a much-anticipated annual event on campus. It is organized by the department of Military and Veteran Services and features a variety of events to honor and celebrate our veteran students, faculty, and staff.

Monday, November 7
Departments across campus participate in a day of appreciation for Tech’s veteran community. 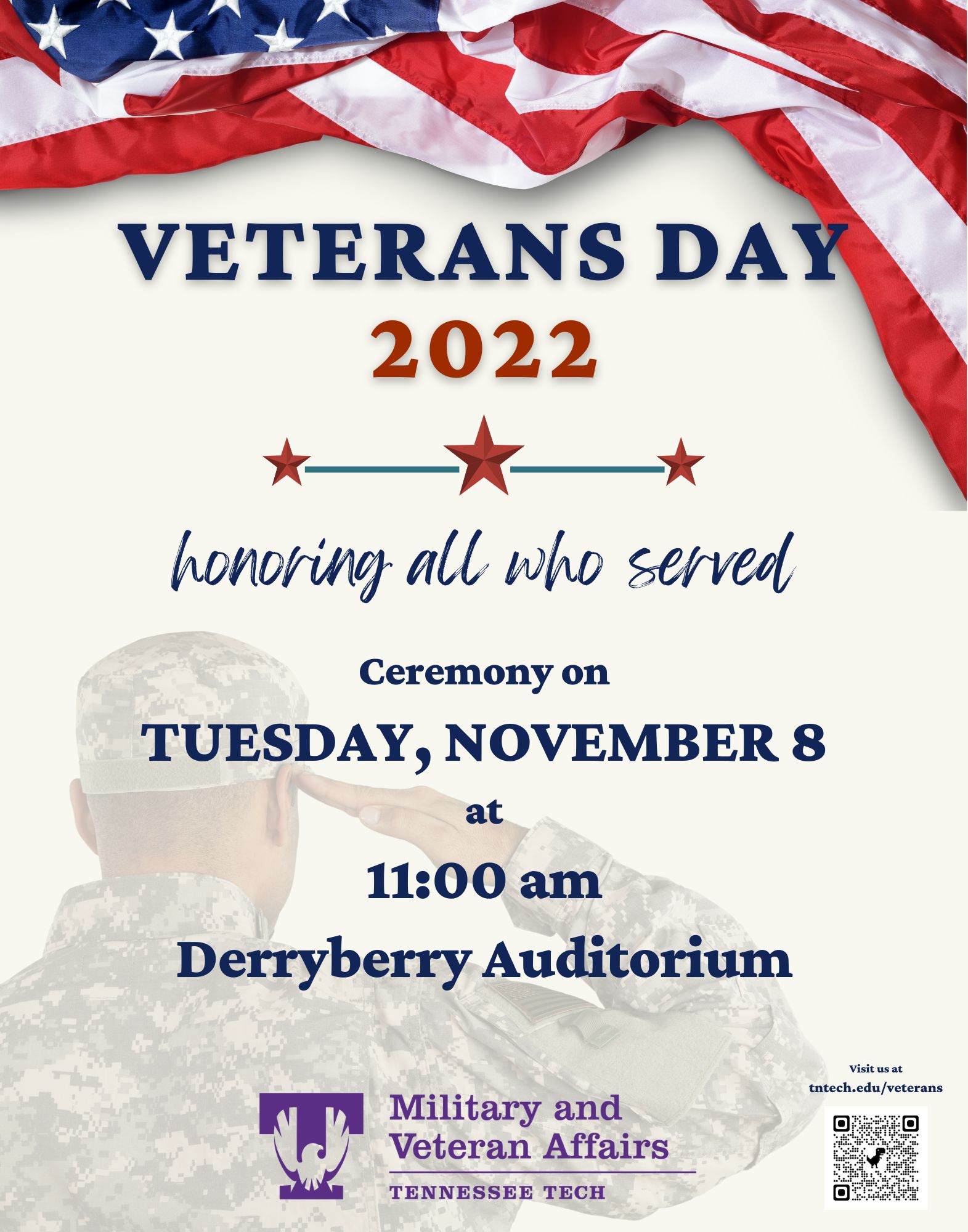 Thursday, November 10, 11 AM at Walton Park
Celebrate the 247th birthday of the US Marine Corps. At 11 AM, the SVO battles ROTC in a game of kickball at Walton Park, followed by a block party.